Share
Facebook Twitter LinkedIn WhatsApp Telegram Viber
Columbus Yachts, a branch of Palumbo Superyachts has announced the sale of the second 43-metre Atlantique yacht, which will be delivered in 2023. The news comes only three months after the first unit of the model was sold, and only five months after the Atlantique Line was unveiled to the world.Penned by Hot Lab, the Atlantique 43 is a combination of stylistic, design, and functional elements dedicated to traveling by sea, fully enjoying every single moment spent onboard

The Asian client’s choice fell on the tri-deck version with a large sun deck and 5-cabin layout. The hull silhouette has been inspired by traditional sailing yachts of the early 19th century and features a sailing yacht-style stern.

This area is characterised by the central pool surrounded by a C-shaped seat, only half a metre above sea level. Immediately behind it, only two steps up, there are two large L-shaped seats facing aft and an expandable table seating as many as 12 guests 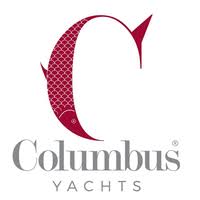 Palumbo Superyachts began to take root in 2008 when the Columbus Yachts brand was established, and in 2011 launched its first 54 meter superyacht, emblematically christened “Prima” (“the First”).

Cruising : MS Artania symbol for the future of cruises…