The Gulf of Guinea has been the global epicenter of maritime crime and piracy for some time now. However, throughout 2021 the well-established trend of increasing incidents, often involving the violent armed boarding of vessels and the kidnap and ransom of crews, has declined significantly.

Such a precipitous decline in incidents is welcomed, however, increasingly this is being met with claims that the risk to commercial operations throughout the Gulf of Guinea has also lessened. In this month’s Metis Insights, Dryad Global’s Head of Intelligence Munro Anderson shares his analysis. 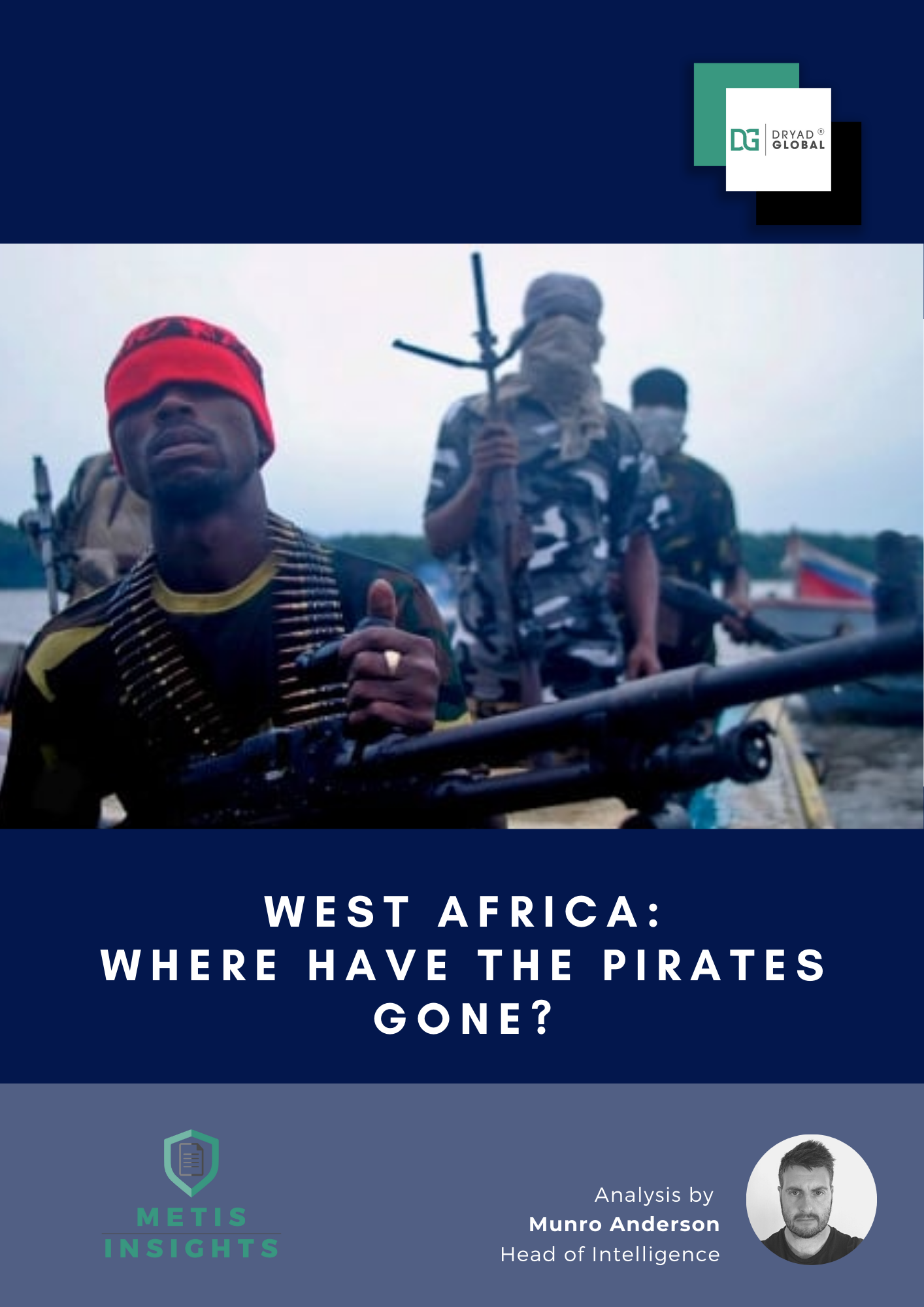 The importance of risk-based decision-making for all commercial operators within the Gulf of Guinea means that it is vital that sudden and steep changes in trends of incident data are examined in detail. Indeed, by using a simple logic-based investigation of available maritime security data, it is apparent that the basis for such a decline is likely to be fragile and conditional upon loosely correlated actions, strongly indicating the fragility of any assessment that correlates a reduction in threat with a decline in incidents.