We’re on to something very big at the moment,” stated Allard Castelein, CEO of the Port of Rotterdam Authority, in his closing remarks at the World Ports Climate Action Program (WPCAP) summit for CEO’s and working group delegates.

On the 14th of October, Castelein hosted the third virtual conference discussing progress and the way forward to realize the WPCAP’s ultimate aim of combatting climate change in the maritime sector.

The WPCAP network is made up of twelve leading international ports: Antwerp, Barcelona, Gothenburg, Hamburg, HAROPA port of Le Havre, Long Beach, Los Angeles, New York/New Jersey, Rotterdam, Valencia, Vancouver, and Yokohama. On behalf of his fellow CEOs, Castelein was signaling great headway with the WPCAP programme. “As a group of port organizations, we’re committed and passionate to make a difference. And we don’t stop at the level of making promises, we want to deliver. Society at large is expecting this from us.” 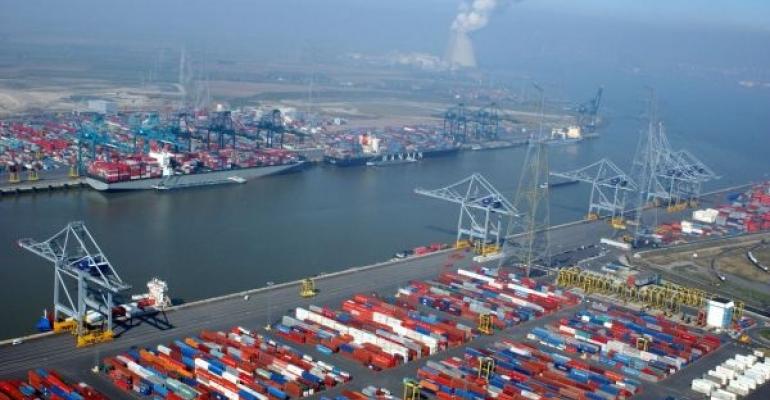 One could say that the WPCAP boulder starts to move, and not just one. A clear example is the power-to-ship working group. Starting two years ago with exploring benefits of collaboration in trade lane coalitions, followed by detailing financial benefits, the hope was to reach 2022 a joint agreement on implementation. But the ports of Antwerp, Bremerhaven, Hamburg, HAROPA Port, and Rotterdam decided to move faster. Already in June this year, the EU Northern Range MOU for ultra-large container vessels was signed. Participating ports announced a joint effort focusing on increasing the use of onshore power supply for ships at berth.

New in the power-to-ship programme is the so-called ship owners module, providing the opportunity to assess the competitiveness of shore power compared to maritime fuels. The working group also asked a research institute to investigate the role of shore power in the maritime fuel mix. Initial results confirmed that shore power will be long-term cost-competitive, especially for the high-power demand vessels such as cruise, container vessels, RoRo, and ferries.

The power-to-ship working group also showed the capacity to work together with organizations outside WPCAP, something that is also high on the agenda of the ports network. The WPCAP objective to accelerate decarbonization of ports and shipping and achieve net-zero emissions by 2050, will require active and inclusive collaboration with the maritime industry.

At the CEO summit, it was agreed to prepare for a greater outreach to collaborate more intensely with international organizations such as Getting to Zero as well as with marine carriers, terminal operators, and regulators. The summit participants were convinced that the time is there to expand inclusive collaboration to realize the overall aim of helping to limit global warming by facilitating net-zero port-related emissions by 2050.

Meanwhile, the efficiency working group is making headway with the 2021 aim to implement a ‘no regret’ measure in a pilot between port, terminal, and shipping line. Based on a range of interviews and discussions it has become clear that the priority measures are to optimize speed between ports, improve the planning of ships calling at multiple berths in one port, improve ship/berth compatibility through improved data and finally enable ship deadweight optimization.

The working group is scheduled to issue a ship-port interface guide later this year and will then work with IAPH, IHMA, and other accredited NGOs in having an IMO paper published to commit to global implementation of efficiency measures that reduce greenhouse gas emissions from shipping.

According to the policy working group, all WPCAP ports are already leaders in the implementation of policies, though the added value would be to implement joint measures – taking in mind guiding principles of competition law. A policy inventory is complete, whilst a screening tool is nearing completion. This would help ports to select the most effective air quality and climate change policy for their environment, and it would fuel ongoing work to achieve joint policies which remain the ultimate goals of the working group.

On the topic of sustainable fuels for deep-sea vessels, the key focus is on pilot projects. Port of Rotterdam funded a biofuels demonstration in partnership with several parties, the port of Antwerp initiated the order of the world’s first hydrogen-powered tug for its fleet, whilst the Vancouver Fraser Port Authority has partnered with the Province of British Columbia and industry to launch the Clean Technology Initiative, which helps fund the trialing of lower-emission fuels and technologies by port users.

The next steps for the working group are to actively reach stakeholders on deliverables and connect with international organizations for the development of a guidance document on the introduction of sustainable low carbon marine fuels.

At the end of the session, port CEOs felt hugely encouraged. “If we showcase the projects to the world and collaborate with a growing number of organizations, we start making a vast impact”, stated Castelein. “We’re on to something very big now. Our network of leading international ports has truly gained critical mass to realize change successfully.”