With the increasing demand of customers and the competition within the market, the cruise lines are regularly enriching the cruise experiences with innovative and creative offerings onboard, outdoing each other.

There are massive cruise ships operating at the sea today. As a result, the industry attracts billions in investment every year, resulting in the entry of luxurious and expensive cruise ships into operation.

Here is a list of top ten most expensive cruise ships currently in operation around the world.

This 1,187 feet long vessel measures 215 feet in width with a gross registered tonnage of 225,282t. With 18 total decks, the vessel can accommodate a total of 6,780 guests and 2,200 crew members. The main features of the ship include a two-deck dance hall, an ice skating rink, 25 dining options and a theatre with 1,380 seating capacity etc.

Allure of the Seas Astounds with Dining & Entertainment

Two pools, FlowRiders, and rock-climbing walls. Zip lining and ice skating. The Allure of the Seas has it all — and more. Guests who love being active will never want for activities to keep them moving. There’s also a basketball court and fitness center. You can keep caffeinated with the first Starbucks® at sea.

With all those calories burned, you’ll need something to replenish them, and Allure of the Seas has food in abundance. 25 dining options, to be exact. If you want to go a bit upscale, there’s a six-course meal at 150 Central Park. Chops Grille is the ship’s steakhouse, serving up sizzling cuts, while Izumi Hibachi and Sushi offers Asian flavors. Don’t forget the Sabor Taqueria and Tequila Bar for a little spice! If you crave Italian, Giovanni’s Table is ready.

Keep entertained on the Allure of the Seas with the Broadway excitement of Mamma Mia! And don’t forget the thrilling AquaTheater shows and 3D movie theater 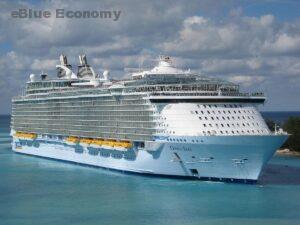 The first in Oasis-class luxury ships, Oasis of the Seas is another $1.4bn cruise ship in the Royal Caribbean International’s fleet. This 225,282 GRT vessel was the world’s largest cruise ship when it launched in 2008. While all other features of the Oasis of the Seas match with its sister vessel, the length of the vessel is reportedly 50 millimetres shorter than Allure of the Seas. However, it has been stated that the classified length of these vessels was the same and the changes were unintentional as it happened due to the small changes in the temperature of the steel used for construction. 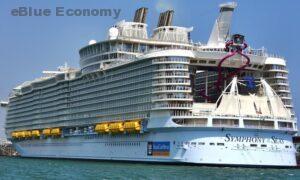 Royal Caribbean International’s Oasis-class cruise ship Symphony of the Seas is the world’s largest passenger ship currently in service. Thus, for obvious reasons, Symphony of the Seas is one the most expensive cruise ships in the world now with a cost of production of $1.35 billion. Built by STX France, the vessel measures 1188 feet in length, 215.5 feet in width and 238 feet in height, with a gross registered tonnage of 228,081t.

The ship that started its maiden voyage in April 2018 features 18 decks and capable of accommodating a maximum of 6,680 passengers and a 2,200-person crew. The features aboard this luxury cruise ship include 22 restaurants, 24 pools, children’s water park, ice-skating rink, full-size basketball court, and two 43-foot rock-climbing walls etc.

Watch robots mix your cocktail at our incredible Bionic Bar, or delight your tastebuds with an amazing choice of dining experiences. Harmony of the Seas brings with it the most slides at sea including the Ultimate Abyss (the tallest slide at sea with a 10 storey drop), and The Perfect Storm – a trio of thrilling water slides. After all the excitement end your day by snuggling up in our largest, most luxurious rooms ever. Whatever you do, there’ll be an adventure waiting for you around every corner 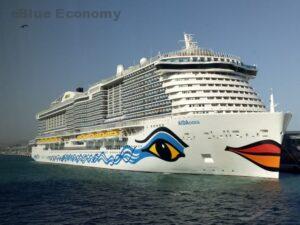 AIDA Cruises’ first of the new Excellence-class ships, AIDAnova, is reportedly the fifth-biggest passenger vessel in the world. The cost of the production of this 337 meters long luxury vessel, built by Meyer Werft in Germany, is a reported $1.1 billion. Launched in December 2018, AIDAnova’s highlight is the Green Cruising concept- the world’s first cruise ship that can be powered at sea and in port by liquefied natural gas (LNG). The 183,900 GT AIDAnova features more than 2,600 passenger cabins, with a capacity to accommodate 6,600 passengers in addition to up to 1,500 crew members. The vessel has a total of 17 restaurants, 23 bars, a luxury day spa and 360-degree theatre etc. to meet the passengers luxurious dining and entertainment needs. 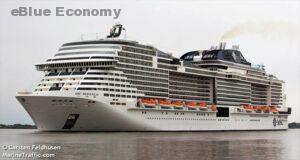 MSC Cruises’ MSC Meraviglia cruise ship is the lead ship of MSC’s new class of vessels being built by STX France. The cost of production of one ship in this class is reportedly around $1billion as this vessel is part of the Geneva-based line’s $10.2 billion investment for a total of 11 vessels to be delivered by 2026. Set its first sail in June 2017, MSC Meraviglia was the world’s 4th largest cruise ship when it launched, behind Oasis-class ships. The 315.8 meters long MSC Meraviglia features 15 passenger decks and has the capacity to house 4,500 passengers and 1,536 crew members. 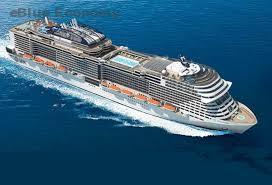 MSC Bellissima, a sister ship of MSC Meraviglia, is the second Meraviglia class cruise ship of MSC Cruises. Another ship from $1billion, SC Bellissima made her maiden voyage in March this year. Constructed by STX France at its Chantiers de l’Atlantique facility in France, the 171,598 GT MSC Bellissima has almost similar features of its sister ship. 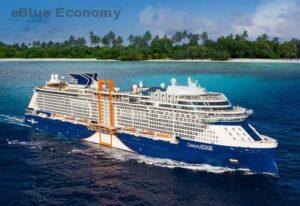 Celebrity Cruises’ Celebrity Edge is another brand new billion-dollar luxury ship currently in service. Built by STX France, Celebrity Edge is the first Edge-class cruise ship of her owner and started her maiden voyage in December 2018. This 1,004 ft-long vessel has a tonnage of 130,818GT and is capable of accommodating 2,918 passengers and 1,377 crew members. Among other entertainment and dining facilities, the ship is known for its most technologically advanced theatre, offering one-of-a-kind entertainment experience with panoramic projection screens and rotating spiral staircases etc. 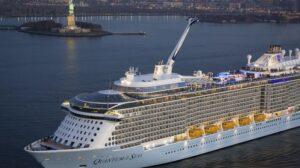 Royal Caribbean International’s Quantum class cruise ships are reportedly the third largest class of cruise ships behind their own owner’s Oasis class and MSC Cruises’ Meraviglia class ships by gross tonnage. The three ships in this class- Quantum of the Seas, Anthem of the Seas, Ovation of the Seas- has almost similar features and the cost of production, i.e. about $9.4 million.