On 11th  NOVEMBER 2021, at the Pier 1 West Side (San Cataldo Pier) of the port of Taranto, the closing ceremony of the 2021 cruise season took place, organised by the Port Network Authority of the Ionian Sea in collaboration with the Municipality of Taranto and Taranto Cruise Port.

Coloured headlights, music and water salutes gave cruise passengers onboard the majestic MSC Seaside an exclusive farewell ceremony that “lit up” the San Cataldo Pier, offering a unique spectacle to the port city of Taranto. A beam of coloured lights rose up along the pier to accompany, to the rhythm of music, the unmooring operations of the smart-ship of the prestigious international cruise line MSC Cruises on the occasion of its 28th and last call in the Ionian port.

“We salute you!”: on the notes of the rock anthem of AC/DC, the ship left the port of Taranto, lighting up the striking skyline of the Mar Grande alongside the water salute provided by the port tugs as a sign of farewell to the last cruise ship of the season. With the last call of the MSC Seaside at the Ionian port, a particularly successful cruise season officially ends for the port of Taranto, which has made record numbers this year.

In 2021, Taranto “a destination beyond your imagination” has been the star of the national and Mediterranean cruise scene, opening up new perspectives for the development of the area as a top tourist destination. The 2022 season will start next March in the Port of Taranto, with 9 different cruise lines and about 50 confirmed calls, including those of MSC Cruises which, with the “MSC Splendida”, will be back at the port next year, as well.

“The ‘rock port’ of Taranto”, says Sergio Prete, President of the Port Network Authority of the Ionian Sea, “offered its personal thank you and farewell to MSC Seaside with enthusiasm, colours and energy, elements that have characterised the welcoming spirit of the port city of Taranto from May until November. It has been an important season that has allowed the port of Taranto to establish itself as a leading cruise destination in the international cruise industry. The call bookings we have received to date for the next few years are the result of the great collaborative work undertaken with the municipal administration and local stakeholders. Taranto has been able to make the most of its assets also as a tourist destination offering quality services and an incredible variety of excursions, including exclusive ones.” 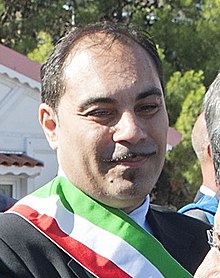 “We closed an exciting season,” said Mayor of Taranto, “with the awareness that Taranto has earned a very important place on the global cruise scene. We are among the top 10 Italian ports in terms of the number of passengers, and among the top 20 in the Mediterranean. In 2022 we will maintain and improve this trend, giving back to the port of Taranto the tourist appeal it has been denied for too long. The figures for these six months of calls are a milestone, we have shown how Taranto can be a multi-purpose destination, thanks to its cultural offer and its beaches, a real unicum for MSC Cruises passengers. The year 2022, with the opening of the multipurpose Falanto Port Service Centre, will mark the definitive turning point and will consolidate the relationship between the Municipality and the Port Authority, which has already brought so much success to the area”

“Taranto charmed us with its liveliness and its strong dynamism” – says Antonio Di Monte, Antonio general Manager of Taranto Cruise Port – “This first year has been full of new developments, from the inauguration of the terminal to the many projects launched by the Port Network Authority of the Ionian Sea, the Municipality of Taranto and the Puglia Region, in which we have had the pleasure of participating. MSC has been a valuable ally in this adventure: recognising the potential of the port and trusting in the professionalism of Global Ports Holding and all the local players, it dominated the 2021 Taranto Cruise Port season, confirming that it will be back again next year. So it’s goodbye to 2022: Taranto, the destination beyond your imagination, awaits you!”.

“The inclusion of Taranto as a new destination on our 2021 itineraries proved to be a great success, perhaps even more successful than we expected. Thanks to the valuable collaboration with the local authorities, in just one season we managed to establish Taranto as a new cruise destination, offering our guests a rich and varied choice of shore excursions that allowed them to discover the many attractions of this incredible area. The figures for the summer of 2021 show that our cruise passengers’ satisfaction was extremely high and this has led us to confirm that we will be back with MSC Splendida for the entire summer season next year as well,” said MSC Cruises Managing Director, Leonardo Massa.

The Port Network Authority of the Ionian Sea intends to keep boosting the growth of cruise traffic. A new cruise-related berthing point is now available on Pier 1 East Side, facing the historical Old Town of Taranto. The renewed infrastructure was inaugurated on November 22nd: with its 360 m length, it represents a new remarkable facility within the port of Taranto’s competitive set of cruise-related assets.