Marcos pledges to stave off EMSA threat to 50,000 jobs

Top of the agenda was the immediate concern of employers and crew that as many as 50,000 seafarers faced being barred from crewing European Union-flagged vessels over qualification issues.

The threat is due to a warning from the bloc’s maritime regulator that the Philippines needed to address unacceptable deficiencies in crew’s education, training and certification. Failure to do so would push out Filipino seafarers, a labour source so critical that one delegate described as ‘too big to fail’.

Delegates were reassured to hear Marcos pledge that his administration will do “everything” to address these deficiencies identified by the European Commission’s Maritime Safety Agency (EMSA) “to prevent job losses among Filipino seafarers,” he said.

The victimisation of Filipino Seafarers by people or groups to make fraudulent and costly injury claims against their employers, has resulted in companies to look elsewhere for their seafarer workforce.

In 2000, Filipino crew made up 28.5% of the global seafarer population, however by 2020, that figure had dropped to just 14%. Any further decline would jeopardise the $6.54b USD in wages Filipino seafarers send home each year to their families – money critical to the Philippines economy.

Seafarers’ unions, including Philippines-based AMOSUP have supported employers’ calls for a crackdown on the unethical practices of the claims industry, who, they say, “capitalise on the hardships and even the demise of seafarers.”

President Marcos also revealed to the delegates that he had ordered his Department of Migrant Workers minister, Secretary Susan ‘Toots’ Ople, to establish a maritime advisory committee to address the training issue and consider reforms to the broken seafarers’ claims system.

The International Advisory Committee on Global Maritime Affairs (IACGMA) will draw on experts from both industry and the workforce to support the Philippines’ government. IMEC, ICS, ITF and the International Labor Organization will all be invited to share their expertise.

The committee’s advice could be key as the Philippines, like other global maritime leaders, looked to navigate its way through the challenges of the future, such as climate change.

A recent Maritime Just Transition report revealed that as many as 800,000 seafarers will need some form of training or familiarisation  by the mid-2030s to handle the fuels, technology and vessels of the future. Understanding what was needed for the Philippines to make the most of the opportunity decarbonization provides, would be critical to securing an equitable and sustainable future for its seafarers and the industry.

The meeting with the President in Belgium represents the first official engagement of IMEC, the ICS and ITF, with a national leader since the bodies recently signed an MOU with the aim of maximising the impact of their advocacy efforts on behalf of crew and industry.

“It was refreshing to meet a leader that is so in tune with the needs of his citizens today. I was impressed with the President’s grasp of the complex picture of the maritime industry in the Philippines and comforted by his stern determination to tackle our common challenges head on.”

“The creation of this advisory board is an inspired initiative which we are convinced will soon help steer the country towards calmer seas.

We look forward to working with his team on current and future challenges to ensure the Philippines retain their key position at the table of global shipping.” 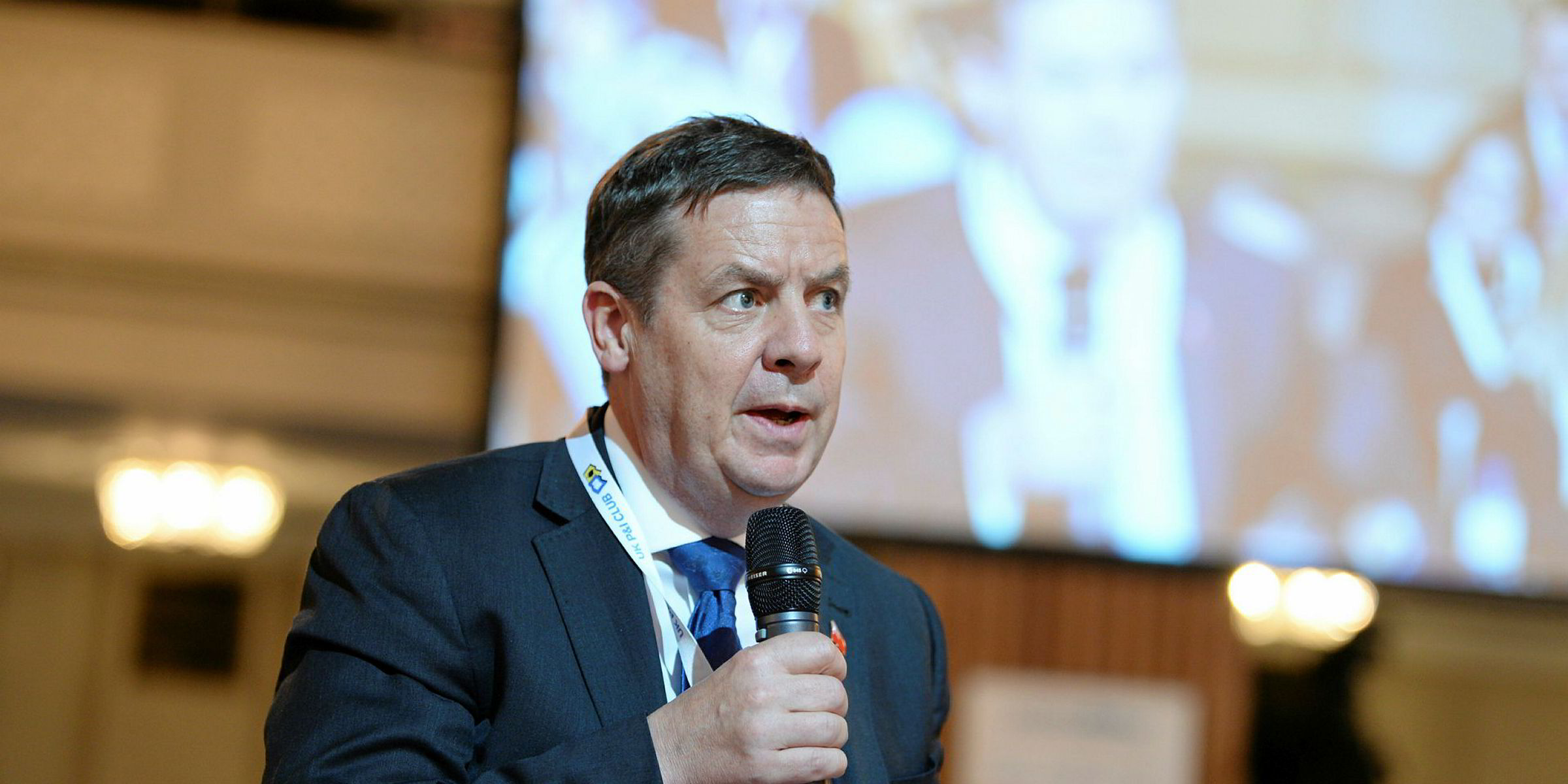 “Seafarers are at the very heart of our industry and cannot be forgotten as we look to the future. Every member of the delegation meeting with President Marcos Jr today recognises this and we ensured that our seafarers were not lost sight of.

As a major seafaring nation, the Philippines is key to our industry and its future, and collaboration and cooperation with governments is vital.”

“Our industry’s importance cannot be underestimated and the collective representation within the maritime sector today shows the willingness to work together for a brighter future.

As ever our industry strives to find solutions to the challenges ahead, ensuring safe shipping operations for the effective continuation of global trade. We look forward to working more closely with the Philippines.”

The meeting followed another high-powered audience Monday with Marcos’ new Secretary of the Department of Migrant Workers (DWM), Susan “Toots” Ople. Seafarers’ unions were keen at both meetings to emphasise to the leaders that major opportunities lay before the country – but that the right choices had to be made to secure them.

“The Philippines is a crewing powerhouse. Filipino seafarers have contributed much to our global shipping industry over the decades.”

“But it is not without its issues. That’s why it was encouraging for seafarers’ unions to hear President Marcos acknowledge some of those issues in Brussels. Better yet, the president has already started to take action with the establishment of a new tripartite maritime advisory body.”

“The ITF alongside our partners in IMEC and the ICS, stand willing and ready to offer our whole-of-industry insights so that the Philippines can deliver the good outcomes that we all agree Filipino crew deserve.”

“We want to make sure the Philippines is well-positioned to make the most of the opportunities coming down the line. Chief among these is helping the world to meet the massive training challenge before us as the industry needs to upgrade seafarers to operate a decarbonised global fleet.

We want the Philippines to be at the table, with a fair share. After all, we’ll never get to a zero-carbon shipping sector without maritime leaders being engaged.”