After the start, several months of solitude and thousands of miles will lie ahead of Global Solo Challenge skippers. The tie between sailor and boat will create complicity that only solo sailing alone can offer. Skippers will have to rely on their resources and maintain confidence in their boats.

After the emotions of the departure and the first miles off the Costa da Morte and Cape Finisterre well behind, it will be time to head south and establish a routine. Some tasks will become each sailor’s daily bread. A crucial one will be the constant monitoring of weather forecasts. Advances in high seas electronics and communications will allow skippers to access forecasts throughout their navigation.

In this first stage of their sail, their long voyage through the vastness of the Oceans, GSC participants will have to closely monitor the Azores’ high and North Atlantic low-pressure systems. It will help them make tactical decisions to find the best winds for their boat. The Global Solo Challenge is open to a wide range of sailboats with different performance characteristics, which they will have to take into account.

The anticyclone of the Azores plays an important role, both on the outward and return routes. Many aspects depend on its location and the position of the lows to the North. 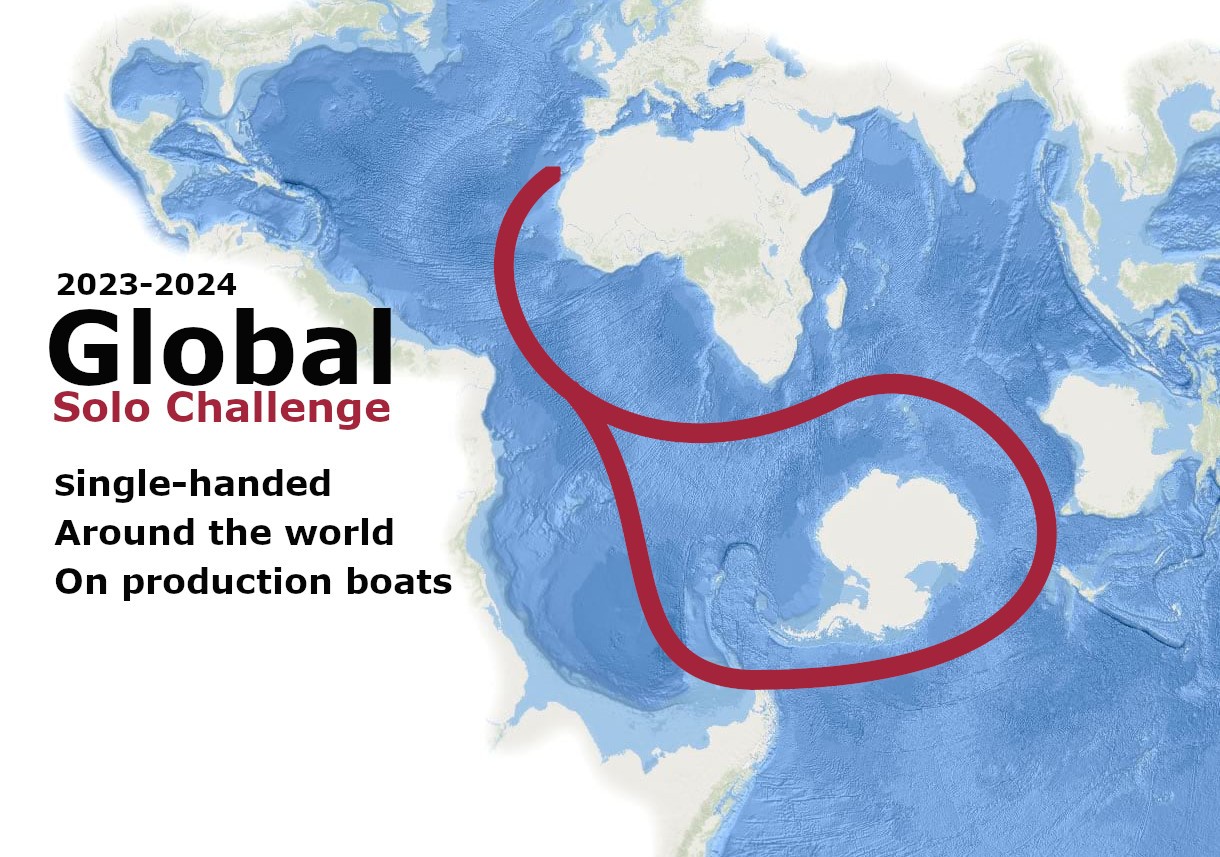 This high-pressure system is typically located around 30 degrees North and affects the weather of the North Atlantic and the trade winds belt. It generates a flow of steady northeasterly winds throughout the year, with greater intensity in winter than in summer. Trade winds blow from the west coast of Africa to the Caribbean Sea, with the northern limit between 25 and 30 degrees North.

Depending on the time of year, the intensity varies. With an average force of 3-4 on the Beaufort scale, they can reach force 6-7 between January and March.

Along their route, skippers will also find Portuguese trade winds that refer to the winds that blow along the coast of Portugal from the northeast/northwest, more regular between April and October.

Another lesser-known phenomenon affecting winds at these latitudes is called Harmanattan, which may also generate regular winds conditions. It’s a warm, dry continental wind coming from Africa to the east. It is more common between November and February, and it generally occurs closer to the African coast at around 20 degrees North. The Harmattan is also recognisable by the fine particles of sand from the desert that often accompanies it, sometimes even crossing the Atlantic and reaching the Amazon longitude.

In theory and with a little luck, GSC sailors will transition from the Portuguese coast to the Canary Islands in favorable winds, sea, and currents. This situation will occur if the Azores’ high pressure is in its seasonal position and is not disturbed by lows.

The considerations above apply to the outbound route to the South Atlantic. On the way back, the strategy will be very different. The same trade winds that helped them to the South will become an obstacle on their way North. Skippers will have to choose a more westerly route with more favorable winds. However, they will only have to worry about this after several months.

On the way out towards the Canary Islands, skippers should be able to enjoy peaceful sailing conditions.

The Azores’ high and the position of low pressures, trade winds, the study of the weather, and strategy will be part of their daily life on board. A routine for the first 900 miles of the voyage separating A Coruña from the Canary Islands! Where to sail past the Spanish archipelago will depend on the tactics chosen.

Comics from the world