ِAdmiral Osama Rabie, Chairman of the Suez Canal Authority (SCA) and Mr. Dennis Petropoulos, Chairman of the Baltic Shipping Exchange Board, discussed ways of joint cooperation, in a visit, the first of its kind, in the presence of a number of board members of the SCA at Al-Irshad Building in Ismailia Governorate.

At the outset of the meeting,Adm. Osama Rabie emphsized the authority’s keenness to open direct channels of communication with organizations and institutions working in the maritime field to achieve the targeted rapprochement in a manner that achieves common interests and contributes to optimally serving the global trade movement.

Rabie explained that the development operations in the navigational course of the canal have received great attention during the past few years in light of the interest of President Abdel Fattah El-Sisi, to maximize the use of the Suez Canal and develop the surrounding area to become a global logistics and industrial center,

On the other hand , Mr. Denis Petropoulos, Chairman of the Board of the Baltic Exchange for Shipping, expressed his pride in this visit, which allows him to get acquainted closely with the developments of development projects in the navigational path of the canal and sailing in the new Suez Canal,

Praising this achievement, which was achieved in record time and had a great impact towards raising Efficiency of the channel and maintaining its global leadership.

The Chairman of the Board of the Baltic Shipping Exchange stressed the importance of the Suez Canal as one of the mainstays for the sustainability and stability of global supply chains, an importance that seemed clear to the whole world after the accident of the delinquency of the Panamanian container ship EVER GIVEN.

Mr. Petropoulos pointed out that the Baltic Shipping Exchange provides its members with a clearer view of market changes in light of obtaining freight rates indicators and expectations, and the positive effects this has on the development of future plans and pricing policies for customers.

The meeting resulted in the two parties’ agreement to cooperate in the field of exchanging information related to shipping freight indicators, maritime transport market indicators and future expectations to enrich the extensive research studies prepared by the Suez Canal to approve its pricing and marketing policies and future plans.

At the end of the visit, Adm. Osama Rabie presented the shield of the new Suez Canal to Mr. Dennis Petropoulos, Chairman of the Baltic Shipping Exchange Board, and then invited him to take a cruise in the new Suez Canal and the Suez Canal tunnels “Tahia Miser” in Ismailia to get acquainted with the size of the achievement on the ground. The Baltic Exchange is the world’s only independent source of maritime market information for the trading and settlement of physical and derivative contracts. 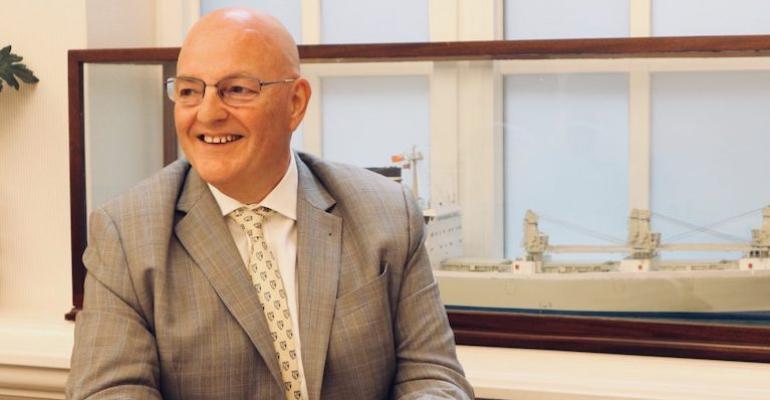 Their international community of over 3000 encompasses the world’s maritime interests including the dry bulk, tanker, gas and container shipping markets. Members include shipowners, shipbrokers and charterers as well as maritime lawyers, arbitrators, P&I Clubs and other shipping associations. Each member commits to a code of business conduct – the Baltic Code – summed up by the motto “our word our bond.”