In the first nine months of the year, at 95.8 million tons the Port of Hamburg achieved a 2.9 percent increase in seaborne cargo throughput. Bulk cargo throughput advanced especially strongly, being 6.1 percent ahead at 29.7 million tons. Totalling 66.1 million tons, in the first three-quarters, general cargo throughput was a modest 1.6 per cent ahead. The upward trend was also maintained on container handling. A total of 6.5 million TEU – 20-ft standard containers – were hoisted across the quay walls of Hamburg’s container terminals, a 2.4 percent gain.

Despite this positive throughput trend, the Port of Hamburg was not yet able to fully overhaul last year’s downturn caused by Corona. Axel Mattern and Ingo Egloff, HHM – Port of Hamburg Marketing’s Joint CEOs, are therefore especially pleased that pre-and post-voyage rail borne container transport set a new record at 2.1 million TEU. “That represents an 8.3 percent advance,” stressed Egloff. “At 709,000 TEU, the Port of Hamburg posted the highest quarterly total in its history for containers transported,” added Mattern. The Port of Hamburg accordingly further strengthened its position as Europe’s largest rail port. 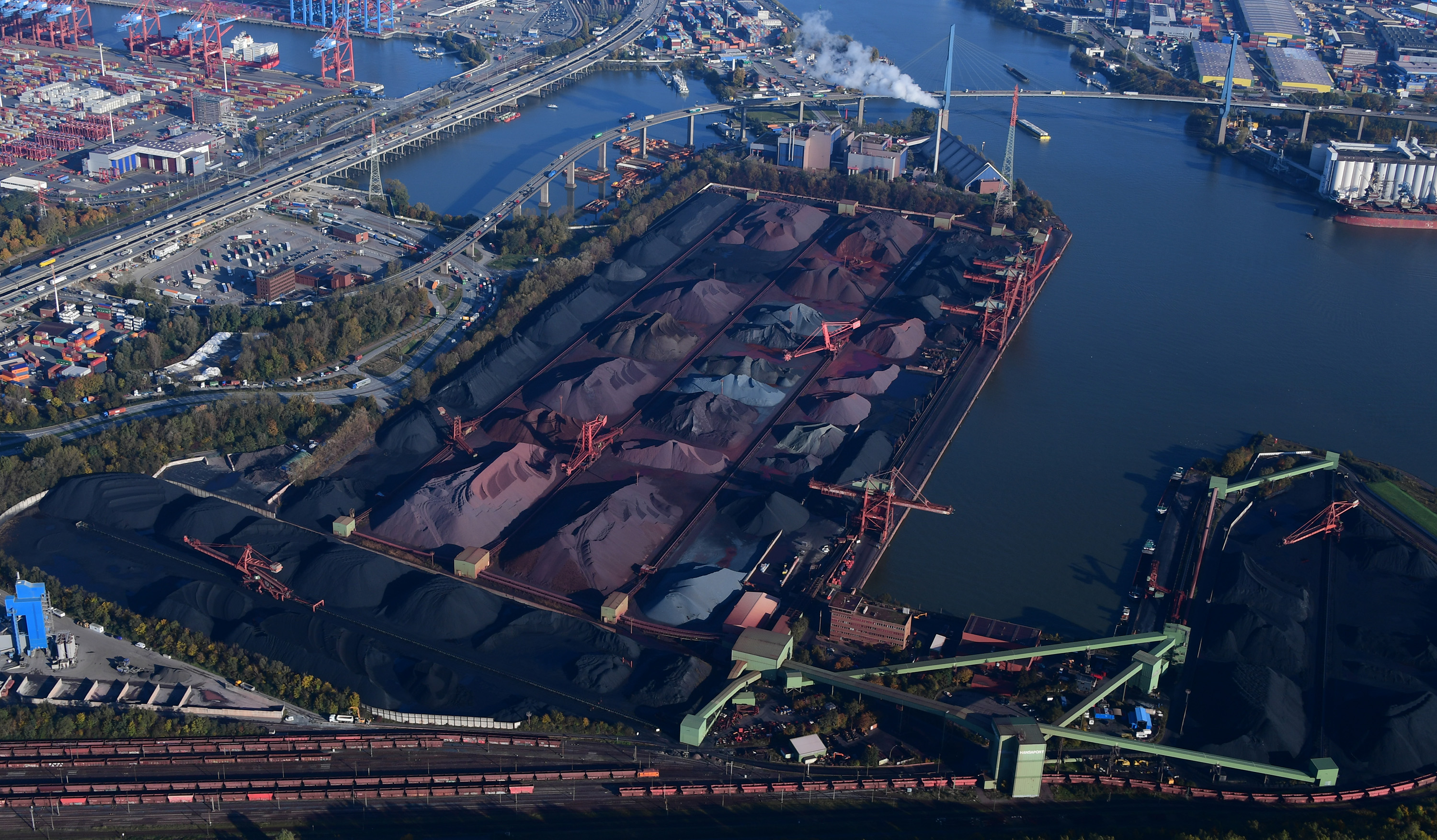 Throughput of containerized general cargo in the first three quarters of 2021 totalled 65.2 million tons, representing a gain of 1.5 percent. At 908,000 tons, the conventional general cargo was up by an emphatic 5.2 percent. In the container throughput sector, exports, 2.9 percent up at 3.2 million TEU,
outperformed imports, just 1.9 percent higher at 3.3 million TEU. At 5.8 million TEU, the throughput of loaded containers, contributing more to the port’s added value than empty boxes, was ahead by an above-average 3.2 percent. Compared to the previous year, on empty containers, there was another downturn, of 3.2 percent to 731,000 TEU.

Mattern points out that among the Port of Hamburg’s main trade lanes, with the exception of Australia/Pacific (-0.1 percent), the other container trade lanes of the Americas (+6.7 percent), Asia (+1.4 percent), Africa (+4.5 percent) and Europe (+1.6 percent) all recorded positive throughput growth. 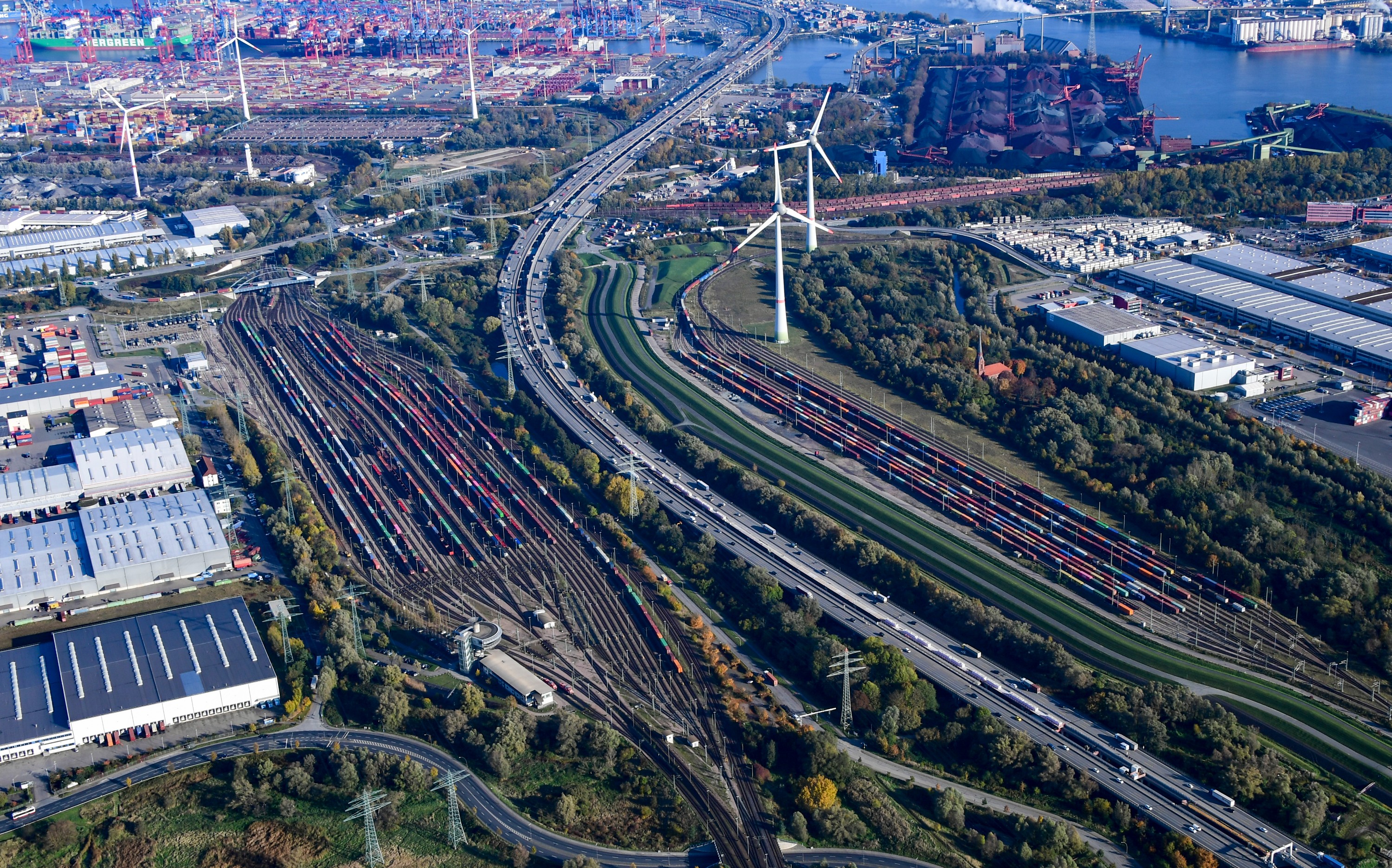 The first stage of implementing fairway adjustment produced higher draft and improved opportunities for ships to pass on the Elbe for liner services calling at Hamburg. The containerships calling Hamburg in large numbers were the chief beneficiaries. There was an increase in the number of those in the Megamax category calling Hamburg. A total of 163 of these extra-large containerships with a capacity of over 18,000 TEU were cleared in Hamburg, a gain of 19.9 percent. “With the implementation of the Elbe fairway adjustment, we now offer larger vessels improved conditions on the Elbe for sailing and arrival. Final clearance in the course of the next six months will put us in a much-improved position compared to our competing ports,” said Egloff.

Trends varied among the Port of Hamburg’s leading seaborne container handling partners. A gain of 6.4 percent to 1.9 million TEU was achieved on seaborne container handling with China, Hamburg’s leading partner country there by a wide margin. Up 4.5 percent at 459,000, container throughput with the USA, still the Port of Hamburg’s No. 2, is even set for a new annual record. Other Top Ten countries with increases in container throughput for the first nine months were Sweden + 9.9 percent, Poland + 18.8 percent, Brazil + 6.7 percent, and Denmark + 4.5 percent. “The upward trend in seaborne container throughput evident during the first half was maintained in the third quarter,” said Mattern, also pointing out that the next countries in the ranking reported substantial growth in the first nine months: India with 21.3 percent, Canada with 17.8 percent, and Turkey with 7.8 percent.

Worldwide transport chains will remain volatile for the rest of the year. “Delayed ship’s arrivals plus the related delivery postponements also hit the ports. The problems of supply chains meanwhile out of synch will continue to be apparent at the land/sea transport interface. Despite providing 24/7 service, for the terminals a fraught situation will persist on vessel clearance,” said Mattern. “Partly since the beginning of the year, large sections of industry have suffered bottlenecks on deliveries. Despite full order books, this can hamper production,” added Egloff.

The ifo Institut puts the German industry’s forfeited added value on account of delivery bottlenecks at almost 40 million euros. Having previously put fourth-quarter growth at 1.3 percent, the institute now reckons with just 0.5 percent. Despite the current situation, the Port of Hamburg’s marketing organization reckons on a continuation of the slight upward trend in seaborne cargo throughput during the fourth quarter. For the Port of Hamburg, total throughput of around 130 million tons and 8.7 million TEU for 2021 remains attainable.