The port of Durban is said to be the largest shipping terminal in Africa. Its strategic location along international shipping routes has made the port more relevant becoming South Africa’s main cargo and container port.

DURBAN is a Large-sized Port. The types of vessels regularly calling at DURBAN are Bulk Carrier (25%), Container Ship (18%), Oil/Chemical Tanker (17%), Vehicles Carrier (12%), and General Cargo (4%). The last vessel called at this port was POSEIDON.GR, 2h and 32m and 8s ago. The maximum length of the vessels recorded to have entered this port is 366 meters. The maximum draught is 16.1 meters. The maximum Deadweight is 317052t. 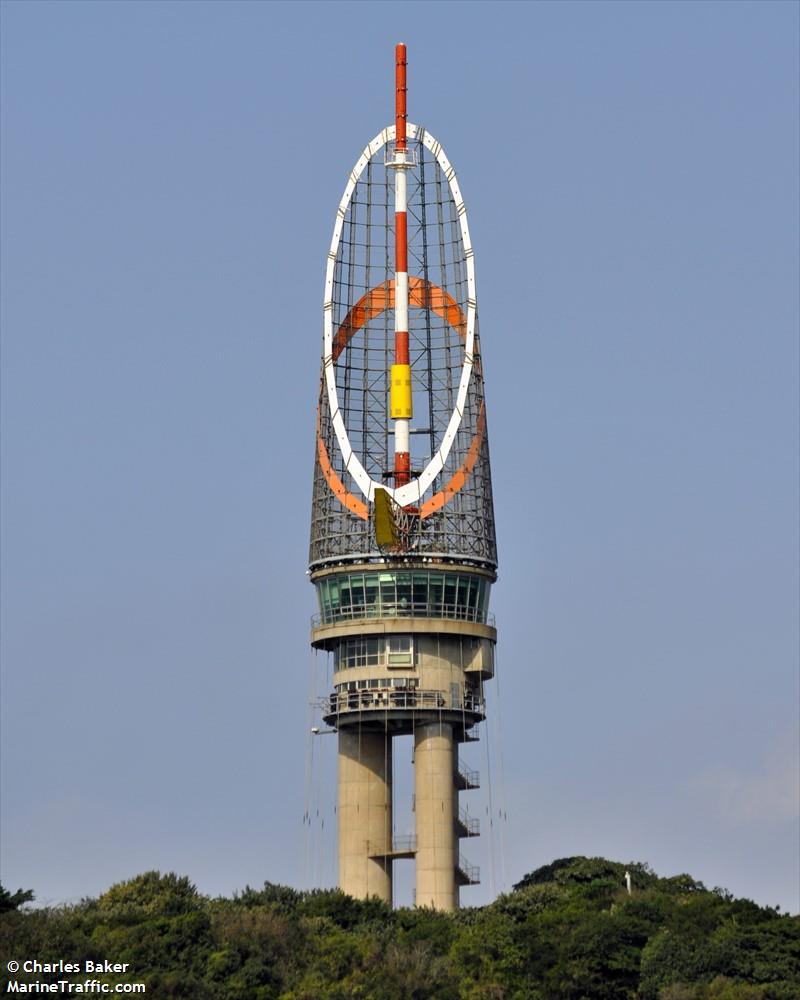 The port of Durban is situated on the east coast of South Africa, some 680 nautical miles northwest of Cape Agulhas, and 625 nautical miles south-south-west of the port of Maputo. The GPS location is S 29.8689 and E 31.0617.

The port occupies the natural expanse of Durban Bay – an area of 1850ha, with the water area being 892ha in extent at high tide and 679ha at low. The emerging Point waterfront development and central business district are to the north and northeast, Maydon Wharf to the west, the Bayhead ship repair area to the south, and the Bluff Peninsula to the southeast.

The entrance channel is 122 metres wide and is maintained at a dredged 12,8 metres draught (depth of water).

President @CyrilRamaphosa interacting with affected communities and assessing the damage caused by the heavy rains of the past few days which have claimed lives, and caused significant damage to infrastructure. #KZNFloods pic.twitter.com/5ypIAvEaTH

The entrance channel is protected by two breakwaters: the northern is 335 metres and the southern is 700 metres long. Anchorages are allocated for vessels waiting to enter a port, about 1000 metres offshore to the north of the mouth of the Umgeni River. 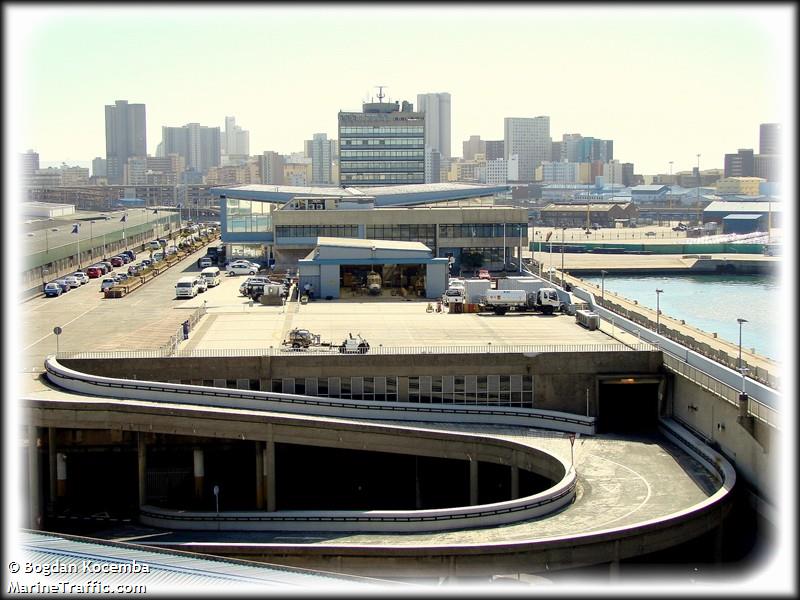 The port of Durban operates 24 hours a day 365 days a year. During daylight, ships are supposedly restricted to 243.8m in length with a maximum width of 35m and a draught of 11.9m, or 12.2m according to tide and harbour master’s clearance. 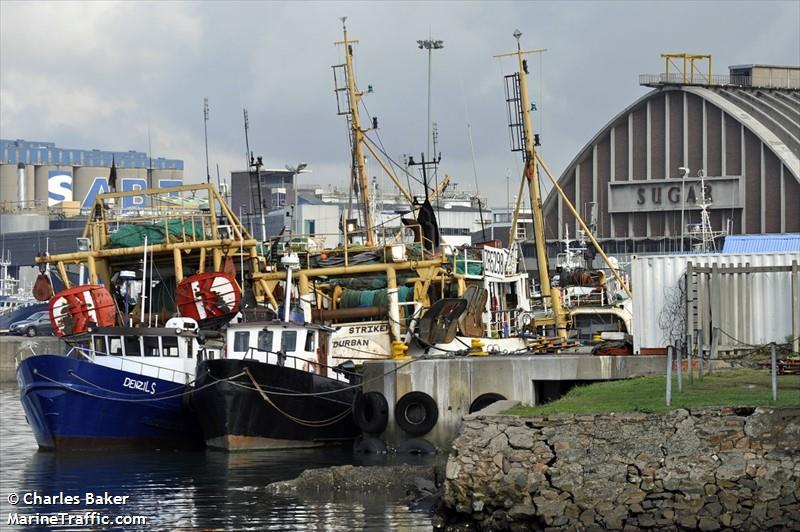 The local time at DURBAN is 2022-06-20 12:39:00 and the time zone is UTC +2. The wind in the port area blows from South West direction at force 3 Beaufort. 12 ships have arrived in this Port within the last 24 hours. Currently there are 63 vessels in this Port and another 69 vessels are scheduled to make a port call at DURBAN. 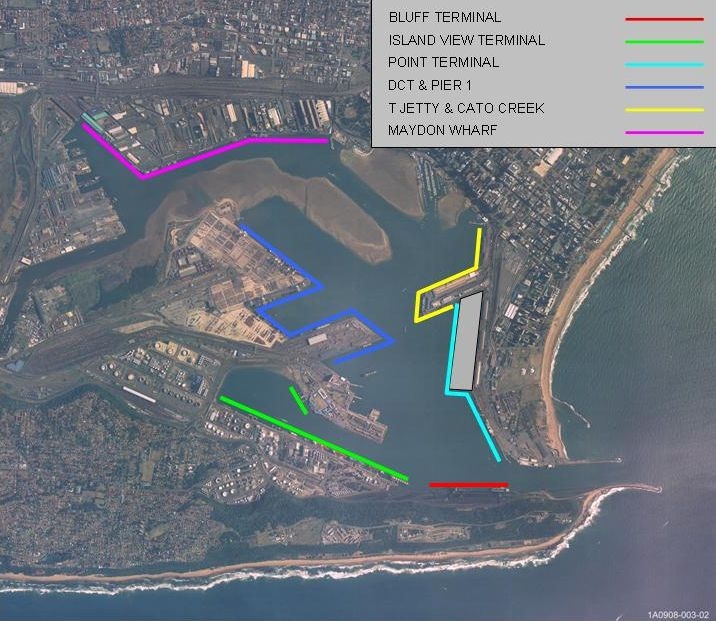 Larger vessels are common, and ships up to 300m lengths and 37m beams are regular callers in Durban. Night restrictions are for a ship length of 200m, a beam of 26m, and a maximum draught of 11.6m. The harbour master has to be consulted for permission if larger vessels are to enter the port. 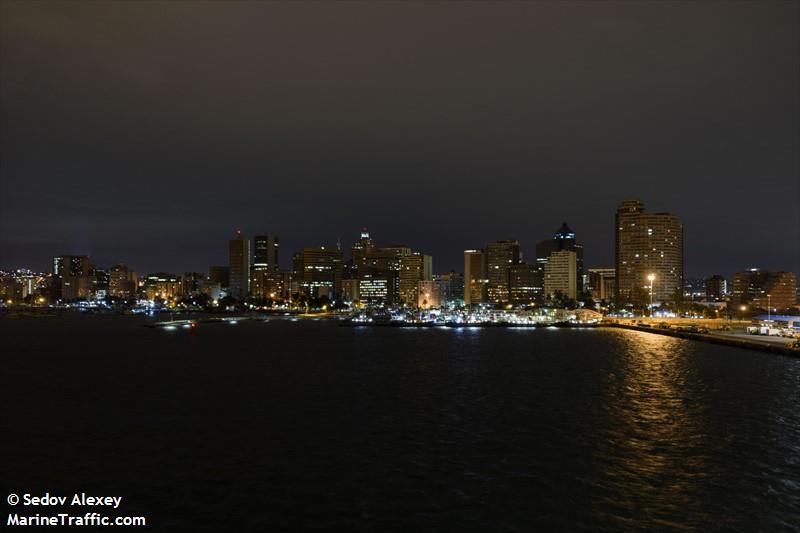 Through the Ports Master Plan (PMP), the Transnet National Ports Authority (NPA) has identified several new projects for the Port of Durban. This includes the widening and deepening of the Durban harbour mouth to enable safer access and access to larger ships at a cost of R1,7- billion. 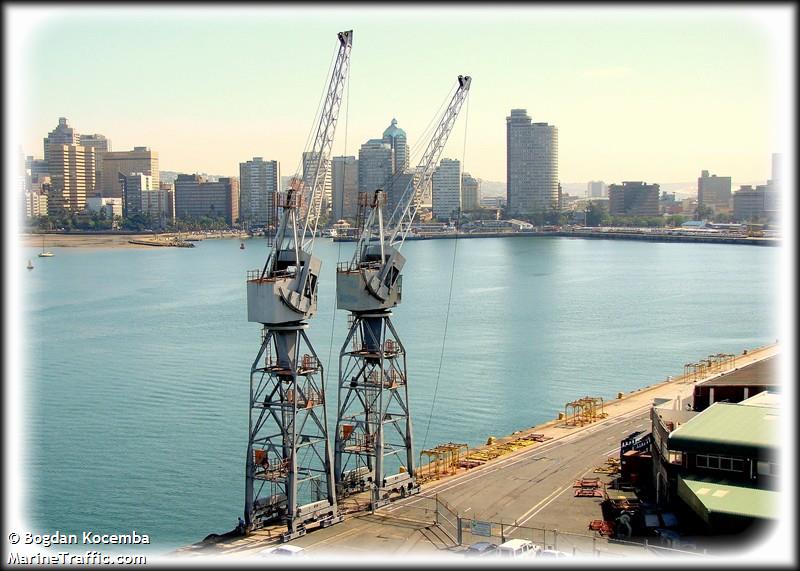 The width of the channel will be increased to 220 m at its narrowest point, flaring into 300 m beyond the south breakwater. The depth will vary from 19 m in the outer channel to 18 m in the inner channel, and 16 m in the inner port channels and basins. Work on this project is expected to be completed by the end of 2009. 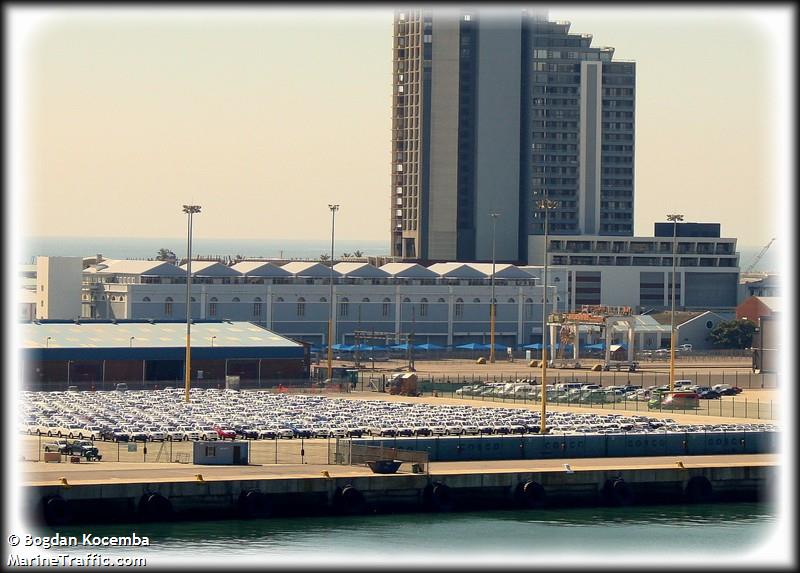 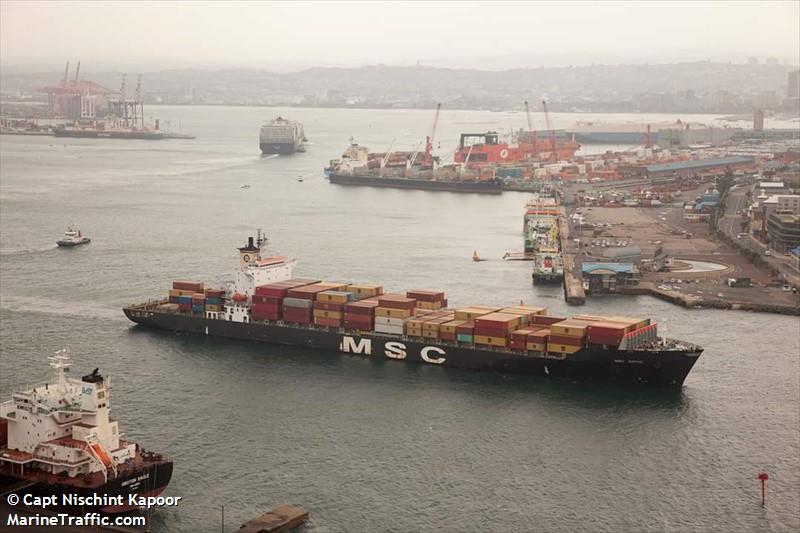 Almost all containers are handled at DCT which is the largest of its kind in the southern hemisphere. Containers handled at the terminal currently represent more than 60% of the total number handled at all South African ports. DCT serves as a pivotal hub for the entire Southern African region, serving trade links to the Far East, Middle East, Australasia, South America, North America, and Europe. It also serves as a transshipment hub for East Africa and the Indian Ocean islands. 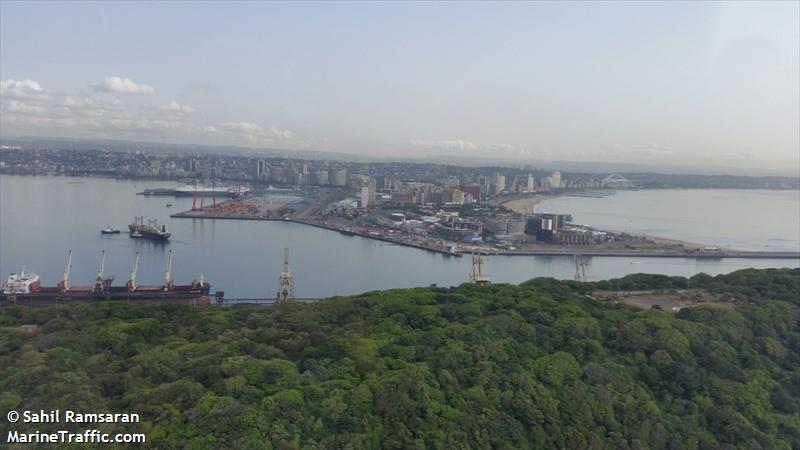 • The terminal has 2,128m of quayside divided into seven berths, in addition to the use of three berths on Pier 1 (part of the existing MPT). DCT has more than 13,000 ground slots and 600 reefer points and handles an average of 50 000 TEUs per month. A rail terminal receives and dispatches containers to Johannesburg and other destinations as far afield as Zambia. DCT is also expanding its capacity from 1,9 million TEUs to 2,9 million TEUs per annum by 2009.