A number of unions and global union federations have written to the International Labour Organization (ILO — part of the UN) asking it to urgently intervene on behalf of the 800 seafarers who were illegally fired and cruelly mistreated by P&O Ferries.

The unions argue that the UK government’s failure to enforce relevant labour laws and punitive sanctions to ensure compliance following P&O Ferries’ illegal firing of seafarers without consultation, is a serious violation of the ILO’s principles concerning the freedom of association and collective bargaining. The government has also contravened international treaties the UK is bound by.

They consider the matter so serious that they have also requested the urgent personal intervention of ILO Director-General Guy Ryder, asking him to point out to the UK its failure to abide by internationally recognised labour standards. 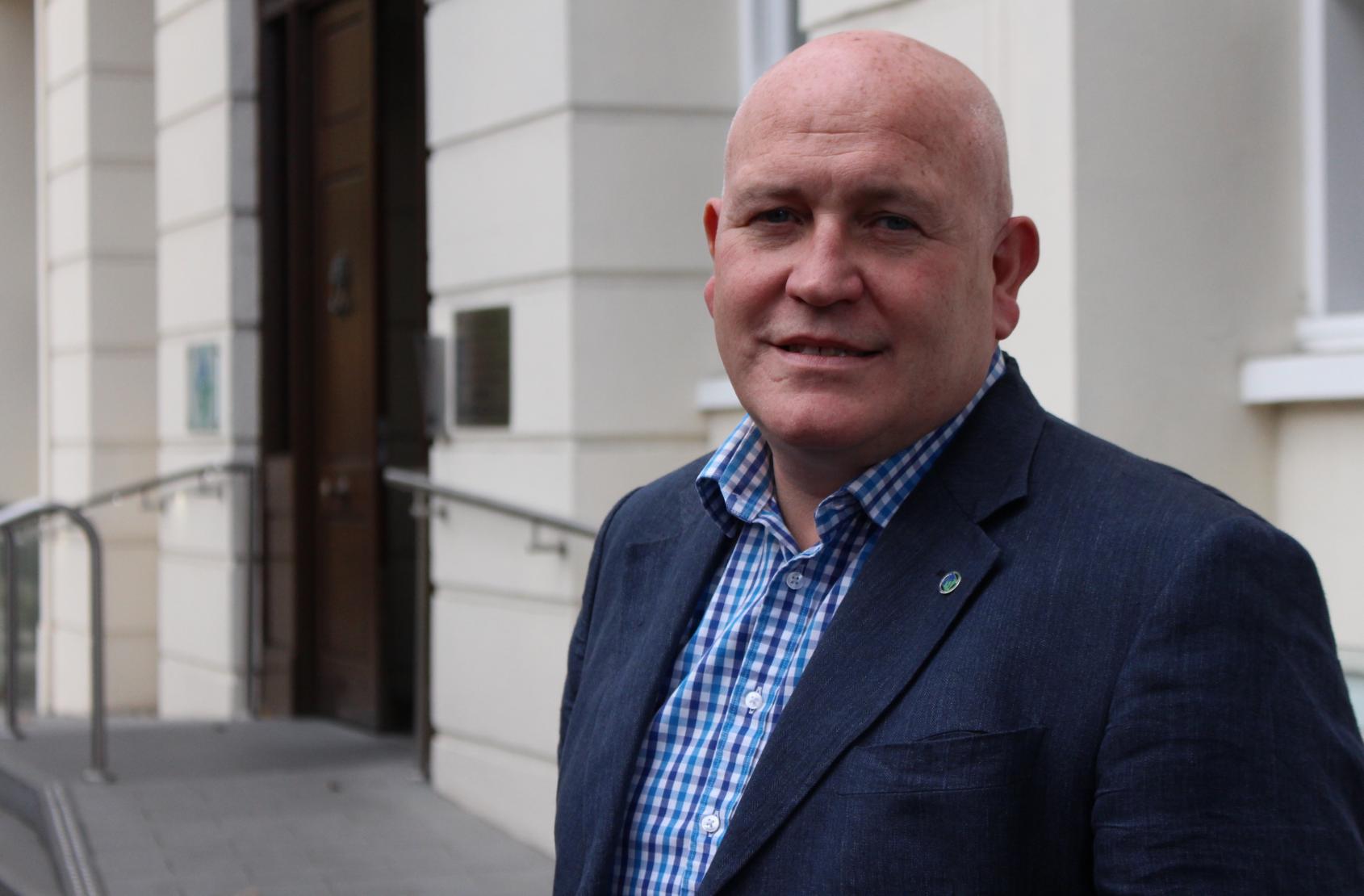 “P&O Ferries’ CEO has admitted the company behaved illegally when it fired 800 seafarers without warning in March, and he has told parliament he would do the same again,” said Stephen Cotton, General Secretary of the ITF. “P&O Ferries has behaved in the most calculated and egregious way and expects to get away with it.”

“P&O Ferries has run roughshod over these workers’ right to freedom of association and to collective bargaining,” said Cotton. “That’s the consequence of this company blatantly ignoring their legal requirement to consult with the seafarers and their unions, before it sacked them en-masse over Zoom, escorted them off the ships with handcuff-trained security guards and replaced them with a non-unionised workforce on just a fraction of the pay.”

Cotton said unions were concerned that under the UK law workers could be financially pressured to sign away their rights to legally challenge an employer’s lawbreaking.

“P&O Ferries ‘priced in’ breaking the law and then set about blackmailing the seafarers with gag-order packages worth more than if the workers took P&O to court and won a statutory settlement, buying their legal silence and snuffing out their rights.”

Cotton said that although P&O’s actions were unethical, there were few routes for unions to challenge the actions under current UK law.

“Through the ILO, we’re demanding that the UK strengthens their employment laws so that workers can actually rely on the rights the government says they have,” said Cotton. 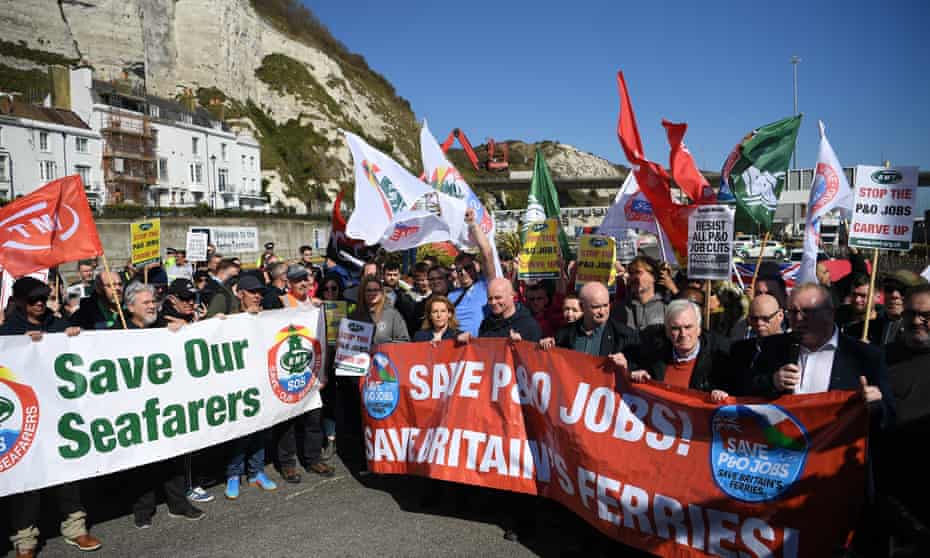 “There needs to be a genuine deterrent to rogue employers. We want to see directors being disbarred if they wilfully ignore workers’ right to consultation.

There shouldn’t be a cap on the compensation a worker can receive for an employer failing to consult. It needs to be removed so that courts can apply penalties that fit the crime in cases like P&O Ferries’ which is fire and rehire on steroids.”

Cotton said the UK Government needed to allow unions and workers to seek injunctive relief from courts which could pause controversial firings and even reverse sackings until an employer conducts the proper consultation.” 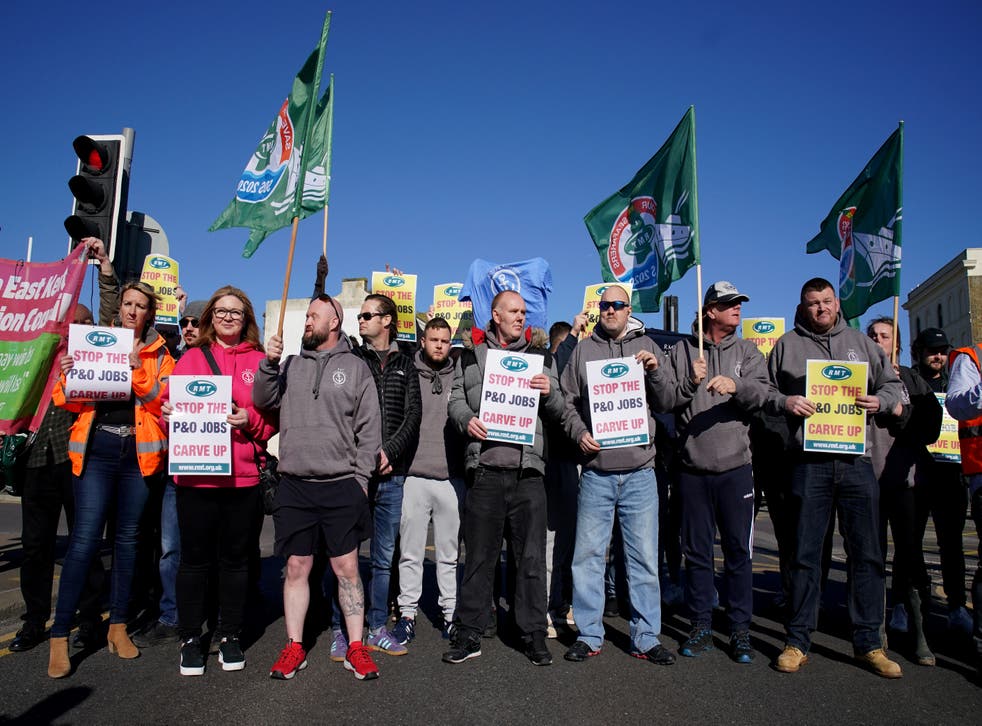 Until the UK makes these changes to its laws, the country is in violation of ILO Conventions 87 and 98. ILO C98 obliges the country to ‘encourage and promote’ collective bargaining machinery, stipulating that all ‘workers shall enjoy adequate protection against acts of anti-union discrimination.

RMT general secretary Mick Lynch said: “Gangster capitalists like P&O Ferries are trashing the law and maritime safety standards in order to make a quick buck. This cannot be tolerated. Employers like P&O Ferries, hell-bent on attacking workers’ rights to profit their owners in Dubai, must face effective legal consequences at the ILO level.”

Nautilus International general secretary Mark Dickinson said: “Fifty days into this self-imposed crisis, P&O Ferries CEO Peter Hebblethwaite, who admitted to breaking the law, has not paid any price for the illegal sacking of our members. He’s got to go.”

The ETF General Secretary, Livia Spera, said: “The UK Government’s failure to enforce their labour laws sets a dangerous precedent for rogue employers across Europe. Ministers must step in, clean up this mess, so we never see another worker’s life ripped apart by such callous and calculated industrial relations practices.”

Frances O’Grady, TUC General Secretary, said: “Nobody should be treated as disposable labour. But our worker protections are so weak that employers with deep pockets can simply bypass them.”

“This national scandal should be a turning point for workers’ rights in the UK. But Boris Johnson has failed to deliver his long-promised employment bill to strengthen workers’ rights. Working people have had enough. They need better protection and greater dignity at work. And rogue employers who break the law must be hit by tougher penalties and higher fines than the current laws allow.”

Sharan Burrow, General Secretary of the ITUC, said: “Decent jobs, freedom of association and collective bargaining must be at the heart of employment laws. Labour laws must protect workers. Now is the time for the UK Government to stamp out fire and rehire, bolster their laws and enforce heavy sanctions on companies who fail to comply.”

Changes to the law unions want to see

Libya To Open All Ports When Oil Revenue Dispute Is Resolved 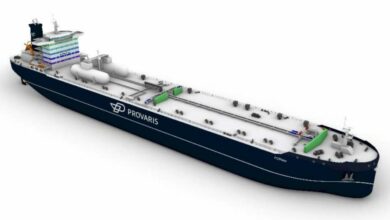