The new outposts reinforce the presence of Filipino troops in the hotly contested Spratly archipelago.

The move reinforced the presence of Filipino troops on the islands in the hotly contested Spratly archipelago and will likely be frowned upon by Beijing, which has claimed the disputed waterway virtually in its entirety.

China has protested any new constructions in the region although it has transformed seven disputed reefs into military-guarded island bases in past years, alarming rival claimants and the United States, which has no territorial claims. The U.S. Navy and Air Force have been patrolling the area to ensure freedom of navigation and overflight in the contested waters.

Coast guard Adm. Artemio Abu said the outposts on the islands, which were established this week, will be staffed by coast guard personnel and equipped with radio communications to report any incidents. Abu did not specify how many personnel will be stationed at the new outposts but said it’s the largest deployment in the disputed region so far.

“Through these command observation posts, we improve our capabilities in promoting maritime safety, maritime search and rescue, and marine environmental protection,” Abu said in a statement.

The three islands have been occupied by Filipino troops for years and are internationally known as West York and Nanshan islands and Northeast Cay. 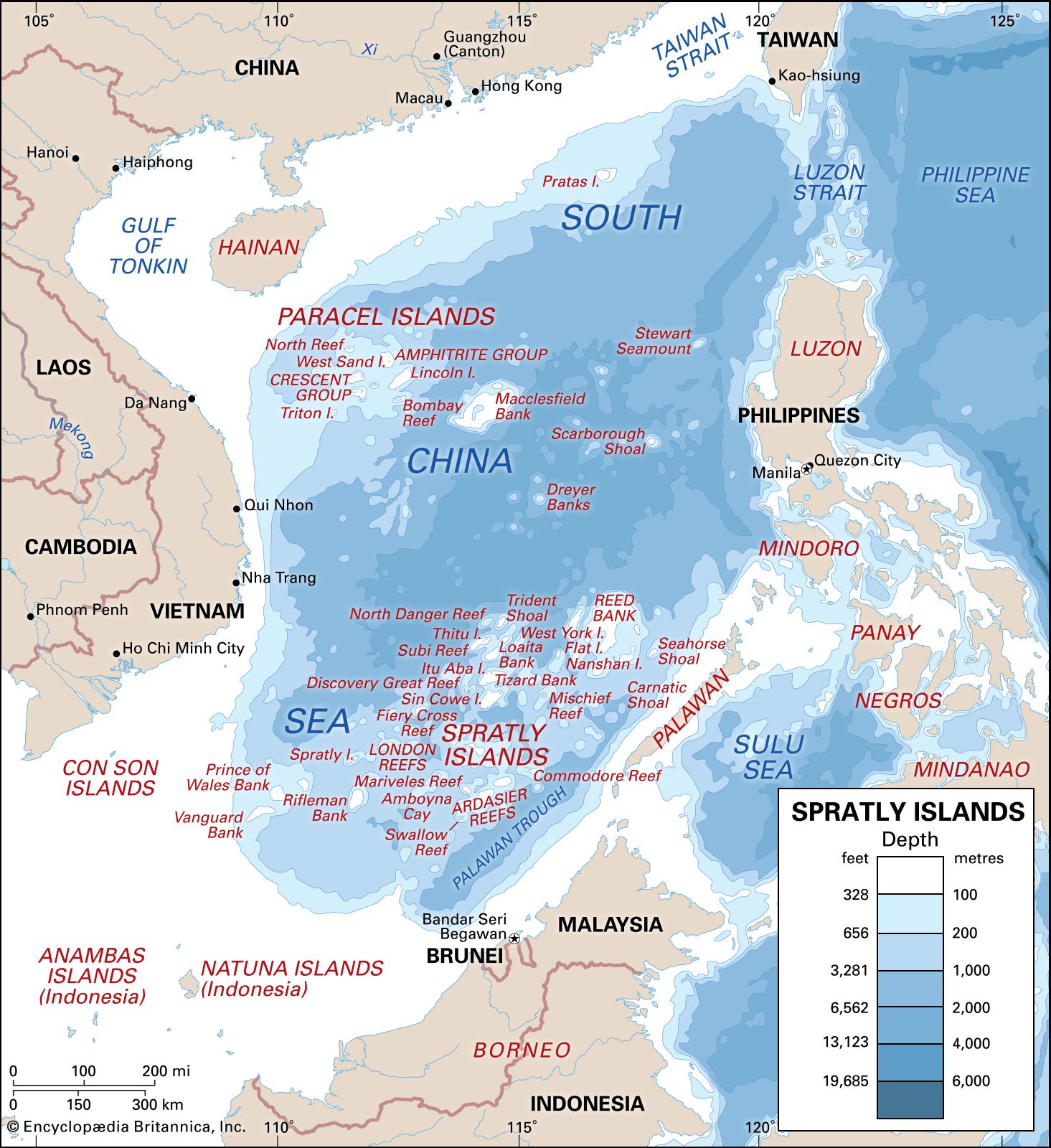 Last week the coast guard installed five navigational buoys carrying Philippine flags just off the three islands and near Thitu island, the largest of nine islands and islets Filipino forces have occupied in the Spratlys. The Philippines considers much of the Spratlys as part of its western Palawan province.

The “sovereign markers” flashlights at night to guide fishermen and ships and “communicate that the said vicinity waters are considered special protected zones” where mining and oil exploration are prohibited to preserve their rich natural resources, Abu said without elaborating.

Aside from China and the Philippines, Taiwan, Vietnam, Malaysia, and Brunei have had overlapping territorial claims in the busy waterway, which many regards as a potential flashpoint in Asia.

China and the Association of Southeast Asian Nations, which includes four member states involved in the territorial disputes, have resumed talks this year on a proposed “Code of Conduct,” or a nonaggression pact aimed at preventing armed confrontations in the region. But the negotiations have faced years of delay, partly due to the onset of the coronavirus pandemic in 2020.

The Spratlys are spread out over a vast area of ocean measuring some 158,000 square miles (409,000 square km). A great number of them are submerged.

Of the 12 main naturally-occurring islets, the largest is the 90-acre (36-hectare) Itu Aba. Another, called Spratly Island or Storm Island, measures 900 by 1,500 feet (275 by 450 metres). Turtles and seabirds are the only wildlife. There is no permanent human habitation.