Member Authorities of the Tokyo and the Paris Memoranda of Understanding (MoU) on Port State Control will launch a joint Concentrated Inspection Campaign (CIC) on STCW.

During this period of three months, the Port State Control Officers (PSCOs) will not limit inspections only to a typical certification check, but they will expand their focus on the watch-keeping schedules and hours of rest indicating compliance with the requirements of STCW Convention and Code. 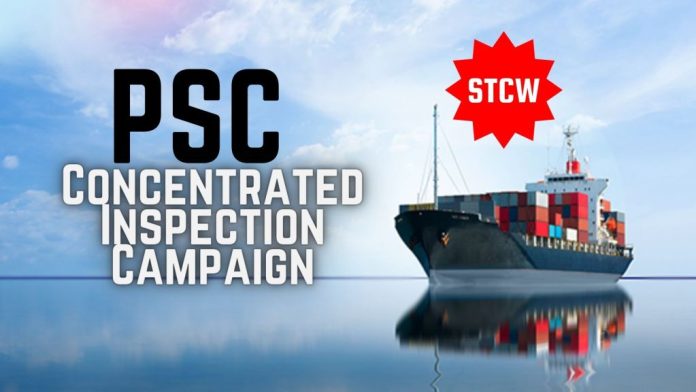 The campaign on STCW aims to confirm that:

• the number of seafarers serving on board and their certificates are in conformity with the relevant provisions of STCW Convention and Code and the applicable safe manning requirements as determined by the Flag State Administration;

• all seafarers serving on board, who are required to be certificated in accordance with STCW Convention, hold an appropriate certificate or a valid dispensation, or provide documentary proof that an application for an endorsement has been submitted to the Flag State Administration;

• the seafarers on board hold a valid medical certificate as required by STCW Convention;

• the watch-keeping schedules and hours of rest indicate compliance with the requirements of STCW Convention and Code;

The CIC will assist in raising the awareness of shipowners, operators, and crew on the specific requirements in the STCW Convention and Code.

This campaign will be held for three months, commencing on 1 September 2022 and ending on 30 November 2022.

The CIC inspections will be applicable for all ships and conducted in conjunction with the regular Port State Control inspection. A ship will be subject to only one inspection under this CIC during the period of the campaign.

Port State Control Officers (PSCOs) will use a list of predefined questions during the CIC. If deficiencies are found, actions by the port State may vary from recording a deficiency and instructing the master to rectify it within a certain period of time to detaining the ship until the detainable deficiencies have been rectified.

Members are recommended to refer to the attached questionnaire to assist their shipboard team in preparing for the PSC inspections.

The results of the campaign will be analyzed and the findings will be presented to the governing bodies of both MoUs.