Håkan Agnevall, CEO at Wärtsilä, wants to position the marine and energy giant as the natural partner for industry, and society, looking to translate climate ambition to reality. His vision is clear and, he argues ahead of Nor-Shipping 2022, real change is already tantalizingly close at hand.

It’s rare for someone to speak with such certainty in uncertain times.

But, Håkan Agnevall, Wärtsilä CEO since 1 February 2021, seems to be a stranger to doubt. 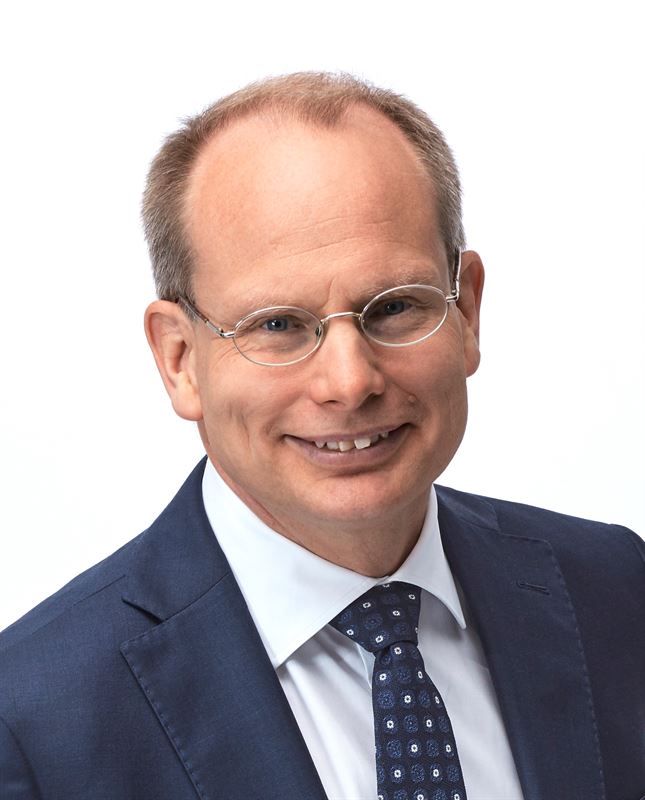 He has a clear path for the global leader in technology and lifecycle solutions, with set goals that, he says – with the backing of over 18,000 employees across 200 locations, diverse and solid industry relationships, and a history dating back to 1834 – are both ambitious and achievable.

For example, the group aims to be carbon neutral by 2030. And that doesn’t just mean its own operations (including energy, manufacturing testing, etc), but also a product portfolio that is ready for carbon zero fuels.

“This is where we can make a real difference,” he stresses.

In line with that, Wärtsilä has committed to two potential industry firsts. Namely, launching an ammonia concept by 2023 and the first hydrogen concept in 2025. What’s more, he believes the completed portfolio will be established without a significant rise in R and D spending.

“We’ve been working with engine technology for many decades, and alternative fuels for years,” he notes, mentioning the first methanol engines, which began operations in 2015.

“We’ve always invested in development and will continue at the same pace. We’re not reinventing the wheel here, but rather using technology and solutions we have an excellent understanding of. For example, we now have engines you can run on 15-20% hydrogen or biofuels, so it’s about refining, tailoring components, and altering solutions.”

He leans back and smiles: “There’s a natural inclination to wait for the silver bullet, but we need to realize there isn’t one! However, we have so much we can do now, with our technology today, so let’s take action.

The Wärtsilä organization, it seems, is already en route to the horizon. 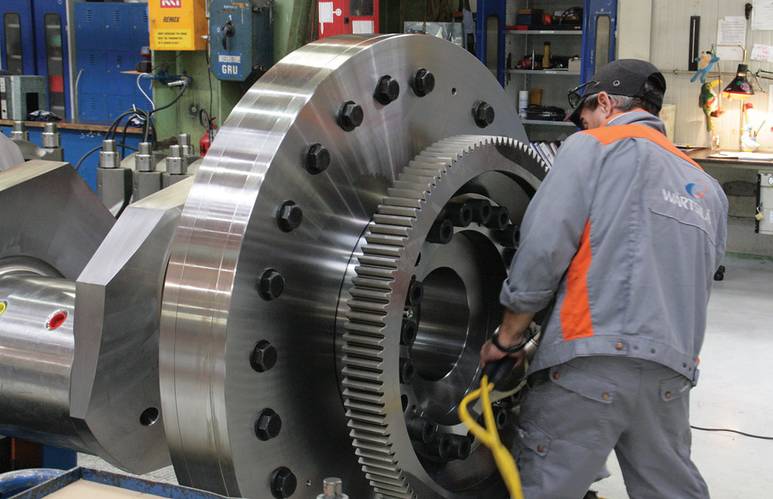 ‘Together’ is a keyword for Agnevall, a native Swede who joined the firm from Volvo Group, having previously held executive positions with Bombardier Sweden and ABB.

He sees meaningful progress in isolation as an impossibility, instead of stressing that collaboration will be central to unlocking a greener, more profitable future. Both for the industry and Wärtsilä itself.

“We want to be a credible partner for the transition ahead, and therefore, given the lack of that silver bullet, we need a broad range of solutions,” he comments. “But we can’t do that alone. So, we will focus on our core in-house strengths – such as combustion engines, battery solutions, and digital offerings – and bring in expert partners to provide the pieces of the jigsaw we cannot.

“It’s about being a part of an industrial ecosystem and interacting with it in a way that delivers optimal end results. The real leaders are those that work together, not stand apart.”

A look at Wärtsilä’s recent headline projects demonstrates that philosophy in action.

The aforementioned ammonia concept, announced in October and launching in 2023, is actually a conversion of an existing offshore supply vessel operating with Wärtsilä dual-fuelled engines, with LNG currently used as the main energy source. This is being carried out in close partnership with owner Eidesvik Offshore.

Similarly, the group is now working with Simon Møkster Shipping on a feasibility study for the safe and efficient conversion of vessels to dual ammonia/LNG operation, with another OSV, Stril Pioneer, singled out for testing. And on the hydrogen front, Wärtsilä is cooperating with Australian energy transportation company Global Energy Ventures (GEV) on a pilot 430 tonne, compressed hydrogen vessel designed to advance the commercialization of green hydrogen within maritime.

“These are really important projects,” Agnevall states, “and shows how we’re taking action today rather than waiting for others to develop solutions tomorrow. But, of course, we couldn’t do this without forward-thinking partners. So, a huge amount of credit should go to the owners and other stakeholders involved.”

The Wärtsilä CEO isn’t backward about coming forwards when it comes to such projects. And, he says, this is for good reason.

“All those players, us included, that are taking a vanguard position have to be clear about what we’re doing and when,” he says. “Because developments of this nature need people to move in tandem. There’s no point in developing a fantastic ammonia concept if the infrastructure and fuel aren’t in place to enable operations. We need action across the board here. We need to work together.”

This brings us on to Nor-Shipping.

Agnevall was greatly looking forward to ‘Your Arena for Ocean Solutions’ in January after Wärtsilä launched its ZEEDS initiative (Zero Emission Energy Distribution at Sea) to great acclaim at the last outing in 2019. However, he’s happy the pandemic-induced postponement is only until April, and can’t wait to connect with the community again face to face.

“With the need for collaboration I can’t think of many more important industry forums than Nor-Shipping,” he opines. “I spoke about the need for developments to move in tandem and this is where it happens. One stakeholder sees another’s latest innovation or solution, and it triggers their own progress – we see what’s possible, what’s happening right now, and we get inspired, we learn, and we move forward. There’s a kind of domino effect.

“And of course,” he continues, “the technology on the exhibition floor is one thing, but the people are another. They are the ecosystem, and it’s vital that we have the chance to connect with that; to plug into one another’s potential.

“We need to work closely, now more so than ever, and Nor-Shipping will be the perfect place to enable, nurture and accelerate that collaboration.” 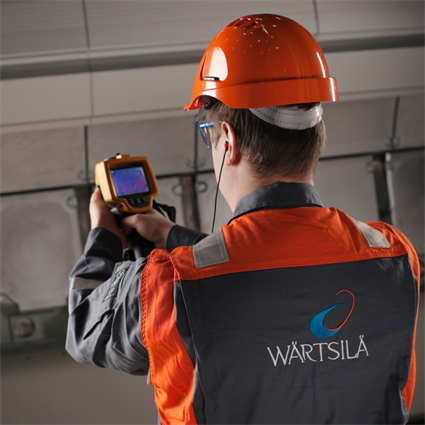 For Wärtsilä, the way it partners with its own customer base could be set to evolve.

With more industry players seeking predictability in these unpredictable times, the firm is increasingly looking to lifecycle solutions and services rather than standalone deliveries. The service side, where Wärtsilä benefits from its huge global footprint, is key.

“That’s where we probably see the greatest growth potential from a business perspective,” Agnevall notes. “We’ve always offered quality in terms of spare parts and support, but now we want to move up the service value ladder, and one way of doing that is through performance and outcome-based agreements.”

Over 700 vessels have signed up so far and, Agnevall believes, these early adopters will blaze a clear trail for others to follow.

“We see this as a new standard,” he concludes, “especially with the energy transition ahead. Having a partner to navigate the future is essential – for predictability and progress, but also costs. For example, when you think of the new green fuels we know they will be more expensive, initially by some margin, so fuel efficiency is absolutely critical. With our technical and digital solutions, we can continually optimize that.

“That will provide real peace of mind for owners and operators, while we benefit from even closer working relationships. It’s a win-win.” 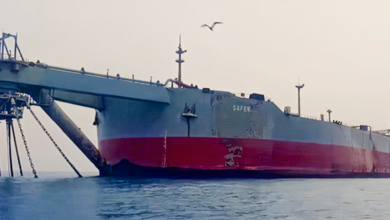 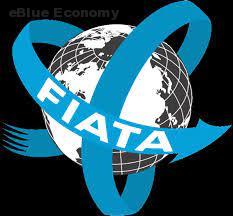 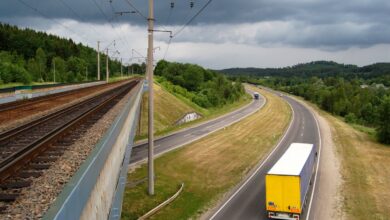 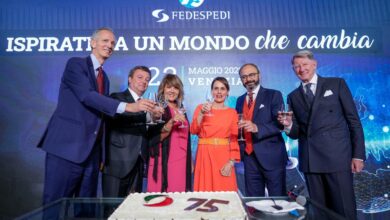 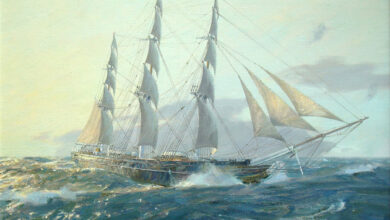 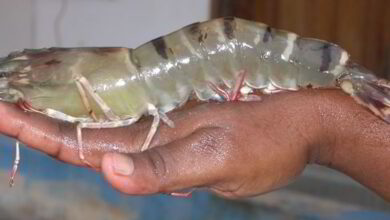