An international oil tanker and its crew remain in the custody of the Nigerian authorities, after they were arrested more than three months ago in unclear circumstances.

Nigeria is reportedly about to prosecute everyone on board with piracy charges, under the Suppression of Piracy and Other Maritime Offences Act 2019 (SPOMO).

The routine loading trip took an unexpected turn when the tanker was approached by an unidentified vessel carrying armed men. The vessel later turned out to be the Nigerian Navy’s “NNS Gongola”, but the crew mistook it for a pirate boat and escaped in international waters while broadcasting a “piracy attack call” to the International Maritime Bureau (IMB).

The Norwegian ship management company OSM is defending the crew’s action, maintaining that they had just followed the “best management practice” guidelines in case of suspected piracy attacks.

The tanker managed to exit the Nigerian Exclusive Economic Zone, but was eventually chased down and arrested by the neighbouring Equatorian Guinean authorities at the request of the Nigerian Navy.

The Heroic Idun was held at gunpoint at the Luba Anchorage in Bioko Island, Equatorial Guinea, while the country conducted its own investigations, allegedly pressured and assisted by Nigeria.

The authorities are accusing the crew of not displaying the Equatorial Guinean flag, navigating “without any form of authorisation or clearance” with the aim of carrying out oil theft and calling out an unjustified piracy alarm.

The 26-men crew, made up mainly of Indian nationals but reportedly including also Polish, Sri Lankan and Philippine citizens, was detained for nearly three months by Equatorial Guinean authorities without being provided with any consular assistance. Some of them have meanwhile been hospitalised after contracting malaria and typhoid.

“The vessel and its 26 multinational crew members have now been detained in Equatorial Guinea for more than 80 days.

The seafarers have been treated as criminals, without any formal charges or legal process for close to three months; it is nothing short of a shocking maritime injustice”, said OSM Group CEO Finn Amund Norbye.

Nigeria immediately requested the tanker’s return to its ports. It eventually obtained the green light from Equatorial Guinea only on November 12, when the Nigerian navy escorted the Heroid Idun to the Bonny Offshore Terminal.

The legal situation and the crew’s fate are unclear, given the Nigerian authorities’ lack of transparency on the matter – even though they recently released an update justifying their actions. Diplomatic negotiations are believed to be underway among the interested parties to secure the crew’s release, but the case remains shrouded in mystery.

Nigerian waters are no stranger to obscure and conflictual situations connected to the country’s fight against piracy. The Gulf of Guinea has overtaken Somalia to become the world’s piracy hotspot, holding the inglorious record since 2012. According to the International Marine Bureau (IMB), out of the 75 seafarers kidnapped for ransom globally in 2019, 62 took place in the Gulf of Guinea, mostly off Nigerian coasts.

Last year, on 24 November 2021, a Danish Navy sentry ship intercepted a pirate vessel off the Nigerian coast and its soldiers killed four Nigerian men in the ensuing armed confrontation, sparking a legal dilemma and highlighting the unsafety of Nigerian waters and the inability of the Nigerian Navy to monitor their area of competence.

This situation severely hampers the commercial viability of the flourishing Nigerian ports, and has led some countries – such as Denmark, the UK and Spain – to step in and dispatch naval ships to guarantee the safe passage of their own commercial vessels.

These foreign military crews operate in a legal grey area and with little co-ordination with Nigerian authorities but, apparently, their tacit approval.

The country passed its first anti-piracy law, the SPOMO Act, in June 2019, in a bid to tackle the increasingly pressing problem.

However, no data analysing the scale of success of such laws is available as of today, and piracy incidents keep being reported in the Gulf of Guinea. The fact that foreign navies are still regularly deployed in the gulf suggests that the implementation of the SPOMO Act has been weak at best.

The country has also attempted to co-opt some convicted former pirates into its security service, by appointing General Boyloaf as leader of a maritime security outfit in his home state of Bayelsa in 2014.

Whether this strategy has eventually paid off is uncertain. Unfortunately, though, there have been numerous reports of political corruption and even infiltration of ministries by criminal organisations devoted to piracy.

Much of the Nigerian Navy still consists of old ships, some transferred to Nigeria from the UK following independence in 1960, and decaying petrol boats donated by the Soviet Union during the 1980s.

While Nigeria, often described as “Africa’s economic giant”, is rich in natural resources, much of it – especially the rural areas – suffers from poverty and backwardness. The oil industry has long been accused of polluting the Niger Delta area (from where most pirates come), devastating local farming and fishing and forcing young men into criminal activities, which often include piracy.

Pirates, often equipped with sophisticated weapons and tools, are looking to steal oil or goods from vessels, or take crews hostage to cash in huge ransoms.

Some pirates are believed to have originated from political backgrounds, namely the Marxist “Movement for the Emancipation of the Niger Delta” (MEND).

These “militant” pirates mainly target oil tankers to retaliate against oil corporations that have wrecked the livelihood of the Niger delta.

However, many other pirates are reportedly driven more plainly by “banditry and opportunist crime”, according to a study by Prof. Chijioke J Nwalozie of the De Montfort University, Leicester.

Maritime transportation is a crucial sector for Nigeria; the Gulf of Guinea is a critical maritime route for international shipping, but not an exclusive one. Vessels heading from Asia to Europe or America may choose to follow other routes if insecurity persists, depriving Nigeria of substantial revenues deriving from transit or harbouring fees.

Closer co-operation between navies (local and foreign) and shipping companies is a prerequisite for successfully eradicating piracy in the Gulf of Guinea. But the problem must first be solved at the source, tackling poverty offshore in the Niger Delta area by promoting its development and improving living conditions.

The SPOMO Act 2019 appears like a step in the right direction, but its recent instrumental application in prosecuting the Heroic Idun crew, the continuous meddling of foreign navies in the Gulf of Guinea as a result of the ill-equipped Nigerian Navy and the lack of publicly available figures on the law’s implementation still leave many questions unanswered.

Statement on the Heroic Idun 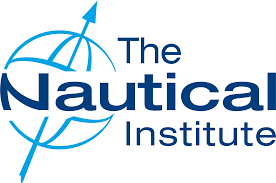 On the other hand ,The Nautical Institute is shocked and appalled by the recent interception and apparently unlawful detainment of the Marshall Islands-flagged tankship Heroic Idun in the EEZ of São Tomé and Príncipe by authorities in Equatorial Guinea and Nigeria.

We are currently making appropriate representations to help establish the emerging facts, clarify options with regards to legal assistance, and determine how else The Nautical Institute may be able to contribute quickly and effectively to the safe release of the vessel and its largely Indian crew.

We shall continue to monitor the situation closely, and act accordingly in support of our members and the wider maritime community.

US offshore oil & gas installation at 'increasing' risk of cyberattack