Shipping had been warned of risk of floating mines from the Ukraine-Russia war, with vital grain shipments also possibly threatened.

Drifting naval mines represent a threat to maritime traffic operating in the southwest region of the Black Sea, according to the NATO Shipping Centre (NSC), which earlier this month was moved to issue a direct warning to vessels transiting the area, with numerous instances recorded.

Issued on 12 September, the NSC stated that drifting naval mines had been “detected and deactivated” in the western Black Sea by “coastal nations authorities”, while there had been a confirmed sighting of another mine adrift on the currents. An additional stray mine had been detected and neutralised on 8 September in the southwestern Black Sea region.

“The threat of more drifting mines cannot be ruled out. Any sightings of mine-like objects should be reported to coastal authorities and shipping should remain well clear of the hazard,” the NSC warned at the time, advising ship masters to avoid floating objects, keep the forward area of the ship clear and use effective lookouts.

Continuing, the NSC stated that the threat of collateral damage or direct hits on civilian shipping in what is termed the War Risk Area in the Black Sea “remains high”. Further, the threat of GPS jamming, AIS spoofing, communications jamming, electronic interference, and cyber attacks was also considered as high, while harassment and diversion of shipping in the area “cannot be excluded”. 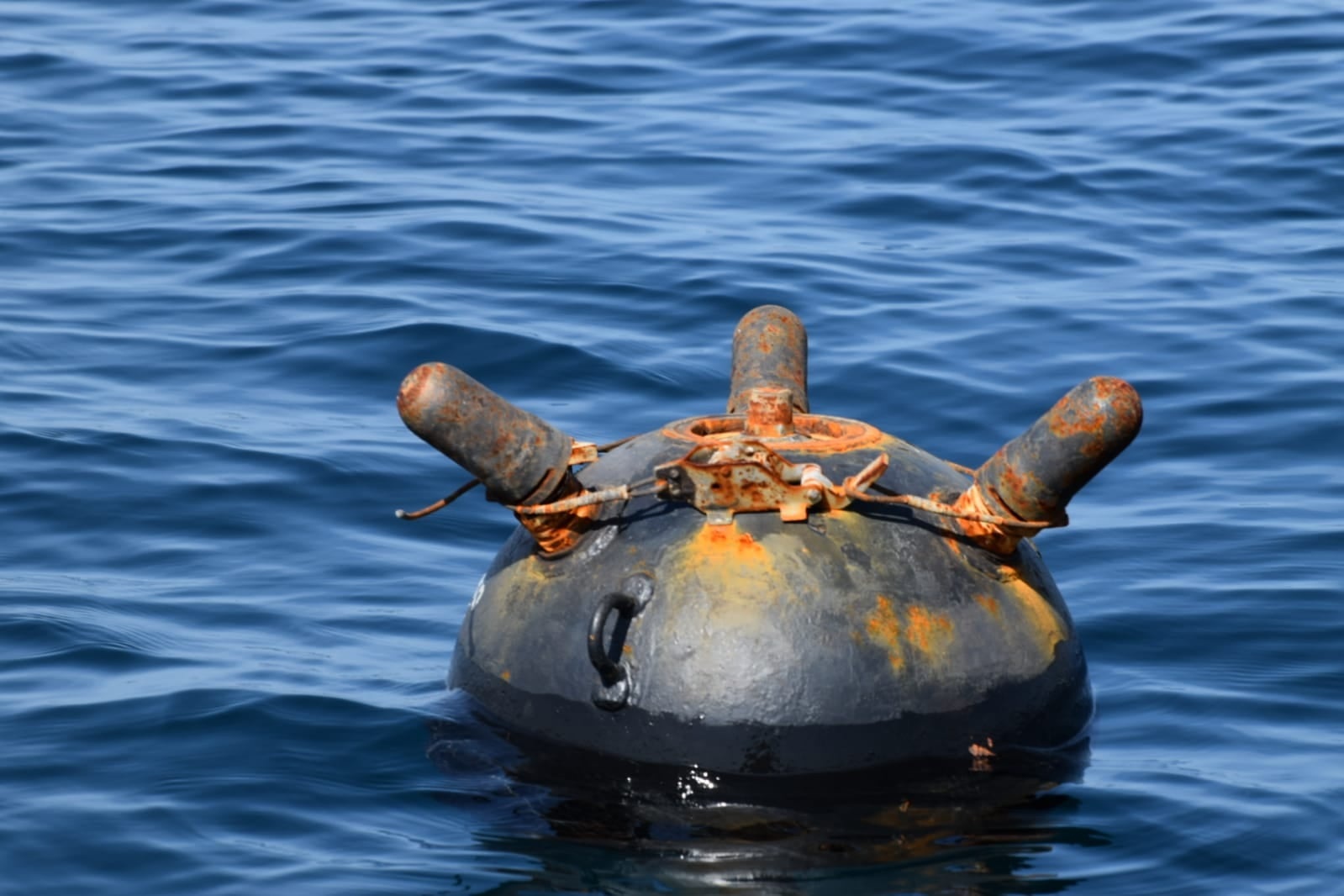 Speaking with Ship Technology on 19 September, the NSC said that a total of “seven stray mines” had been detected in the Black Sea and subsequently neutralised by the navies of NATO members Bulgaria, Romania, and Turkey. The mines are almost certainly the result of munitions placed by Ukraine or Russia in the ongoing war in Ukraine, with both sides extensively using networks of sea mines for strategic effect.

While the Black Sea itself remains closed to warship traffic due to Turkey’s enacting of the Montreux Convention and closure of the Bosphorus and Dardanelles straits to military vessels, NATO member states in the region (Bulgaria, Romania, and Turkey) had set up “enhanced surveillance measures” to detect and track sea mines.

“Allies in the Black Sea region have set up rapidly deployable assets and capabilities that allow them to very quickly react and neutralise drifting mines in a very timely manner,” said the NSC spokesperson.

However, the threat of commercial shipping in the region posed by sea mines “cannot be completely eliminated”, the spokesperson said, with NATO prepared to deploy “the most appropriate assets when necessary” depending on “operational and technical parameters”.

It had earlier been reported that a Romanian mine countermeasure vessel had been struck by a drifting sea mine on 8 September, however the at the time of publishing the Romanian Ministry of Defence had not responded to requests for comment into the incident. 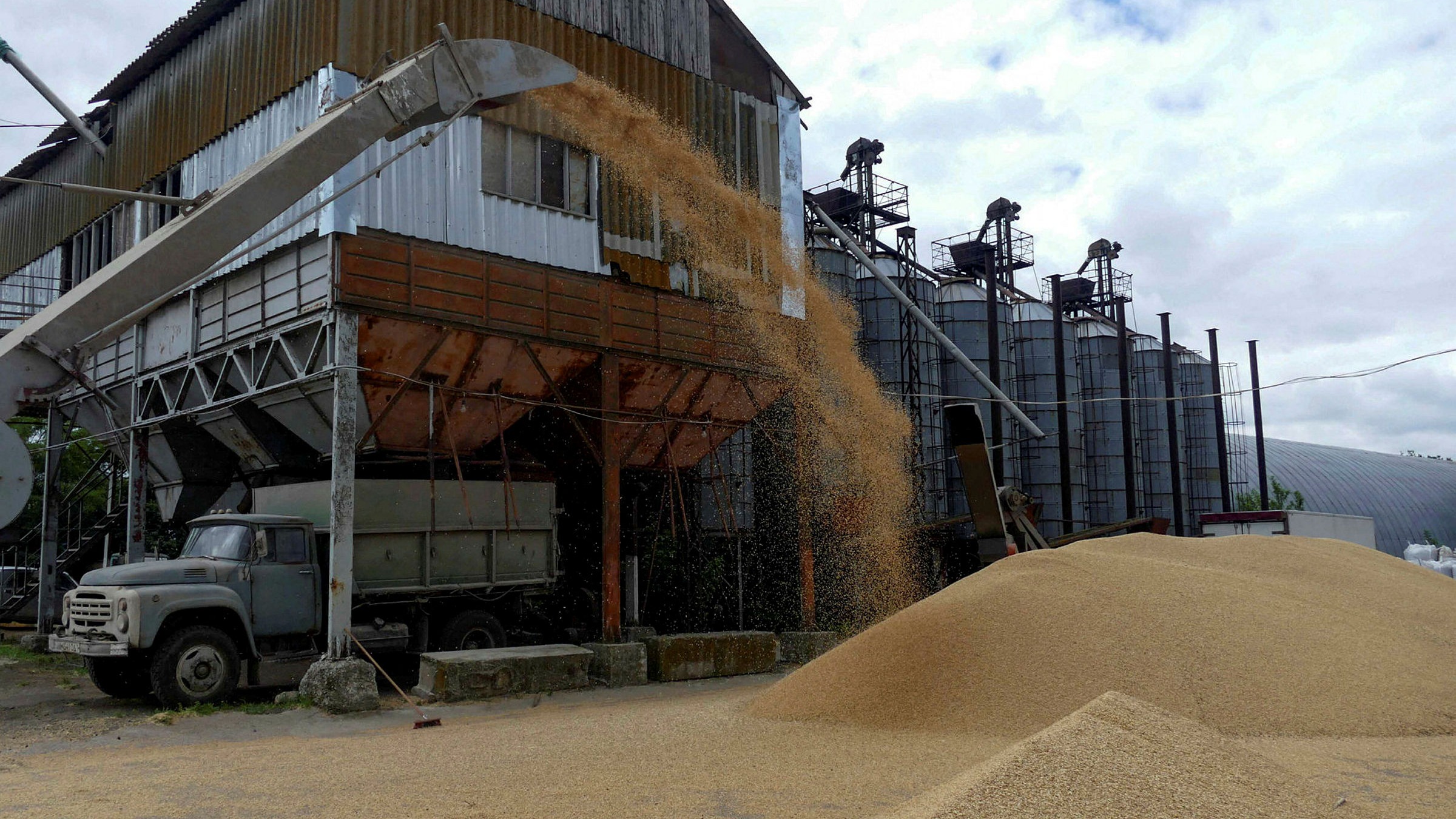 The western and southwestern area of the Black Sea are the prime locations for the Black Sea Grain Initiative’s (BGSI) transit corridor, a protected route to allow shipping to move grains and foodstuffs out of Ukrainian ports and into the global market.

From the start of Russia’s invasion of Ukraine on 24 February this year up until the beginning of the BSGI on 22 July, Ukraine had been unable to export any grain to vital markets, pushing up global prices of foodstuffs and raising the threat of food poverty in countries like Djibouti, a key recipient of Ukrainian grains.

As of 12 September, 2.7m metric tons of grain and other foodstuffs were moved from the three Ukrainian Black Sea ports of Chornomorsk, Odesa and Yuzhny/Pivdennyi, with the cargo comprising 53% corn, 23% wheat, 12% sunflower products, 6% barley, 5% rapeseed, and 1% soya beans.Of Ukrainian grain destinations, 28% had gone to low and lower-middle income countries including Egypt (10%), Iran and India (5%), Sudan and Kenya (2%), and Djibouti, Lebanon, Somalia, and Yemen (1%).

On 2 September, the UN’s Food and Agriculture Organisation (FAO) announced that world food prices dipped for the fifth month in a row.

The FAO Cereal Price Index decreased by 1.4% from August, a drop driven by a 5.1% decline in international wheat prices reflecting improved production prospects in North America and the Russian Federation as well as the resumption of exports from the Black Sea ports in Ukraine.

From 1 August to 12 September, the BSGI has enabled the safe movement of 122 voyages from Ukraine and 144 voyages to Ukraine, managed by a joint coordination centre in Turkey.