Sanmar Shipyards has delivered a powerful and highly manoeuvrable RAstar 2900SX tugboat to South American towing giant SAAM Towage. Renamed MATAQUITO ll by its new owners, the new-build ASD Z-drive tug will work in Chile according to a press released 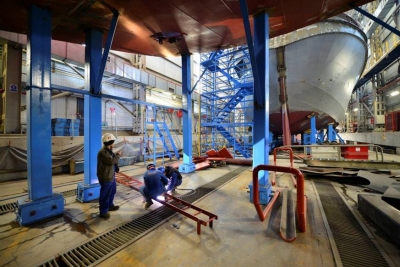 Based on the exclusive-to-Sanmar RAstar 2900SX design from Canadian naval architects Robert Allan Ltd, MATAQUITO ll was known as Bigacay XII while under construction at Sanmar’s purpose-built state-of-the-art shipyards in Turkey. 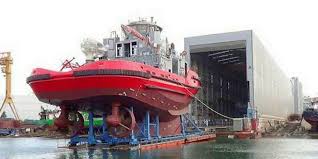 Twin Kongsberg US255FP Azimuth Thrusters enable impressive bollard pulls of 80 tonnes and a free-running speed ahead of 13 knots. Tank capacities include 160m3 of fuel oil and 18.6m3 of freshwater.

With a crew of up to eight persons, the tug benefits from the designer’s radical sponsored hull form, which has been proven to provide significantly enhanced escort towing and seakeeping performance. As well as towage, the tug has also been designed for fire-fighting, pollution response support and salvage operations within a port.

Ruchan Civgin, Commercial Director of Sanmar Shipyards, said: “We are delighted that SAAM Towage has once again turned to us to provide them with the powerful, agile and highly manoeuvrable tugboat they need. At Sanmar we pride ourselves on being able to tailor the design, construction and outfitting of our tugs to meet an operator’s individual needs. We do this through close co-operation at every stage of development, from specification, through design and building and on to sea trials. We also offer our clients an unrivalled after-sales service.”

Sanmar has been producing tugboats and providing services for numerous countries around the world for four decades. The company celebrated its 40th year anniversary in 2016.

More than 200 tugboats benefiting from all this wealth of experience are presently in operation on international seas. Sanmar builds vessels at its two custom-built, state-of-the-art yards located in Turkey’s shipbuilding heartland.