Ammonia is one of the most promising fuels of the future for shipping, but getting it into the fuel mix will be difficult, experts say. Classification society Bureau Veritas has published an Ammonia-Prepared notation and is developing a Rule Note for ammonia as a marine fuel to support advancement towards a zero-carbon future.

The Greek shipowner Avin International received in January this year. Kriti Future, the world’s first ammonia-powered main engine unit. The ship was built under the supervision of the Greek branch of the ABS classification society.

At present, Kriti Future is ‘conventionally fuelled’, but benefits from compliance with the ABS Ammonia Ready Level 1 requirements. The suezmax tanker has been classed by American Bureau of Shipping (ABS) and will operate under the Greek Flag.

“This vessel represents a milestone in the development of the maritime industry and a step forward in the readiness to utilize alternative marine fuels,” Filippos Nikolatsopoulos, ABS Manager, Greece Business Development, pointed out. 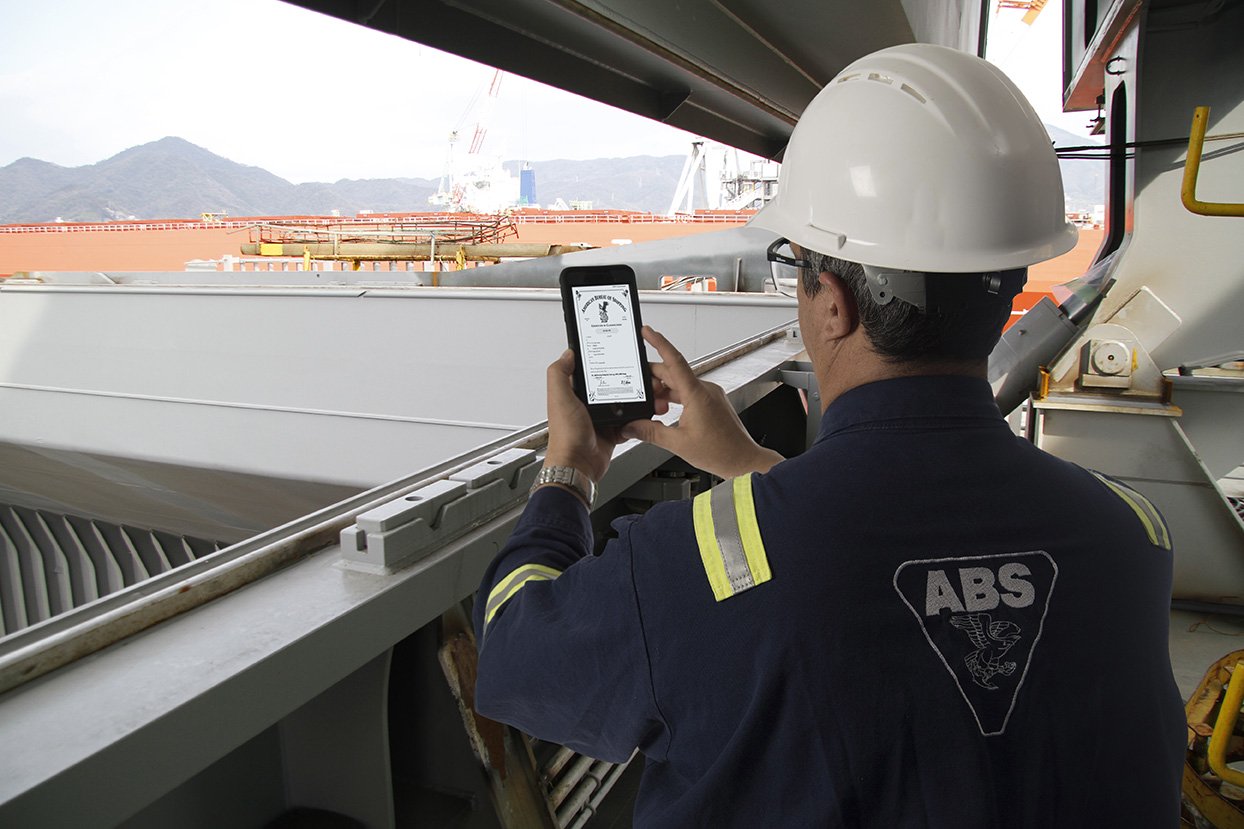 The ABS-classed Suezmax was has a deadweight tonnage of 156,700. Ammonia Fuel Ready Level 1 indicates the vessel conforms to the requirements outlined in the ABS Guide for Gas and Other Low-Flashpoint Fuel Ready Vessels.

The coal concern invests in ammonia

Rio Tinto and AngloEastern followed a similar path as the Greek shipowner, but on a larger scale. The companies recently announced that they would develop ammonia-fueled Newcastlemax-class bulk carriers. Dry cargo vessels will be of the maximum size that she can moor in the Port of Newcastle, Australia. The ships will be carrying coal or iron ore.

Rio Tinto is a British-Australian company (LON: RIO, quoted: 5,657 GBX, 18 February). It is the third largest mining concern in the world. Anglo-Eastern is one of the world’s leading ship management companies. It is headquartered in Hong Kong and has more than 25 representative offices in Asia and the Pacific, Europe and the Americas.

The funds for this ammonia vessel construction were provided by: Mining giant Rio Tinto and operators K-Line, NS United, Nihon Shipyard and Itochu. The new series of bulk carriers will have dual fuel main engines.

AngloEastern and Rio Tinto are members of a consortium coordinated by Itochu, coordinating research into the use of ammonia as fuel for marine engines. The designed bulk carrier will be built under the supervision of ABS. It will be a unit with a capacity of 210 thousand. m3. The project assumes that two IMO class C fuel tanks will be installed on board.

Itochu, together with a group of 23 signatories, formed a consortium whose task is to study the possibility of using ammonia as a marine fuel at the beginning of June last year. Currently, the group has 34 members.

The group includes stakeholders from a diverse range of energy, mining, steel and shipbuilding, industries. Ammonia producers CF Industries, Yara and Nutrien have also had input in the early stages of the project. They are not signatories.

Planning and Design Center for Greener Ships (GSC) was established in December 2020. The center was formed by the largest Japanese shipyards with Mitsubishi Shipbuilding, a shipyard operating within the Mitsubishi Heavy Industries (MHI) Group.

The first GSC project with an ammonia-powered engine – a Panamax-class bulk carrier – received ClassNK’s approval for the project – Approval in Principle (AiP).

ClassNK most of all reviewed the ammonia treatment measures, piping diagram of the fuel supply system, identification of hazardous area taking into account the flammability and toxicity of ammonia, and evacuation routes in case of emergency in line with the Guidelines.

Shipyards in China, Jiangnan Shipbuilding and China Shipbuilding Trading Corporation, through their subsidiaries, are working on an ammonia-powered vessel.

China State Shipbuilding Corporation (CSSC) with partners plan to design two 93,000 tankers m3 for the transportation of ammonia with an ammonia powered engine room. Bureau Veritas will granting AiP for the vessel design. The container ships will have dual-fuel main engines that are ammonia-ready. The dual-fuel 16000TEU container ship has a total length of 366 meters, a width of 51 meters and a depth of 30.2 meters.

This type of ship can effectively reduce the GHG emissions and meet the requirements of the latest IMO environmental protection regulations. It adopts the WinGD dual-fuel main engine and is equipped with the latest iCER-Diesel system, which can significantly reduce the ship’s greenhouse gas and nitrogen oxide emissions and improve the combustion efficiency of the main engine.

The Baltic Sea and Space Cluster has established the Baltic ZEV Innovation HUB, which has the potential to build zero-emission ships. The hub is coordinated by the Crist shipyard, and the cooperation is between Nauta Shipyard, ASE Technology Group, TSG Polska and the Cador Consulting design office. Cador is the coordinator of Baltic ICT & AI HUB.