Kenya’s $3.6 billion ports master plan will transform the country’s sea, lake, and dry ports over the next 30 years. Modern ports that comply with the International Maritime Organization (IMO) codes attract a greater shipping market, which could boost and sustain the economy of Kenya and the region. But with these expansions come security concerns, notably organized crime and terrorism.

The Kenya Ports Authority’s (KPA) flagship project is the new Lamu Port, which commands an initial investment of $2.1 billion. It is one of the seven mega infrastructure development schemes under the Lamu Port-South Sudan-Ethiopia-Transport (LAPSSET) Corridor Project. This $25 billion programme is part of Kenya Vision 2030, which aims to transform the country into a middle-income economy.

Lamu Port serves as a transhipment facility to other seaport hubs in, for example, Djibouti, South Africa and the United Arab Emirates. Transhipment ports are intermediate sites where goods are moved from one ship to another for transport to other destinations. 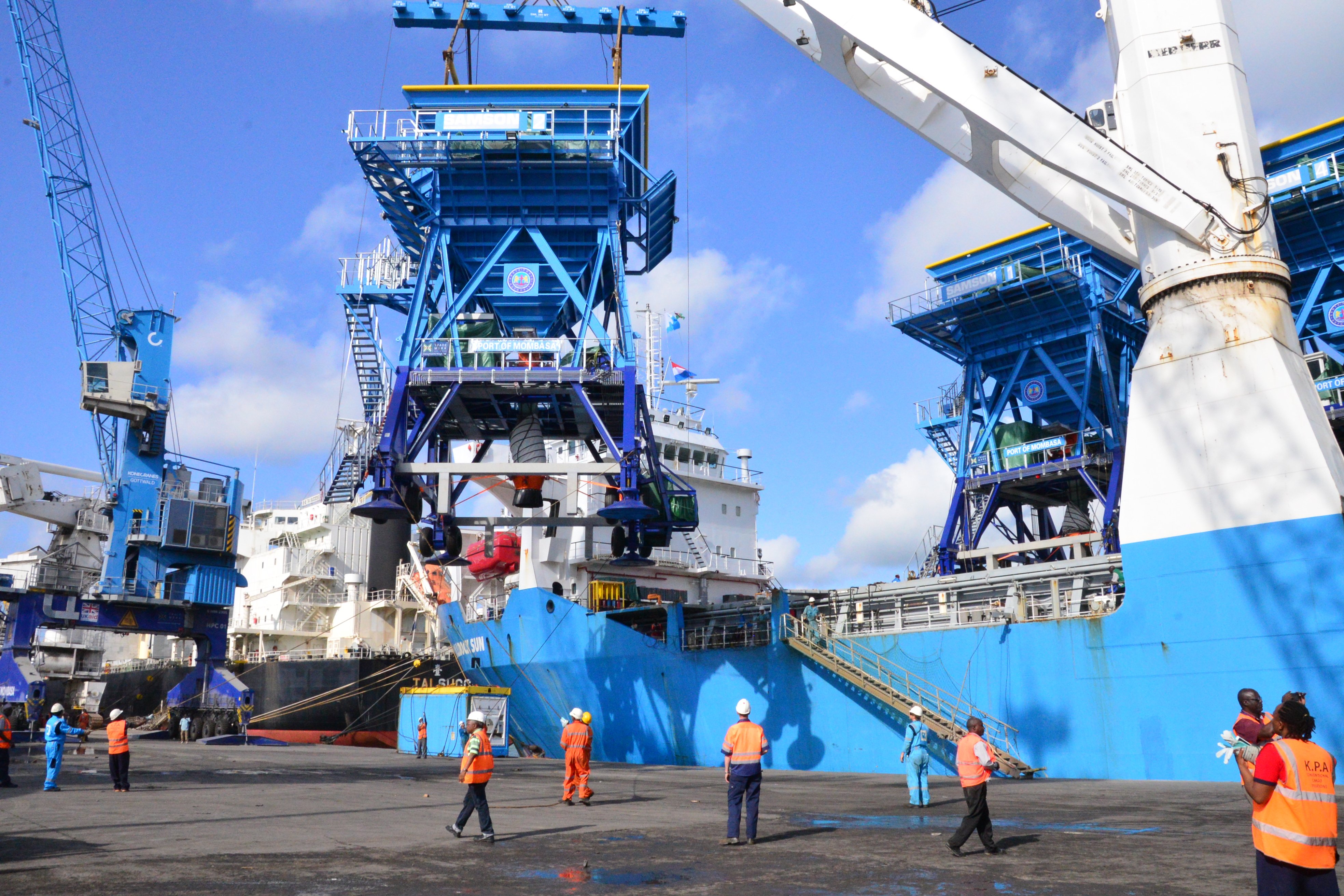 Lamu is close to the Somalia border, where al-Shabaab is a dominant presence. The terrorist group notoriously focuses on state infrastructure, damaging property and fostering fear in local communities. This was demonstrated when they attacked the Manda Bay military base in Lamu in January 2020, killing three American defence staff and destroying US aircraft and vehicles.

Al-Shabaab collaborates with transnational organised crime groups and gets involved in organised crime activities to fund its organisation and terror campaigns. For instance, the group reportedly smuggles legal commodities such as sugar, trades in illicit firearms, and engages in human trafficking, including recruitment drives in Kenya.

In 2019, Kenya’s government banned trade between Kenya and Somalia through the Kiunga border crossing and closed its border with Somalia due to security threats. The measures were also aimed at countering the syndicates involved in illegal fishing, human trafficking, contraband goods and ‘terror merchants’. Despite state efforts to encourage business in Lamu at the Kiunga border point, evidence of organised crime near the port persists.

And although piracy has subsided off Africa’s east coast, an ‘increase of shipping traffic due to the Lamu Port may ignite the interest in the hijacking of ships – a crime al-Shabaab has been indirectly involved with in the past,’ a maritime security expert, speaking anonymously, told the ENACT organised crime project.

Local grievances could exacerbate Lamu Port’s susceptibility to infiltration by organised crime and terror groups. The historical marginalisation of communities and recent state excesses in the war on terror, such as extrajudicial killings and enforced disappearances, have at times targeted people living in Lamu. Al-Shabaab takes advantage of such situations in recruiting its members from Lamu.

Besides links to terror groups, in 2018, Lamu was identified as a drug trade hotspot. As a link to South Sudan and Ethiopia, the port presents an opportunity to expand drug trafficking to markets in northern Kenya and neighbouring East African states. Lamu Port and other LAPSSET infrastructures, such as the Juba–Addis Ababa railway and Kenya’s Isiolo Airport, are equally vulnerable to trafficking in minerals, wildlife and endangered tree species such as teak.

Port security experts told ENACT that port stakeholders and users had set up Border Management Committees that bring together key government agencies. In Lamu, they focus on maritime security concerns, such as the smuggling of contraband goods and the link between human trafficking and terrorism.

The committees aim to provide a coordinated response between the KPA and other arms of the state, including the police, Kenya Coast Guard Service, Immigration Department and Kenya Revenue Authority. The Border Management Committees have also incorporated Lamu’s local communities to improve intelligence gathering and enhance public participation in security-related decisions.

However, KPA head of security Tony Kibwana notes that the absence of the KPA integrated maritime security policy and strategy hinders inter-agency responses to organised crime, especially at newer ports such as Lamu. The maritime plan is being developed and would expand the KPA’s cooperation with government agencies such as the Kenya Coast Guard Service and the Kenya Navy to deter off-shore transnational maritime threats.

Safe ports stimulate local, national and regional economies, benefiting both the public and private sectors. Securing ports against transnational organised crime is vital, and recent developments indicate that Kenya is making strides to secure its maritime space. The country was recently removed from the IMO’s piracy red list due to its achievements in addressing piracy challenges.

An immediate, positive consequence of this is reduced insurance and security expenses (by millions of dollars annually) for those using Kenya’s ports. This aligns with the KPA Master Plan 2018-2047’s goal of making Kenya an attractive and competitive transhipment and destination hub on Africa’s East Indian Coast.

This article was produced by ENACT. ENACT is funded by the European Union (EU). The contents of this article are the sole responsibility of the author and can under no circumstances be regarded as reflecting the position of the EU.