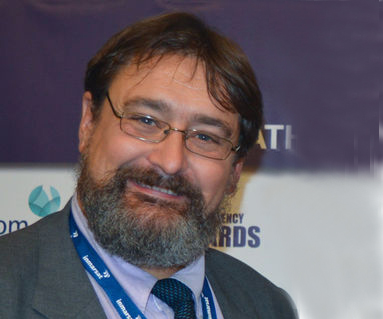 Following the very well-received Wind Propulsion Forum at the One Ocean Summit this morning, the International Windship Association Secretary-General, Gavin Allwright delivered a number of recommendations and a call for action for policymakers and world leaders attending the summit. The key parts from that statement are as follows:

“During the forum, we have already heard calls for an appropriate level of carbon pricing and levies to be brought into the shipping industry, these are very clear, so I won’t take time repeating those now.

Critically, we need to fully integrate the potential of wind-powered ships within International and European institutions, in order to further improve ocean protection and urgently deliver on decarbonisation pledges by adopting an ‘propulsion- or energy-centric approach rather than a narrow fuel-centric one’.

To this end, actively supporting the evolution of the International Maritime Organization’s texts so that wind propulsion is considered in the same way as alternative fuels and is brought to the heart of the maritime transport decarbonization pathway. Also, promoting direct wind power for shipping in European policies dedicated to the greening of the fleet, including in the proposals currently under discussion such as Fuel EU Maritime and the wider ‘Fit 55’ program.

Another key recommendation is a concrete one, to deploy a fleet of wind-propelled vessels in island territories that are extremely vulnerable to climate change and that will be confronted with the challenges of availability and cost of alternative fuels – in particular the Pacific islands, but also the Caribbean territories and many other least developed regions and small island developing states. This fleet will stand as a strong contributing factor in building resilience in these regions and will be a symbol of international solidarity and a commitment to a ‘Just Transition’ in the Ocean sphere.

Your support nationally, regionally, and internationally for the research, development, and deployment of direct wind propulsion systems and vessels will be a clear, unequivocal message that urgent and deep reductions in shipping emissions are not just possible this decade, but affordable and hugely beneficial to the blue economy and ocean environment.

As we call it, A Win, Win, Wind situation for All!”

The One Ocean Summit will take place in Brest in Brittany in the northwest of France on 9-11 February 2022, aiming to mobilize the international community to take tangible action towards preserving and supporting a healthy and sustainable ocean. The first major event of a “super year” for the ocean, the Summit is an opportunity to kick-off the second year of the Ocean Decade with the first big international commitment to protect the ocean and reverse its declining health.

The “One Ocean Summit” will be held in the context of the French Presidency of the Council of the European Union, with the support of the United Nations.

International Windship Association (IWSA): facilitates and promotes wind propulsion solutions for commercial shipping worldwide and brings together all parties in the development of a wind ship sector to shape industry and government attitudes and policies.