The key task of COP26 was to deliver a credible plan to limit global temperature increases to 1.5°C. The Glasgow Climate Pact, which was agreed by all parties, recognises the scale of the crisis, but is weak on concrete measures to address it. As a result, we are on track for temperature increases of 2.4°C by 2050, which will have devastating consequences for humanity and the planet.

One of the most serious failures in Glasgow was financial support for the Global South, especially relating to adaptation, mitigation and loss and damage. In 2009, Global North countries pledged to mobilise $100 billion for adaptation (such as building infrastructure such as sea walls to protect against the negative effects of climate change) and mitigation (such as renewable energy infrastructure). However, this funding target has been missed every year.

At COP26, Global South countries came with new demand, finance for loss and damage for countries already experiencing the disastrous effects of climate change. Yet, the Glasgow Climate Pact failed to deliver any concrete commitments. 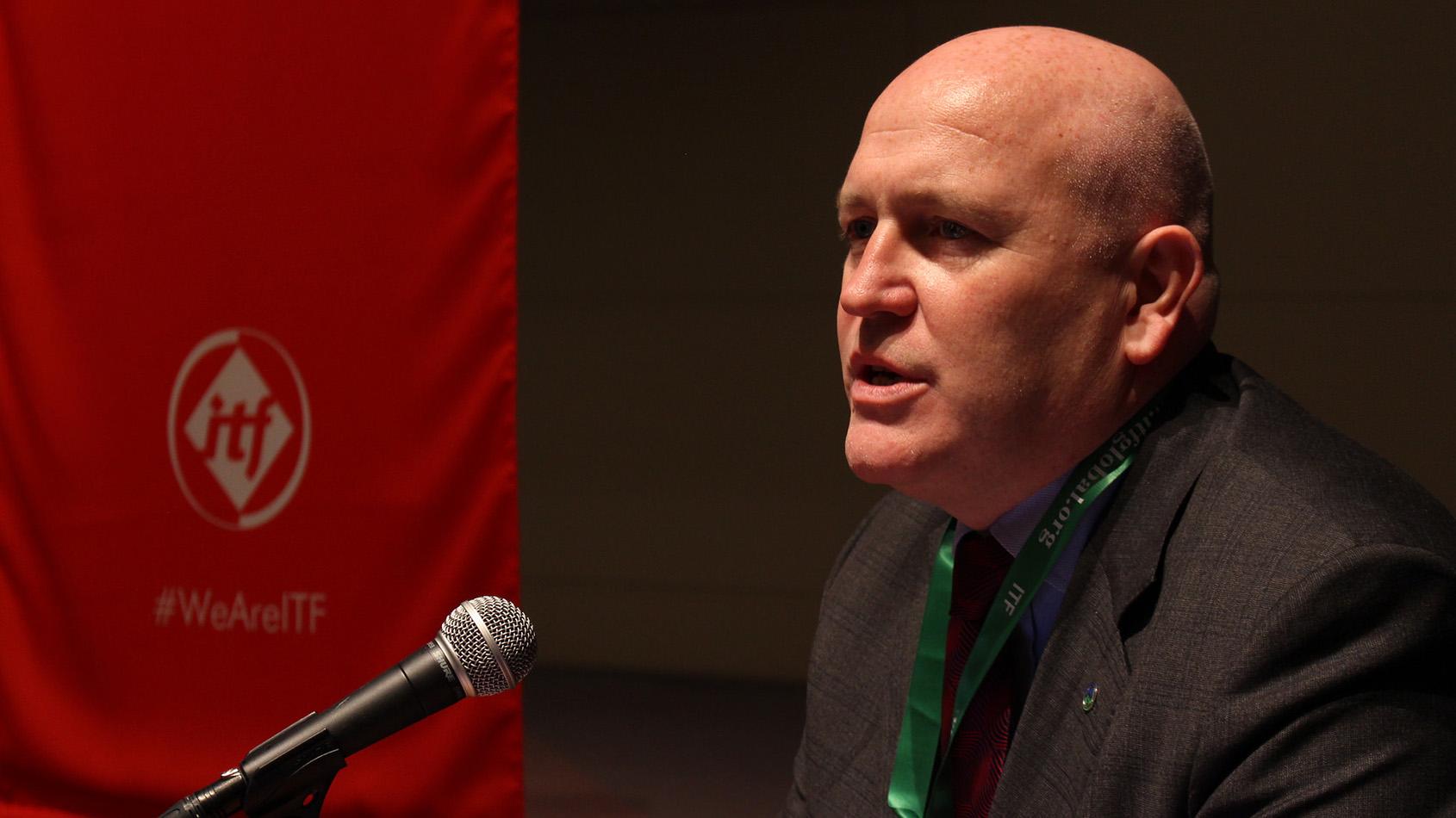 On his return from COP26 in Glasgow, ITF General Secretary Stephen Cotton said: “The funding gap is one of COP26’s most serious failures. Countries in the Global South are being denied funds needed to urgently protect their citizens now, as well as for safeguarding future generations.”

“Governments need to turn the vague promises in the Glasgow Climate Pact into concrete action. If governments fail, we are risking the life and death of millions and we cannot allow the burden of climate change to fall on those in poorer nations,” said Cotton. 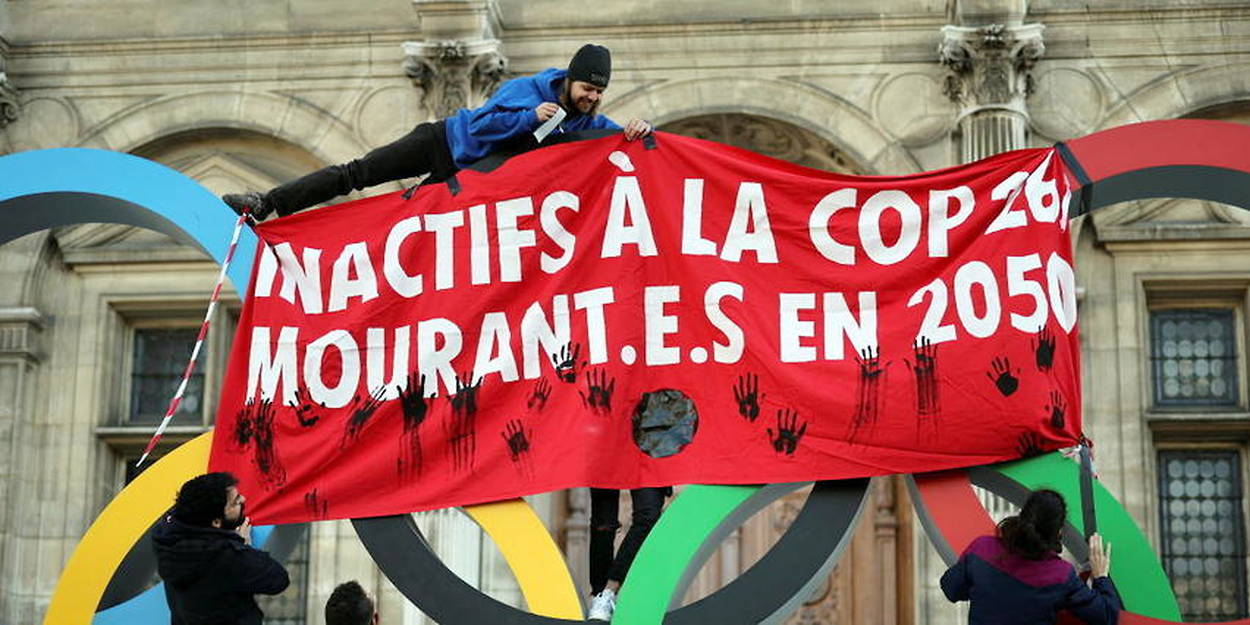 Transport in the spotlight

“In Glasgow, we saw a greater sense of urgency from some governments and employers across the transport sector, and we need to build on this momentum to seriously tackle the decarbonisation of transport,” said Cotton.

“This is an example for how all transport industries should address just transition,” said Cotton. “The taskforce will make sure that seafarers have a big say in key issues around jobs and skills as the industry embarks on its biggest ever transformation. It’s vital that the voice of labour is at the table.”

The ITF, alongside campaign partner C40 Cities, called for governments globally to double public transport journeys by 2030 and advance a just transition to zero-emissions public transport. 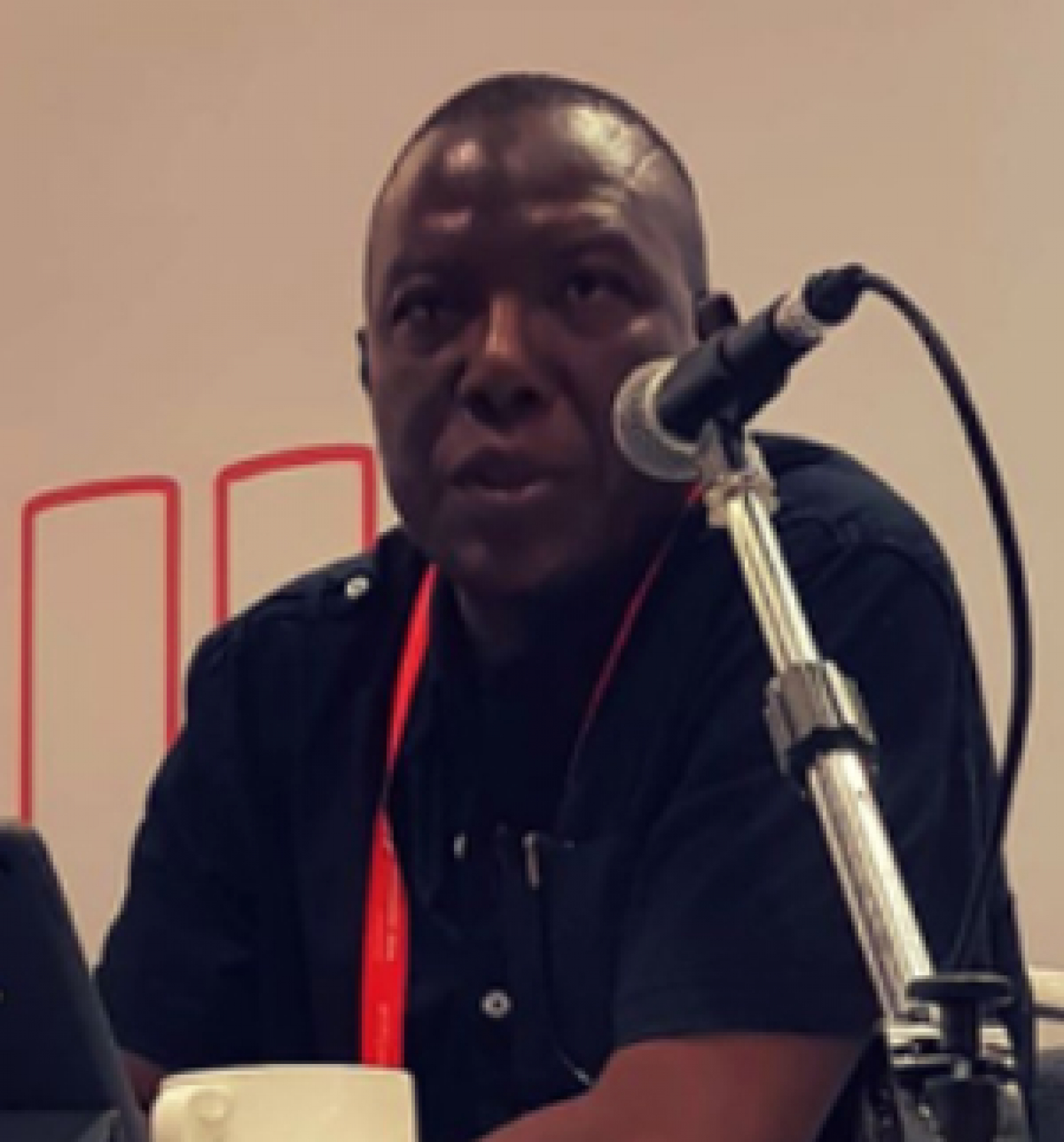 John Mark Mwanika, ITF Urban Transport Chair said: “We can’t afford to forget the critical role public transport must and can play in hitting climate targets. Increasing access to and availability of good quality public transport requires a fair and just transition. All levels of government must work together to unleash state funding over the next decade to achieve this, and to create tens of millions of decent jobs worldwide.”

But COP26 showed the overall approach to transport is uneven. The UK COP Presidency focused on electric cars but did not prioritise the modal shift to public transport on road and rail that is needed. The aviation declaration takes one important step forward, in it recognises that aviation must align with the Paris target of 1.5°C, however, this industry urgently needs to bring workers into the conversation.

“Transport workers must be front and centre in the fight for climate justice and for a just transition of our industries. The time is now to mobilise for the green horizon in shipping, for safe and sustainable rail, for a future that is public transport, and for zero-carbon transport being an opportunity for transport workers,” said Cotton.

We must focus on just transition in revised climate plans

One of the most important outcomes from COP26 is that all countries are now required to submit revised national climate plans, known as Nationally Determined Contributions or NDCs, by 2022. The revised plans must include specific targets for reducing emissions by 45% by 2030.

The Glasgow Climate Pact also affirmed that all countries must make explicit commitments on just transition in their long-term plans. Yet, more progress needs to be made on making sure that climate action involves a just transition for workers.

Over the course of the conference, over 147 ITF unions in 36 countries backed this call and urged their governments to implement robust just transition measures for transport in their NDCs.

“Transport unions have put their governments on notice. The transition cannot happen without an active role for workers. Workers must be at the table. We expect concrete commitments on both just transition and credible plans for each transport sector to decarbonise, which must include specific commitments for women and young workers,” said Cotton.