Navigating through the ocean can be a dangerous, challenging task for the crew, especially with unpredictable weather conditions and storms reducing visibility.

To assist vessels navigating through the waters surrounding Papua New Guinea, technology company Vissim – in partnership with M-Nav solutions – has installed Coastal Monitoring Systems to improve the safety and navigability of these waters.

The inclusion of these sensors will allow for efficient planning of marine traffic, improve surveillance of remote coastal areas, and protect areas of nature identified as sensitive by the International Maritime Organisation.

The project has been implemented by Papua New Guinea’s National Maritime Safety Authority and funded by the Asian Development Bank in collaboration with the Maritime Waterway Safety Project. 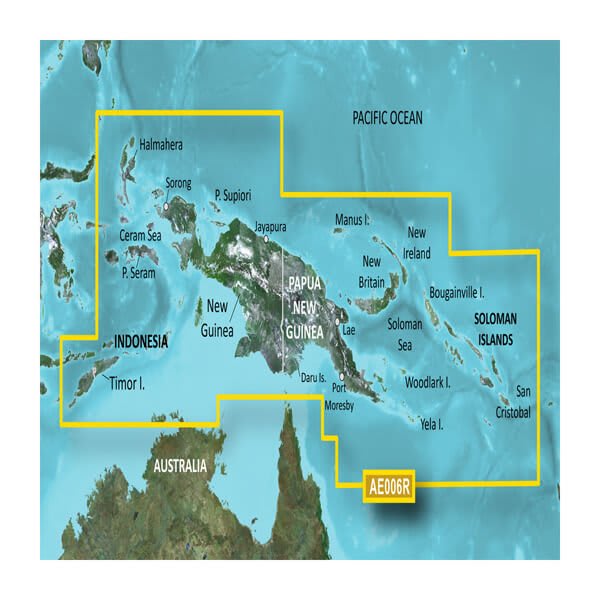 Safety in the sensor

The project involves the construction of two different types of sensor sites along the coastline, all powered by solar energy. These sensors communicate via satellite, sending data to the control centre located in Port Moresby, the capital of Papua New Guinea.

The second site, which the company refers to as “strategic sensor sites”, comprises radar net sensors as well as CCTV and very high-frequency sensors, which are also powered by solar energy, as well as wind and battery.

Prior to the installation of these sensor sites, the original technology was deemed obsolete with limited functions available to vessels and those on shore.

Håvard Odden, senior vice president of maritime awareness at Vissim says: “The original technology was not fitted for the purpose. These two key sites are protecting and surveying the area, which has a lot of commercial shipping passing through it. The system that they had there before was not in a condition or maybe not suitable for this kind of operation.”

By utilizing the data collected via the sensors, the technology can generate data on specific vessels, which can then be used to identify abnormalities in vessel behaviour.

For example, if a particular vessel is always set to go out of port at 6 am to fish, then return back to port around 9 pm, the sensors will store this data.

Using this data, the sensors can then detect changes in a vessel’s behaviour that are out of character, such as arriving later or leaving earlier. The sensors can also detect route abnormalities taken by vessels which can sometimes point to illegal fishing or other nefarious activities.

Alongside this new Papua New Guinea installation, Vissim is on the verge of completing a project on the west coast of Thailand. The project involves 30 sensor sites and three control areas. The company is also monitoring the Suez Canal, as well as a site being developed off the coast of Benin.

Bringing in the benefits

The sensors provide the maritime industry with complete awareness and overview of the waters around Papua New Guinea, allowing for emergency situations to be recognized and for assistance to be provided quickly.

Odden explains: “If there is an emergency situation, by using the sensors you will know which vessels are in the area, which vessels can help, and which vessels have the appropriate equipment on board to carry out rescue operations.”

The sensors also play a role when it comes to navigation within difficult waters, such as the dense, compacted coral reef areas surrounding the coastlines of Papua New Guinea. Communication is possible with vessels to ensure that they do not embark on certain courses or to instruct them to stay away from sensitive coral areas that are protected for ecological reasons.

“It’s not a passive monitoring system,” Odden says. “You can actively engage with the vessel to keep them away from the paths that they shouldn’t go. The system can tell you that this vessel is not supposed to be in that area.”

Every rose has its thorn, and this is certainly the case when it comes to implementing the sensors. Although the technology brings with it many safety benefits for vessels within the area, the installation is challenging, sometimes with setbacks.

Many countries and states are seeing the benefits of sensor installation when it comes to monitoring biodiverse areas such as coral reefs, controlling illegal fishing, and improving vessel safety in surrounding waters. But securing land for sensor site construction can be a difficult task.

“Countries understand that they need a system to take care of their economic zone and control illegal fishing, which is a big problem and costs countries billions of dollars every year,” Odden says.

Looking into the future, the Vissim hopes to see more sensor development projects. Due to land availability and securing building permits, these projects will take time to install, but once in place, they will undoubtedly provide countless benefits to coastal areas.