IMO is committed to cutting GHG emissions from ships. Mandatory energy efficiency measures were first adopted in 2011 and have been strengthened since The Initial IMO Strategy on the Reduction of GHG Emissions from Shipping was adopted in 2018, setting out a clear pathway toward decarbonization of international shipping. (see /Cutting-GHG-emissions.aspx ) .

At MEPC 77, Member States agreed to initiate the process of revision of the Initial IMO GHG Strategy, towards adopting a strengthened revised Strategy in mid-2023 at MEPC 80.

The MEPC 76 session adopted a work plan on the concrete way forward to make progress with candidate mid-and long-term measures, including measures to incentivize the move away from fossil fuels to low- and zero-carbon fuels to achieve decarbonization of international shipping. The Work Plan envisages three phases: Phase I – Collation and initial consideration of proposals; Phase II – Assessment and selection of measures(s) to further develop; Phase III – Development of (a) measure(s) to be finalized.

The MEPC will consider the reports of the two sessions of the Intersessional Working Group on the Reduction of GHG Emissions from Ships (ISWG-GHG 11 and 12).

The MEPC will be invited to adopt a series of guidelines to support the implementation of the short-term measure, including on method of calculation of the EEXI, the revised SEEMP, and possible correction factors for CII. (Read more here ISWG GHG 12).

The IWSG-GHG 12 will report on its progress in advancing towards the further development of a “basket of candidate mid-term measures” – integrating both various technical (for example, a GHG fuel standard and/or enhancement of IMO’s carbon intensity measures) and carbon pricing (for example, a market-based measure) elements. Further discussion is expected during the MEPC 78 session.

ISWG-GHG 11 will report on progress in reviewing the Procedure for assessing impacts on States of candidate GHG reduction measures, which will facilitate a future comprehensive impact assessment of a “basket of candidate mid-term measures”.

Revision of the Initial GHG Strategy

Following the agreement at the last session to work towards adopting a strengthened revised GHG Strategy in 2023, the MEPC 78 session will have for consideration a number of documents providing concrete proposals and comments related to the revision of the Initial IMO GHG Strategy.

The MEPC is expected to discuss how to proceed with the revision process so that the revised strategy can be adopted at MEPC 80 in mid-2023.

ISWG-GHG 11 will report progress in developing draft Lifecycle GHG assessment guidelines (LCA guidelines) which will allow for a Well-to-Wake calculation, including Well-to-Tank and Tank-to-Wake emission factors, of total GHG emissions related to the production and use of alternative marine fuels.

Proposal to designate the Mediterranean Sea, as a whole, as an Emission Control Area for Sulphur Oxides

The MEPC will consider a proposal to designate the Mediterranean Sea, as a whole, as an Emission Control Area for Sulphur Oxides (SOx-ECA), under MARPOL Annex VI.

If approved at this session, the relevant amendments could be adopted at MEPC 79 in December. The amendment could enter into force in mid-2024, with the new limit taking effect from 2025.

Contracting Parties to the Convention for the Protection of the Marine Environment and the Coastal Region of the Mediterranean (Barcelona Convention) and its Protocols agreed in December 2021 to bring forward the proposal to IMO.

The Ballast Water Management Convention (BWM) has been in force since 2017 and aims to prevent the spread of invasive aquatic species in ballast water.

In 2017, MEPC 71 established the ballast water experience‑building phase (EBP) (resolution MEPC.290(71)), in order to carry out a systematic and evidence-based review of the BWM Convention, potentially leading to a review of the Convention and development of a package of amendments.

In addition, the MEPC will consider a proposal by 10 Member States to establish a Convention Review Plan (CRP) to guide the holistic review of the BWM Convention, which had been agreed as the next stage of the EBP; the proposed CRP would frame the relevant work until 2026.

MEPC 78 is expected to establish the Ballast Water Review Group to, inter alia, consider the data analysis report and the way forward towards the Convention review stage. 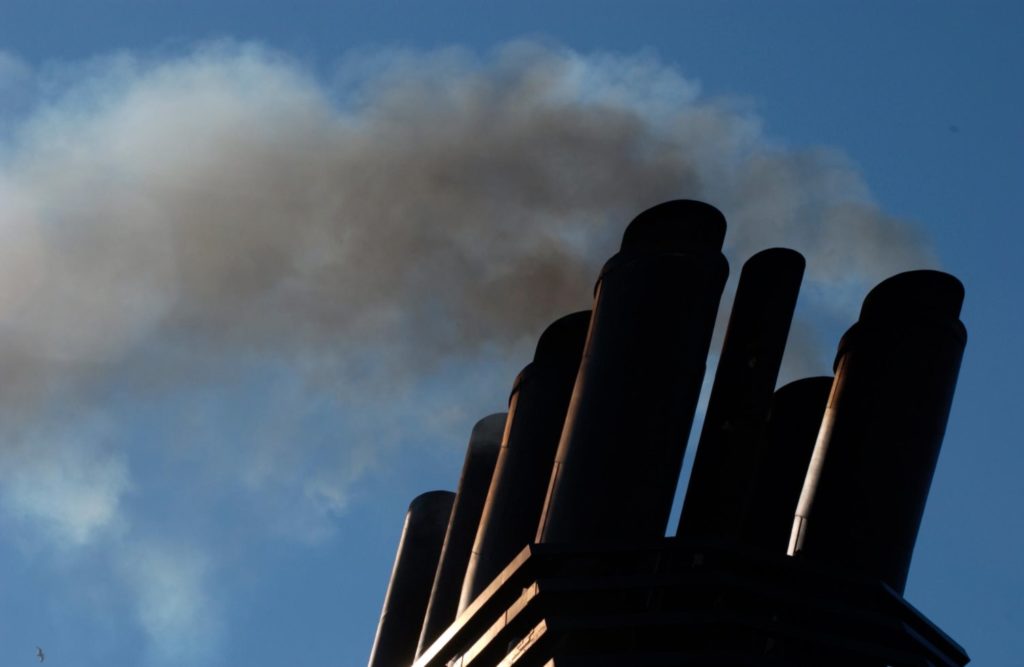 The MEPC is expected to consider for approval, as developed by the Sub-Committee on Prevention of Pollution (PPR):

Actions have been agreed, to be completed by 2025, which relate to all ships, including fishing vessels. The action plan supports IMO’s commitment to meeting the targets set in the UN 2030 Sustainable Development Goal 14 (SDG 14) on the oceans.

The MEPC is expected to approve draft amendments to MARPOL Annex V (agreed by PPR 9), to make the Garbage Record Book mandatory also for ships of 100 gross tonnages and above and less than 400 gross tonnages, with a view to subsequent adoption.

GloLitter Partnerships, a project between the Government of  Norway, IMO, and FAO is supporting developing countries, including Small Islands Developing States (SIDS) and Least Developed Countries (LDCs), in identifying opportunities for the prevention and reduction of marine litter.

The MEPC is expected to adopt the following amendments (approved at the last session):

The MEPC will consider the draft text of revised guidelines to support the implementation of the AFS Convention, following the adoption, in 2021, of amendments to include controls on the biocide cybutryne. The amendments enter into force on 1 January 2023. The draft consequential revisions under consideration relate to:

The MEPC will consider for approval:

The MEPC is expected to establish the following virtual groups:

The meeting will be opened by IMO Secretary-General Kitack Lim and will be chaired by the Vice-chair, Mr. Harry Conway (Liberia). Due to unforeseen circumstances, Mr. Hideaki Saito (Japan), who was re-elected as the Chair of the Committee at the last session, is not available to chair this session.

Undertakes all environment-related issues in shipping that affects not only underwater ecosystems but also ashore and in the air. This includes topics such as climate change, oil spill prevention, and response, harmful aquatic invasive species and ballast water management, noxious substances transported by ships, waste generated in ships and its management, bilge water management, air pollution, and noise pollution.

Learn About the Key Takeaways from MSC 106

Panama, Uruguay, and Norway sign up to the Clean Energy Marine Hub Initiative

Conftrasporto: Freight Traffic down in Italy in 2023 up to 3%

IMO : Boosting regional presence with new office in the MENA region in Egypt

Learn About the Key Takeaways from MSC 106

Panama, Uruguay, and Norway sign up to the Clean Energy Marine Hub Initiative

Conftrasporto: Freight Traffic down in Italy in 2023 up to 3%

IMO : Boosting regional presence with new office in the MENA region in Egypt 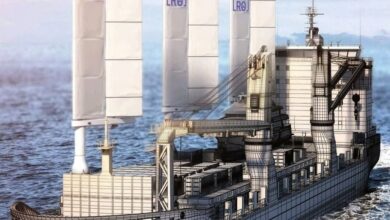 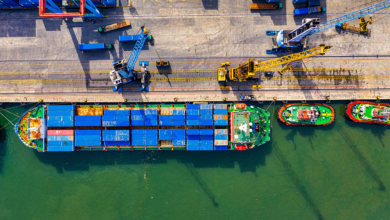 EMSA : Update on Potential of Biofuels for Shipping 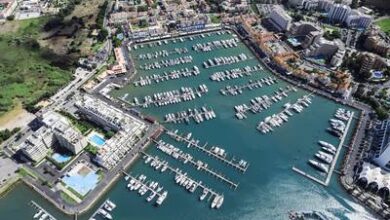 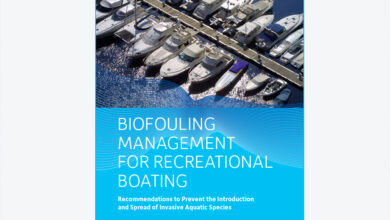 IMO : How to manage biofouling to stop the spread 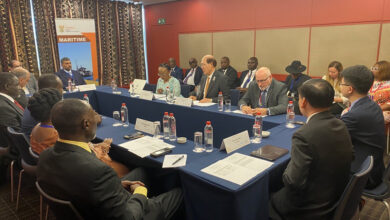 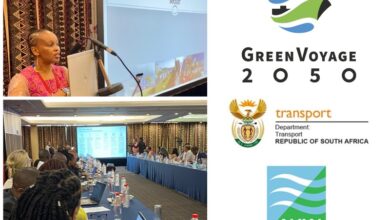 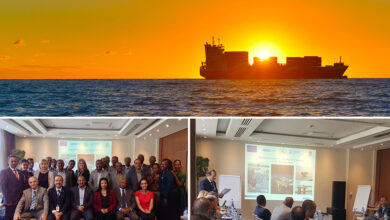 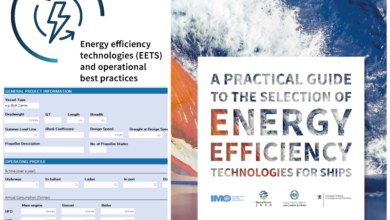 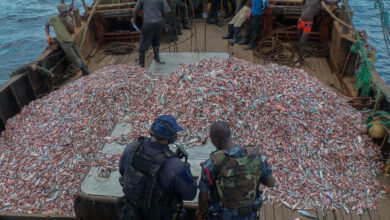 The challenge of IUU fishing in West Africa 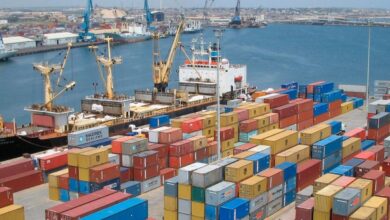 Sealing 1st commercial deal between Egypt, Ghana under the umbrella… LRF : What works for seafarer wellbeing 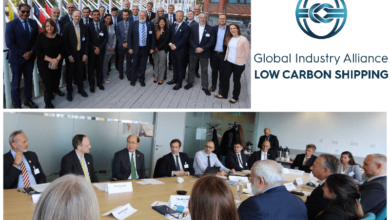