Killer shrimps, sea squirts and the spiny water flea are all examples of invasive aquatic species that have been introduced to new areas in various parts of the world by recreational craft such as boats, yachts and other small craft.

Invasive aquatic species are known to be one of the biggest drivers of biodiversity loss, and their management especially in marine environments is incredibly challenging.

Therefore, the most cost effective away of addressing their impacts is to prevent their spread to new areas.

To tackle this issue, the GloFouling Partnerships, led by the International Maritime Organization (IMO) and in collaboration with the International Council of Marine Industry Associations (ICOMIA), World Sailing, and the International Union for Conservation of Nature (IUCN), has published a new Biofouling Management for Recreational Boating Report.

The aim of the report is to stop the spread of invasive aquatic species which can adhere to hulls and other areas of recreational craft by addressing how to manage biofouling.

The report provides an overview of invasive aquatic species which are believed to have been introduced to different areas of the world through recreational boating. Current regulations and guidance are presented, as well as an overview of anti-fouling paints.

The report was launched during the 2nd GloFouling Partnerships R&D Forum and Exhibition on Biofouling Prevention and Management for Maritime Industries, held at IMO Headquarters in London 11-14 October.

Recreational vessels can start to collect biofouling on their hulls within hours of being in the water.

Dry-sailed craft, such as trailered boats, dry-stacked craft or portable craft rely on dry storage to avoid the accumulation of biofouling on their hulls, whereas vessels that stay afloat will have some form of anti-fouling coating as protection.

As well as hulls, bilges, lockers or cooling system – so-called niche areas – are key areas to consider for biosecurity. Paddle boards and clothing such as wetsuits and waders can carry larvae of potentially invasive species.

Some species – like the killer Shrimp Dikerogammarus villosus – cannot survive in dry conditions, so “Check, Clean, Dry” has become the mantra in preventing their spread. The killer shrimp, native to the Black Sea and Caspian Sea regions, has been introduced to waters in Norfolk in the United Kingdom – via a boat, windsurfer or even angling gear.

It is larger than the local UK shrimp and is an aggressive hunter, feeding on native freshwater shrimp, damselflies, water boatmen as well as small fish and eggs.

Other species may be carried in larval form on clothing such as wetsuits. An example of this are the veligers (larvae) of quagga or zebra mussels.

These mussels can litter beaches and decaying mussels produce a foul smell.

The quagga mussel Dreissena rostriformis bugensis, originating in Ukraine , and is now in North Amerca ,

This species was identified as the top-ranking invasive species threat to the United Kingdom.

The report includes guidance and posters for best practices to prevent the spread of invasive species and ensure biosecurity: 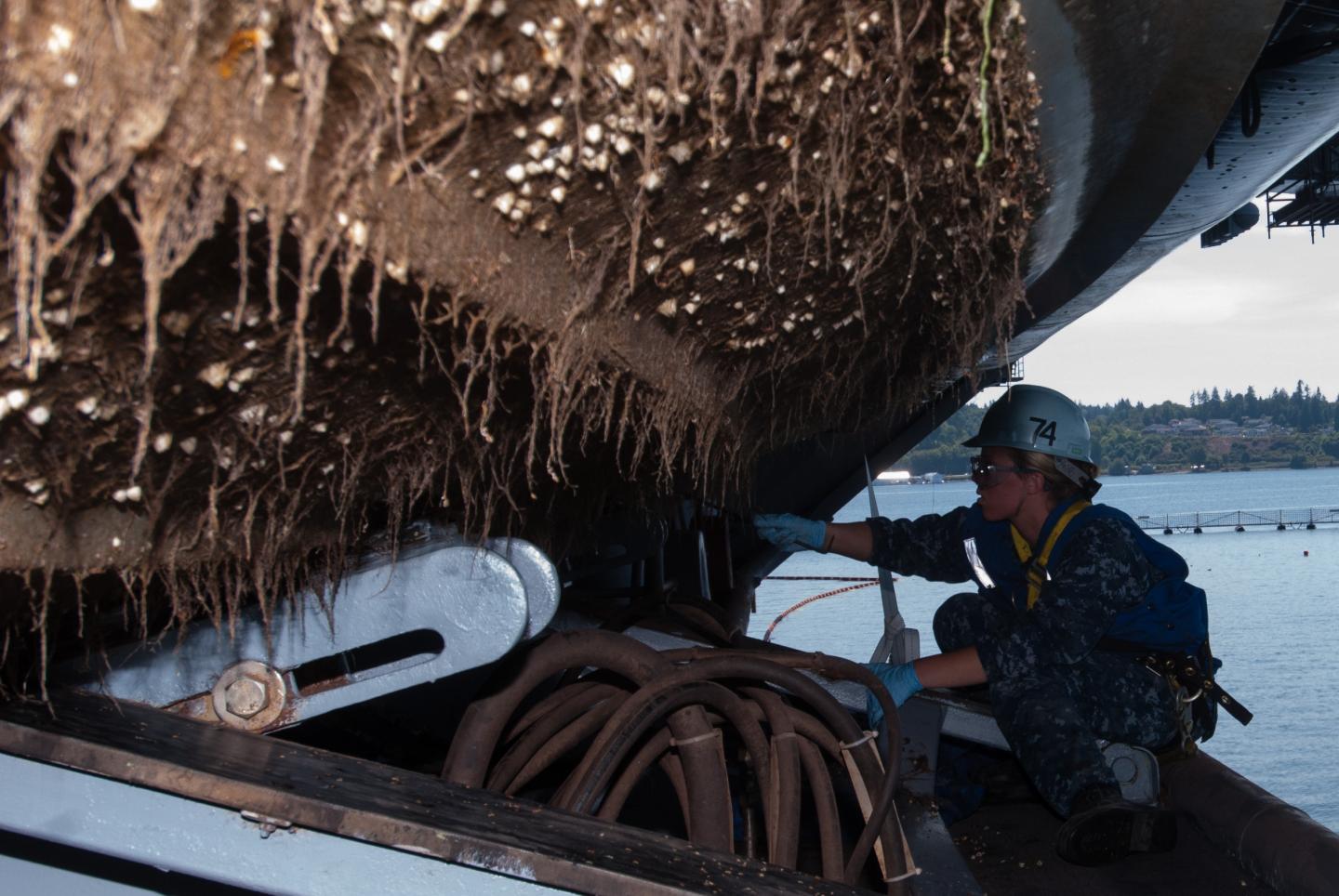 Building Partnerships to Assist Developing Countries to Minimize the Impacts from Aquatic Biofouling (GloFouling Partnerships) is a collaboration between the Global Environment Facility (GEF), the United Nations Development Programme (UNDP) and the International Maritime Organization (IMO).

The project aims to develop tools and solutions to help developing countries to reduce the transfer of aquatic invasive species through the implementation of the IMO Guidelines for the control and management of ships’ biofouling.

GEF – the Global Environment Facility – was established on the eve of the 1992 Rio Earth Summit to help tackle our planet’s most pressing environmental problems. Since then, the GEF has provided over USD 21.1 billion in grants and mobilized an additional USD 114 billion in co-financing for more than 5000 projects in 170 countries.

UNDP – the United Nations Development Programme – partners with people at all levels of society to help build nations that can withstand crisis, drive and sustain the kind of growth that improves the quality of life for everyone.

On the ground in nearly 170 countries and territories, we offer global perspective and local insight to help empower lives and build resilient nations. www.undp.org

IMO – the International Maritime Organization – is the United Nations specialized agency with responsibility for the safety and security of shipping and the prevention of marine pollution by ships. www.imo.org

The International Council of Marine Industry Associations – ICOMIA, is the international trade association representing the global marine industry since 1966.

ICOMIA brings together national marine industry associations in one global organisation, presenting a strong and united voice when dealing with issues challenging the industry.

Nearly 40 national associations across the world are full members covering most of the industrial world, from North America across to Japan and from Finland to New Zealand.

ICOMIA collaborates internationally with authorities and major organizations, publishes documents and guidelines while also producing tools to facilitate the growth of the industry. www.icomia.org

International Union for Conservation of Nature – IUCN, is a membership Union composed of both government and civil society organisations.

It harnesses the experience, resources and reach of its more than 1,400 Member organisations and the input of more than 18,000 experts. IUCN is the global authority on the status of the natural world and the measures needed to safeguard it. www.iucn.org

World Sailing’s vision is for a world in which millions more people fall in love with sailing. Inspired by the unique relationship between sport, technology and the forces of nature we all work to protect the waters of the world.

World Sailing is made up of 146 Member National Authorities, the national governing bodies for sailing around the world and 119 World Sailing Class Associations. www.sailing.org

Salvage Operations is Underway in Gibraltar to Remove OS 35…