The risks posed by poor conditions of storage of this common compound, which is used extensively in the Fertilisers and Explosives industries, have been well documented but awareness of the dangers of fire during transportation by sea is less well known.

The objective of this guide, entitled ‘Ammonium Nitrate Fire Risk on Board Ships’ is to outline best practice with respect to the management of risk on vessels chartered to ship the compound through ports around the world.

Ammonium Nitrate (NH₄NO₃), a white to grey odourless chemical has a melting point of 169 degrees C and decomposes at 210 degrees C.

While it does not burn by itself, significantly it will accelerate burning of combustible material, producing toxic oxides of nitrogen and ammonia, which will support combustion, even in the absence of oxygen.

“These properties in particular demand careful consideration of how and where ammonium nitrate is stowed on board vessels that are used to ship large volumes around the world,” says the paper’s lead author Brian Devaraj, who is a member of ICHCA’s Technical Panel.

“Ammonium nitrate fires can escalate out of control very rapidly. To mitigate consequential loss of life and damage, the provisions laid out in the International Maritime Dangerous Goods Code (IMDG Code) should be complied with at all times.” 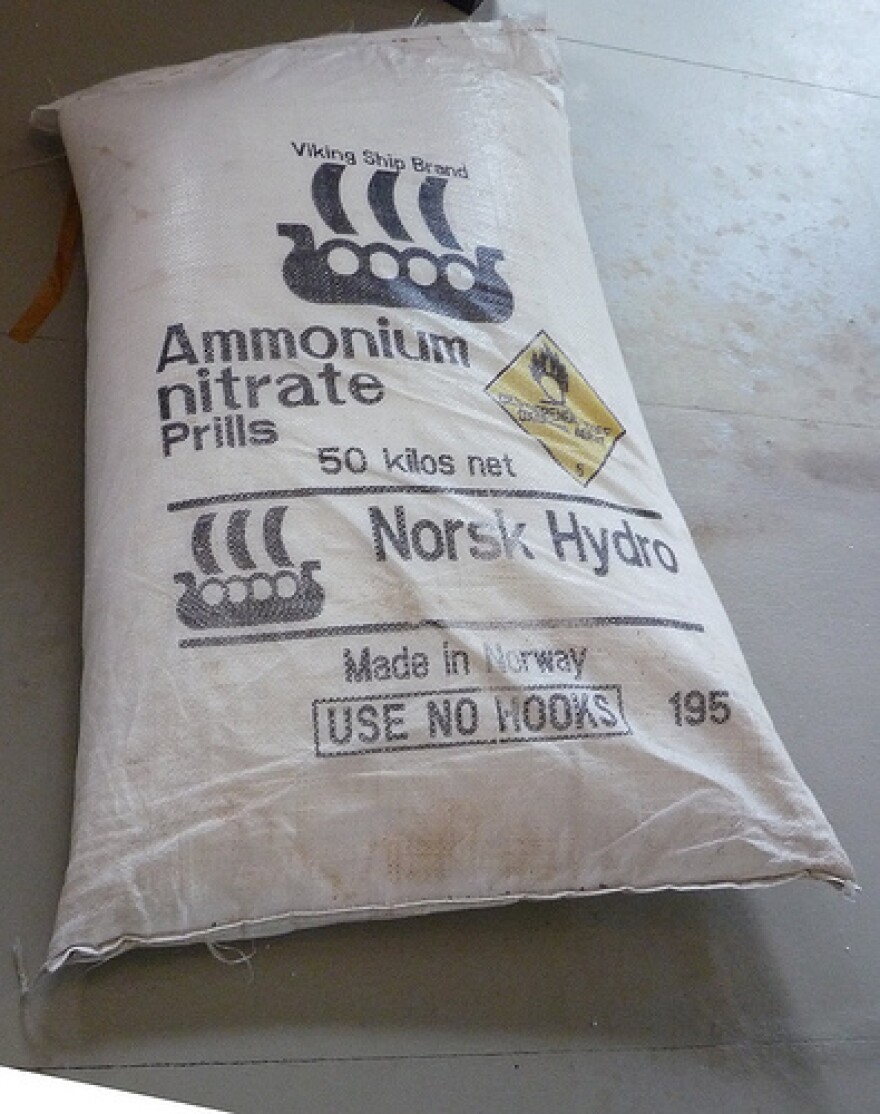 The whitepaper outlines in detail ammonium nitrate’s peculiar reactions to heat and subsequent conflagration, as well as the nature of its decomposition.

These characteristics mean that the specifications of vessels’ equipment, including deck cranes, hatch covers, hold linings, fuel tanks and pumps, also forklifts and other handling devices, must be precise.

The whitepaper offers comprehensive guidance on these particulars.

Above all however from a fire prevention point of view emphasis is put on compliance with IMDG Code, which typically requires ammonium nitrate to be stowed on deck only.

The Code does however allow an exception for certain forms of the compound and fertiliser containing it to be stowed under deck.  The rules for this are outlined in clause 7.6.2.8.4.

“This seemingly unremarkable clause is in fact crucial to safe shipping of ammonium nitrate,” explains Devaraj in the whitepaper. “7.6.2.8.4 states that certain UN Numbers of the product may be stowed under deck in a clean cargo space capable of being opened in an emergency, including need to open hatches in case of fire to provide maximum ventilation and to apply water.

This of course precludes a hold containing ammonium nitrate to be over-stowed with another cargo.”

The whitepaper is at pains to underline that while all IMDG clauses are pertinent to fire risk, all ships and cargo operators must be particularly cognisant of Clause 7.6.2.8.4. as it is crucial to the ability to respond effectively if an ammonium nitrate fire on board a ship is out of control and the risk of an explosion is imminent.

The intention of the clause is that all a vessels’ hatches – including tween decks- shall be openable in case of an ammonium nitrate fire. There is however potential to misunderstand this point and ICHCA is working with the IMO and stakeholders to clarify the wording of the clause.  Several jurisdictions, that handle the product in significant quantities, have taken heed of this risk and the related IMDG requirements.

At the time of publishing, three countries that have specific arrangements are Australia, South Africa and Chile. The guidance of these authorities is contained within the whitepaper which is available for free download until Friday 9 December 2022:

Established in 1952, ICHCA International is an independent, not-for-profit organisation dedicated to improving the safety, productivity and efficiency of cargo handling and movement worldwide.

ICHCA’s privileged NGO status enables it to represent its members, and the cargo handling industry at large, in front of national and international agencies and regulatory bodies, while its Technical Panel provides best practice advice and develops publications on a wide range of practical cargo handling issues.

Operating through a series of national and regional chapters, including ICHCA Australia, ICHCA Japan and Correspondence and Working Groups, ICHCA provides a focal point for informing, educating, lobbying and networking to improve knowledge and best practice across the cargo handling chain.