Home / Home / Hapag-Lloyd on the path to CO2 neutrality 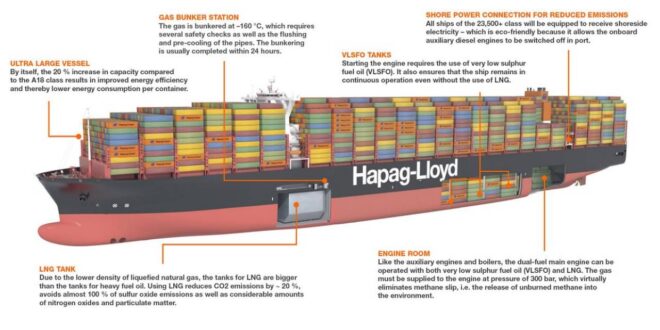 eBlue_economy_Hapag-Lloyd on the path to CO2 neutrality

Hapag-Lloyd on the path to CO2 neutrality

To reduce the greenhouse gas emissions of our fleet, we will rely on dual-fuel ships that can also bunker alternative, liquefied-fuel gases. Twelve of them are currently being built.

Every combustion engine emits CO2 into our atmosphere. The Paris Climate Accords set a goal of achieving climate neutrality by 2050. At Hapag-Lloyd, we aim to operate our fleet in a climate-neutral manner by 2045 and to use alternative fuels for ship propulsion.

On our path to decarbonization, we aim to hit a big intermediate milestone by 2030: reducing the greenhouse gas intensity of our entire fleet by 30% by making greater use of energy sources with lower CO2 emissions.

We measure our greenhouse gas intensity against the Energy Efficiency Operational Indicator (EEOI) developed by the International Maritime Organization (IMO) compared to 2019. In doing so, we take into account the greenhouse gas emissions relative to the volume of cargo transported and the distance travelled.

One milestone in the sustainability history of our fleet is the 12 new buildings we currently have on order. Incidentally, it isn’t just their propulsion technology that is consistent with our sustainable vision, but also their financing.

To help us achieve our sustainability-related goals, Hapag-Lloyd concluded green financing transactions for these new building projects that are in line with the Green Loan Principles. 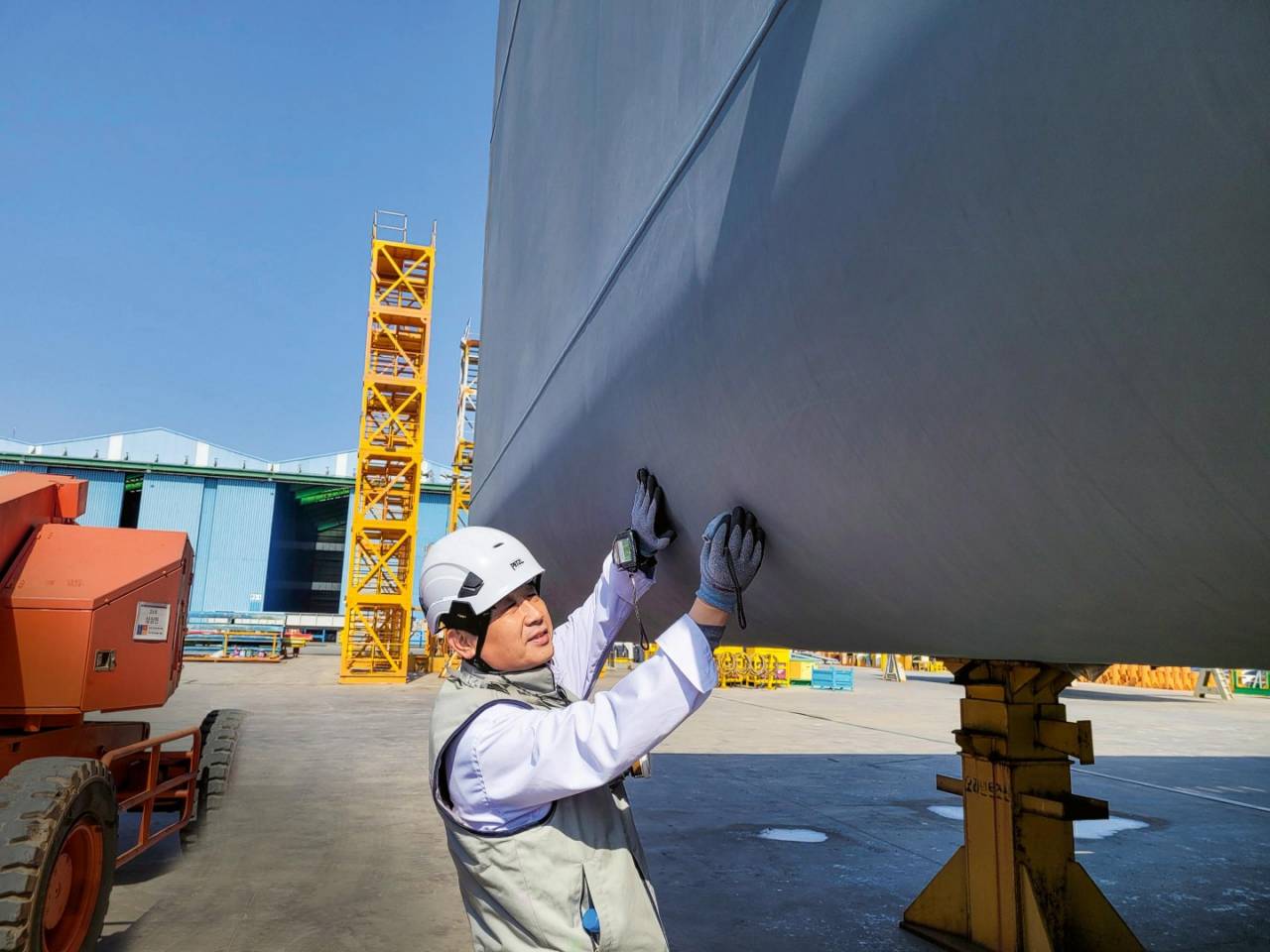 A dozen ships – each with a length of 400 metres, a beam of 61 metres, and a capacity of more than 23,500 TEU – are being built by Daewoo Shipbuilding & Marine Engineering, a shipyard in Okpo, South Korea.

The tank is currently being produced as part of a global pilot project. In huge halls, around 200 welders are working with steel with a particularly high manganese content.

This offers several advantages, such as greater durability. The keel-laying of the first ship in the dry dock in Okpo is scheduled for August 2022.

It isn’t just the size of the ships that make them impressive. One special feature is that they will have a high-pressure dual-fuel main engine that minimizes methane slip so that less unburned methane escapes from the engines into the atmosphere.

In addition to conventional fuels, the engine system – meaning the main engine, the auxiliary engines, and the boilers – can also be operated using methane gas.

The gas, which must be stored at around -160°C (-256°F), is then fed into the MAN high-pressure engine and vaporized. For the main engine, this requires a high pressure of 300 bar.

This gas technology has the potential to be a decisive factor in helping us to achieve our emissions targets.

This is because we will be able to use not only fossil methane in the form of liquefied natural gas (LNG) but also any green methane gases that are developed and become affordable in the future – such as synthetic methane produced using hydrogen (SNG) or biomethane.

Until so-called “renewable methane gas” (RNG) is available in sufficient quantities and the needed infrastructure is in place, we will have to operate our new ships on a transitional basis with fossil methane gas, such as LNG, which we can bunker in Rotterdam and Singapore – although Germany also recently announced plans to build two domestic LNG terminals, in Brunsbüttel and Wilhelmshaven.

Using LNG will not completely fulfil our vision of a climate-neutral future. But, in any case, it will allow Hapag-Lloyd to already make an initial contribution to these efforts while also significantly reducing its emissions of sulphur oxide and particulate matter.

Due to the special properties of the gas, the tanks will play a key role – along with everything that is needed for safety and reliable operation. They are more than twice as big as conventional tanks, although the new ships will store the same amount of fuel.

However, since the gas has a much lower volumetric energy density than conventional heavy oil fuel, we will need a lot more volume to cover the same distance.

So, on the one hand, we will need more space for the fuel and, on the other, it wouldn’t make sense to store it in, say, 10 individual tanks owing to the more complicated handling.

Hapag-Lloyd is accordingly having a tank with 18,000 cubic metres of volume installed in each of the new ships in the perfect location: under the superstructures, where no containers are stowed.

One tankful is enough for a complete round voyage between Europe and the Far East, where the new ships will eventually be deployed on our THE Alliance routes. 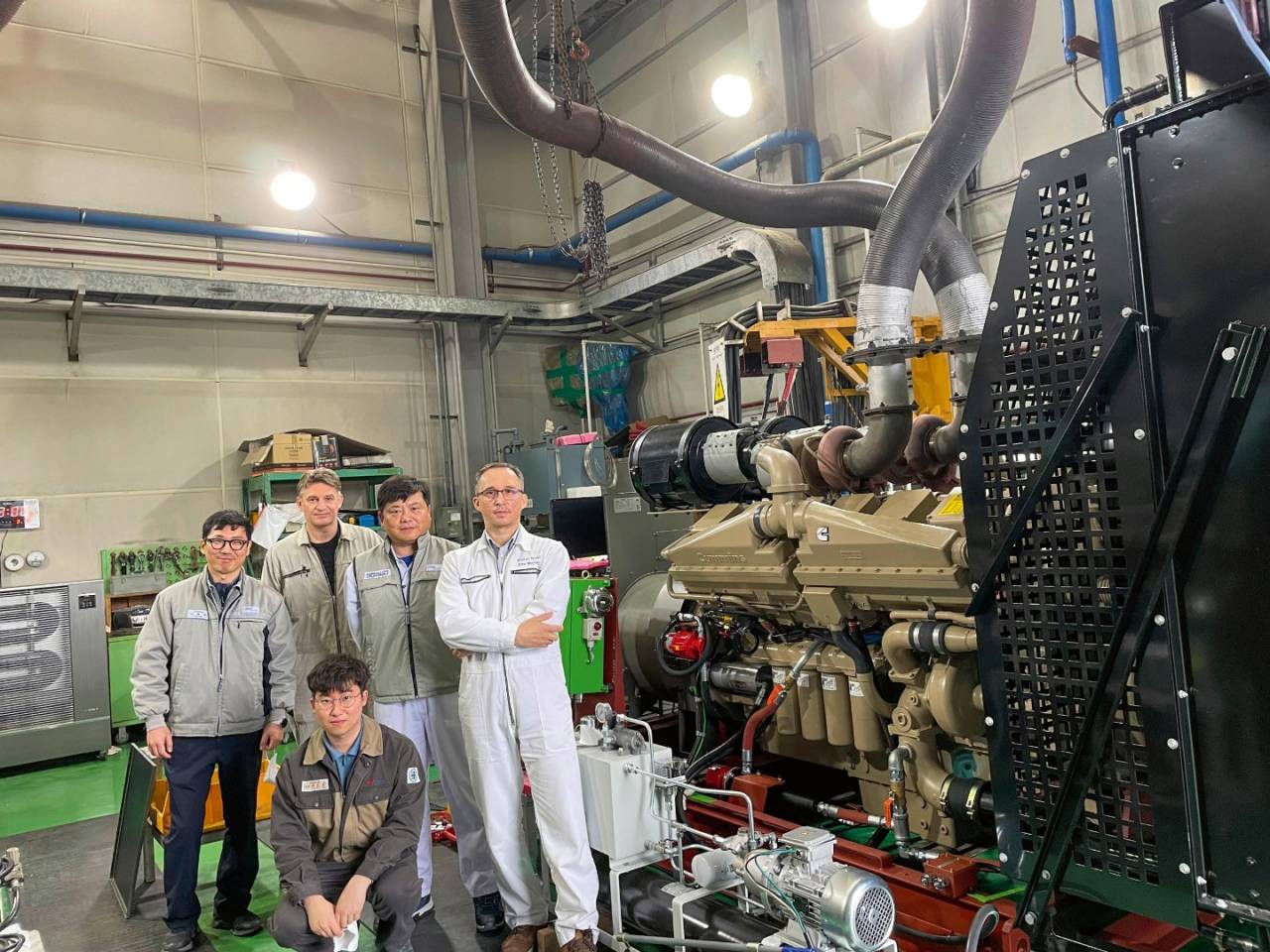 In May I had the privilege to join a panel about the environmental agenda and future fuels at the Breakbulk Europe in Rotterdam.

During the discussion, we talked about various options to reduce carbon emissions such as operational measures, LNG, and biofuel. Soeren Werbeck Director of Specials Strategy & Steering posted via his account on Linkedin

Although yet to be developed, future fuels such as synthetic methane can become viable options.
Find out more about the Hapag-Lloyd AG path towards CO2 neutrality and how we prepare for future fuels.