Former Soviet cruise ship AZERBAIJAN (ENCHANTED CAPRI), beached by storm in Nov 2020 in Veracruz State, Mexico, Gulf of Mexico, remains in the same position, rusting and decaying, though probably, dismantling was attempted (take a look at portside forefront superstructure). Watch locals footage of the wreck, including inside footage, in four videos, posted on youtube

She was relocated to Mexico waters and exploited as an offshore oil industry flotel, from around 2009, until last month, when she was decommissioned, to be dismantled at Tampico. Understood she was under tow from lay-up at Coatzacoalcos and was anchored to wait out the weather on Oct 26, but dragged anchor and grounded, when the storm was passing the area.

A skeleton crew of four was rescued. The ship is to be refloated. AIS was on until Oct 30.
Accident details and photos provided by news outlet La Silla Rota Veracruz veracruz.lasillarota.com 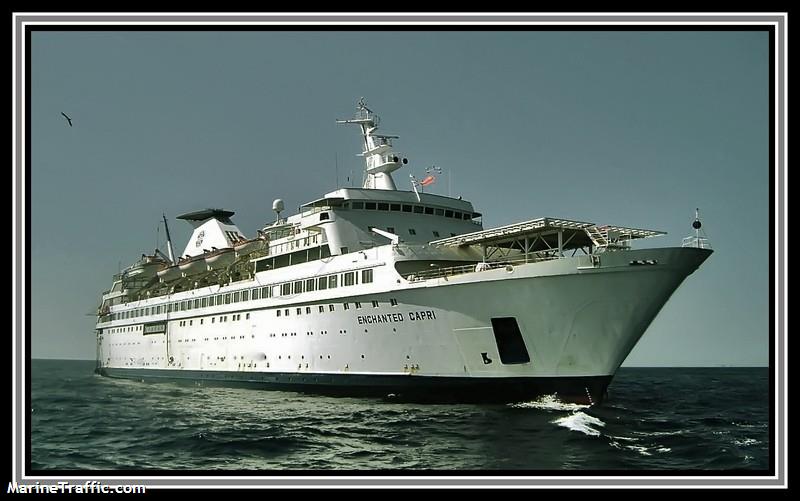 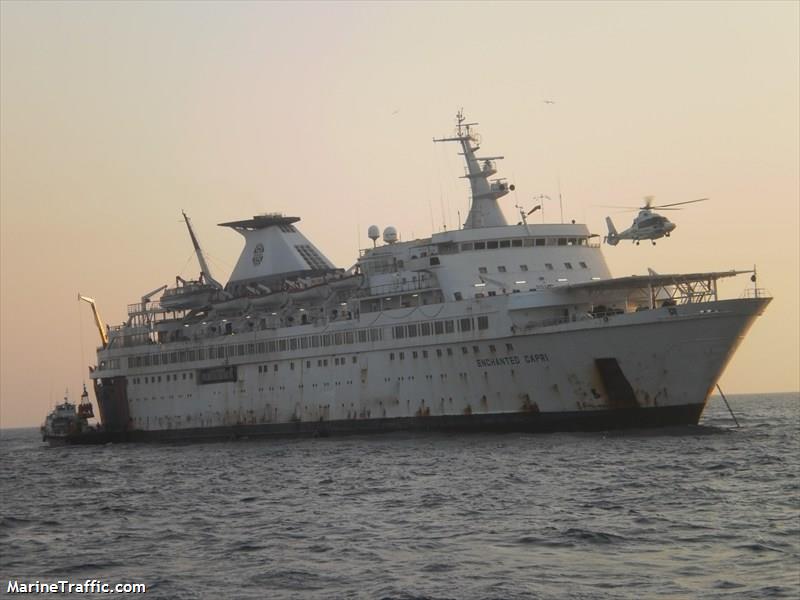 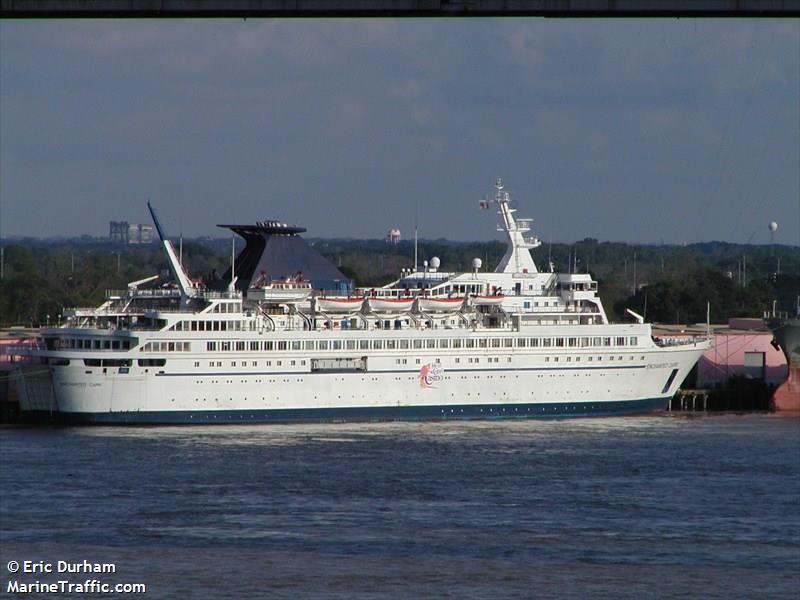