On the evening of Tuesday 26 September 2000, MS Express Samina left the Port of Piraeus with 473 passengers and 61 crew members. At 22:12 local time, 2 nmi off the port of Parikia, at Paros island, the ship hit the reef of Portes islets at 18 knots.

The wind at the time was 8 Beaufort. The Paros islandclose to the islets at 23:02, resulting in the deaths of 82 people from a total of 533 on board.

The first responders to the distress call were fishing boats from the nearby port, followed by the port authorities and Royal Navy vessels, which were in the area carrying out a NATO exercise.

The fact that some of the crew did not help the passengers evacuate the sinking ferry contributed to the death toll. 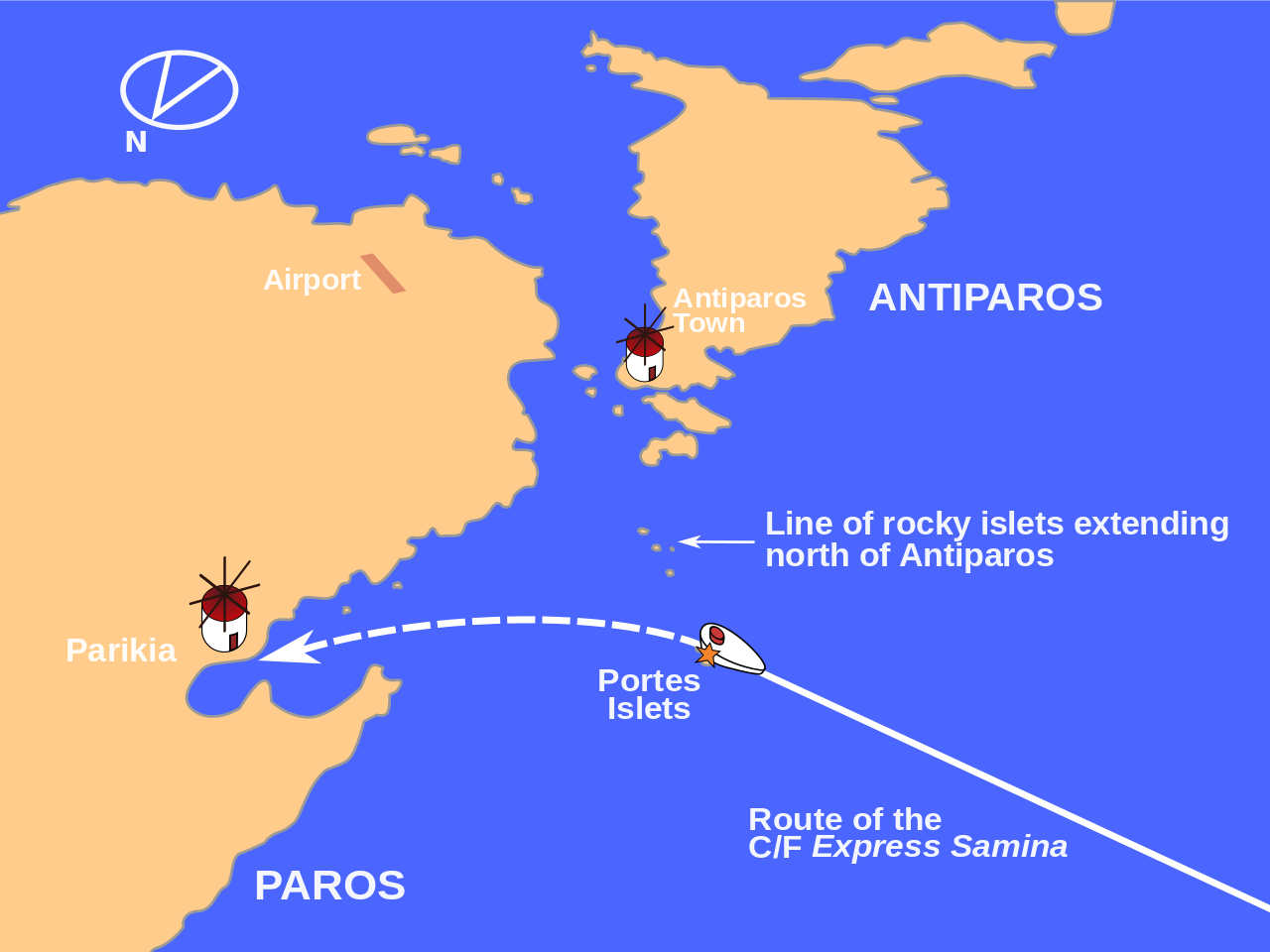 The crew had placed the ship on autopilot and there were no crew members on Bridge watch. Even with autopilot on, standard practice calls for one crew member (officer) to be on the bridge.

The crew had deployed the fin stabilizers system to decrease the motions in bad weather; normally both stabilizer fins would deploy, but in this case the port stabilizer fin failed to extend, causing the ship to drift and therefore not travel in a straight line.

A crew member discovered the problem and tried to steer the ship to port, but this action occurred too late and at 22:12 local time, the ship struck the east face of the taller Portes pinnacle.

The rocks tore a six-meter long and one-meter wide hole above the water line. After the impact, the rocks bent the stabilizer fin backwards, and the fin cut through the side of the hull, below the waterline and next to the engine room.

Professor David Molyneux, an expert in the performance of ships in harsh environments, said that the damage sustained by the MS Express Samina should not normally sink such a ship.

The ship sank because nine of its eleven watertight compartment doors were open even though safety laws require ship operators to close and lock the safety doors. Molyneux described the open watertight doors as the most significant aspect of the sinking.

This conclusion was supported by the “Investigation Into The Sinking Of The RO-RO Passenger Ferry Express Samina” by the National Technical University of Athens-Ship Design Laboratory submitted during the 8th International Conference on the Stability of Ships and Ocean Vehicles.

After a 12-month investigation, the appointed experts submitted their report to the authorities.  Specifically: 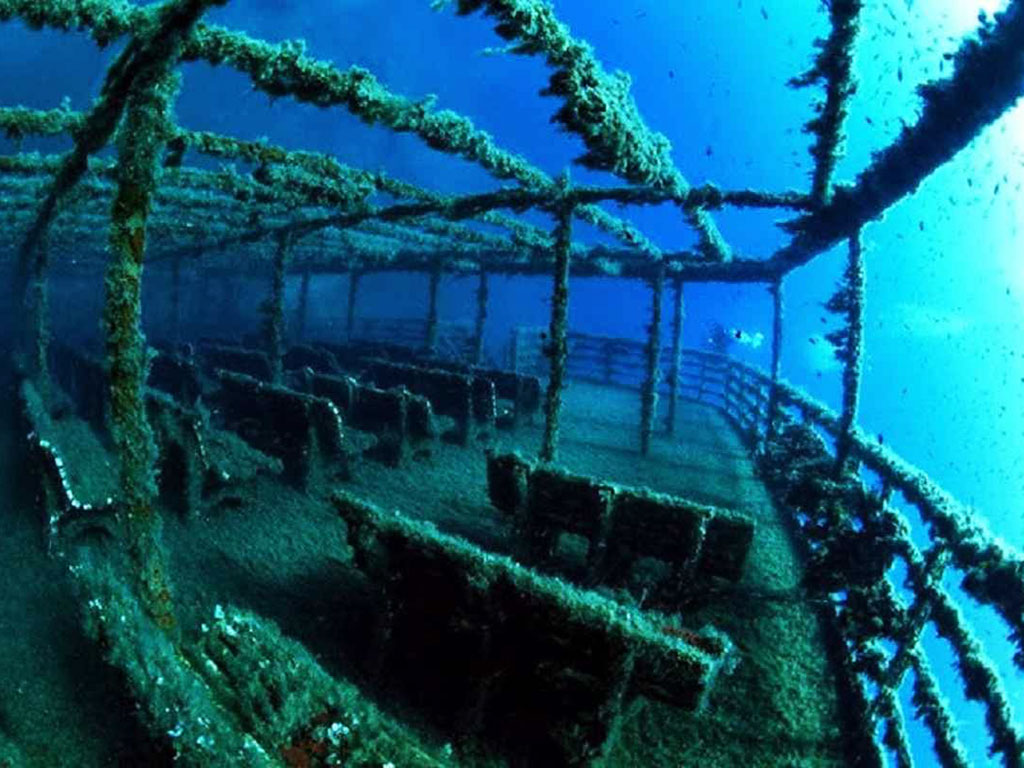