Finneco I, which is the first of three ro-ro vessels in the Eco class, was built at the China Merchants Jinling Shipyard.

The programme was launched for the construction of three hybrid Ro-Ro vessels, as well as two hybrid Ro-Pax vessels.

The first of three Ro-Ro vessels in the Eco class, Finneco I was constructed at the China Merchants Jinling Shipyard.

The hybrid Ro-Ro vessel will operate in the Baltic Sea, North Sea, and Biscay traffic from June.

Finnlines CEO Emanuele Grimaldi said: “We welcome Finneco I into our fleet. The ship will be larger and more eco-friendly than any Ro-Ro vessel in the Baltic Sea.

“The vessel will play an important role in ensuring a reliable supply of goods to and from Finland, and our connections to Europe will improve greatly when the vessel starts to operate in Finnlines’ Baltic Sea, North Sea, and Biscay traffic.”

The order for the three Ro-Ro vessels was placed in May 2018, and construction of the first vessel was started last June.

These vessels will also enter the Baltic Sea, North Sea and Biscay traffic later in the year.

Other vessels under the programme include two eco-sustainable Superstar Ro-Pax vessels, which are anticipated to be delivered in 2023. 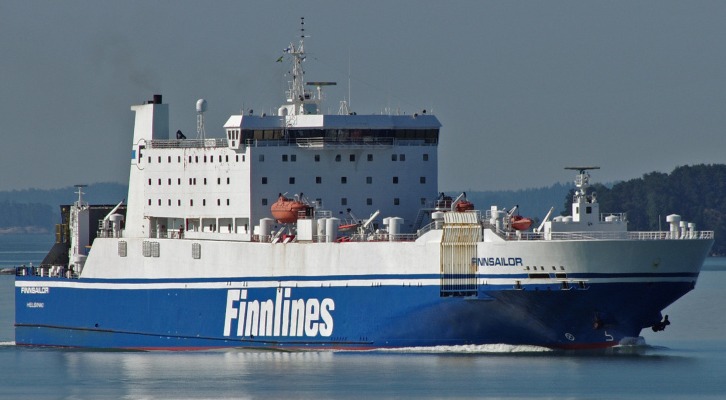 With a capacity to transport 5.8km of cargo, the hybrid vessels’ cargo carrying capacity will be around 40% more than the current largest vessels in the Finnlines fleet.

Each hybrid vessel will have the ability to carry around 400 trailers on every voyage.

Finnlines is a leading shipping operator of ro-ro and passenger services in the Baltic Sea and the North Sea. The Company is listed on the NASDAQ OMX Helsinki Ltd and is a part of the Grimaldi Group, one of the world’s largest operators of ro-ro vessels and the largest operator of the Motorways of the Sea in Europe for both passengers and freight.

This affiliation enables Finnlines to offer liner services to and from any destination in the Mediterranean, West Africa as well as Atlantic coast of both North and South America.