Becoming a captain at the age of 33 is no longer a rarity, Stücker admits, but !!

When Ole Stücker disembarked in July 2021, he was still a chief mate. But when he went back on board at the beginning of October, he was a captain – and a freshly minted husband. In what follows, he tells us why he ended up spending his honeymoon close to home, about his first voyage as a captain, and why it doesn’t hurt to have some “groats” under your cap.

The choice of honeymoon destination can be explained rather quickly. “My girlfriend and I got married at the end of August 2021, and I received my promotion letter shortly thereafter,” Captain Ole Stücker says. “I was supposed to set off on the ‘Sofia Express’ at the beginning of October, so we decided to spend a week sailing in Denmark’s South Funen Archipelago. There just wasn’t enough time for everything else.” 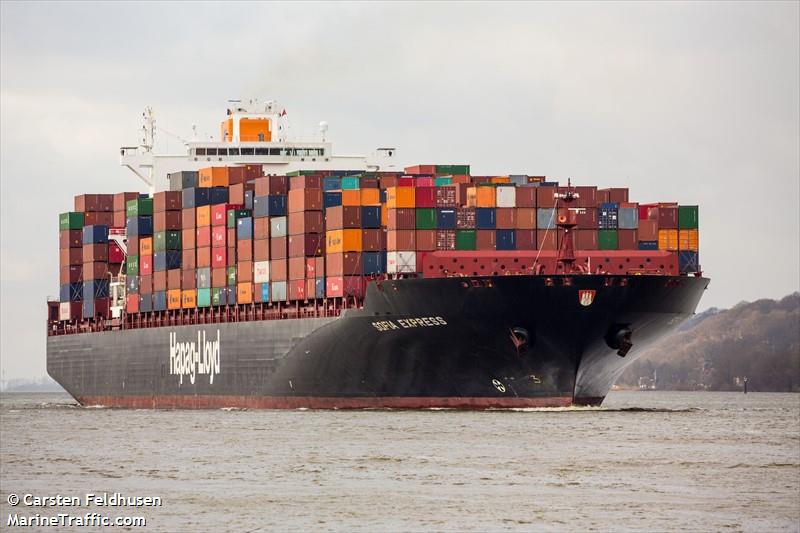 In any case, last summer was one of the most exciting summers of his life. “All the wedding planning and our marriage, plus talks at the same time at the headquarters in Hamburg,” he continues. “I had indicated that I was ready, but I didn’t hear anything back at first. Then things suddenly started moving really fast. When I was presented with the epaulettes on the Ballindamm in mid-September, it was very moving.”

Becoming a captain at the age of 33 is no longer a rarity, Stücker admits, adding: “But you still have to climb through all the ranks. After five years as chief officer, I felt up to the task. The discussions on the Ballindamm were mainly about whether I was sure I even wanted to be captain. I could definitely say yes to that!” 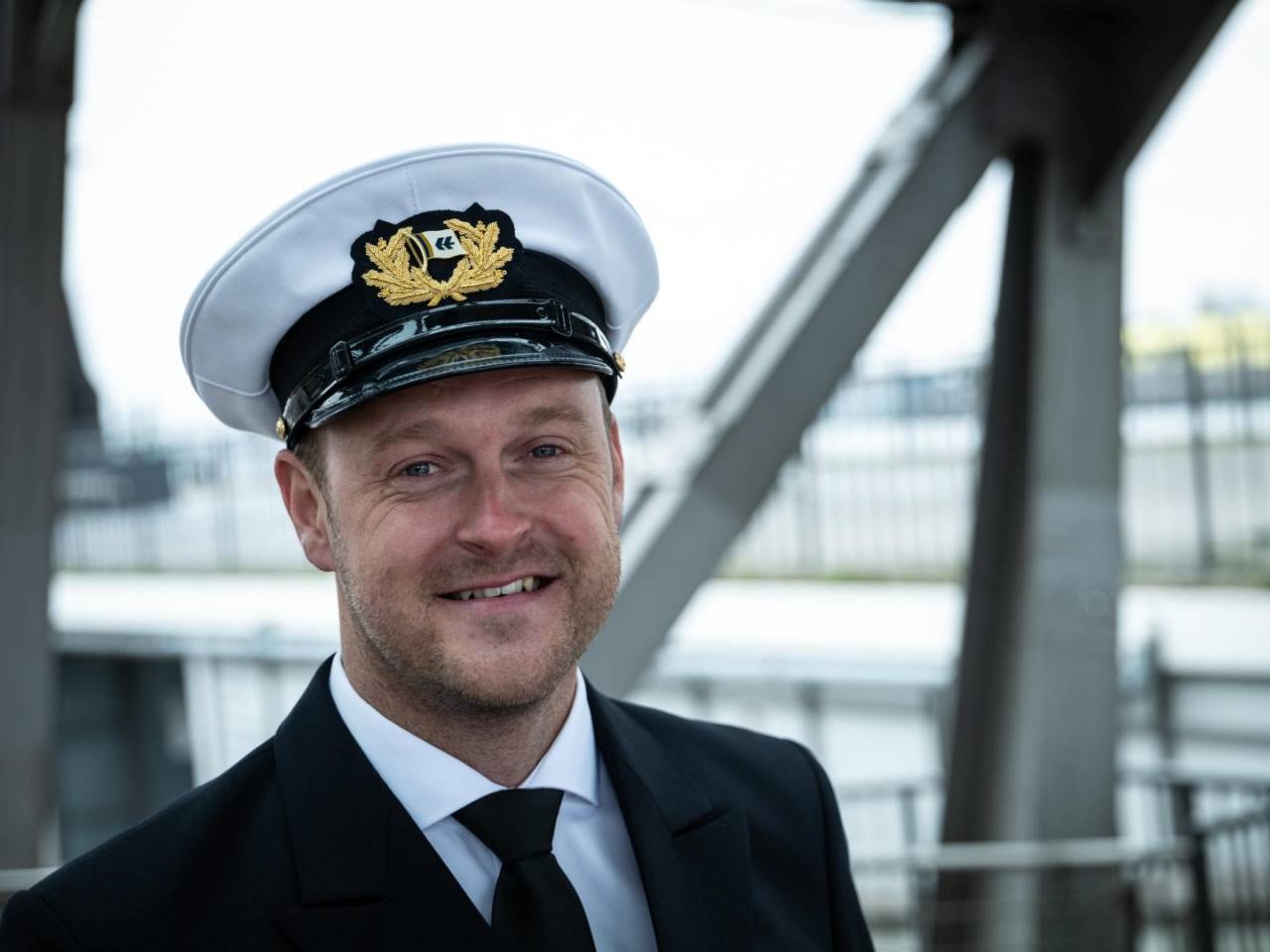 Water is his element

A love of the sea runs in Stücker’s family. Both his grandfather and his father were avid sailors. “And my great-grandfather was a captain – although I unfortunately never got to know him,” says the native of Itzehoe, a town in Schleswig-Holstein not far from the Elbe River. Ole piloted an Optimist dinghy when he was just 6 years old, and he took part in regattas during his school years.

He won various medals and worked as a boatman for international regatta teams after graduating from high school. “In this role, you are responsible for all the preparation and wrap-up, the transport of the yachts, and so on,” he explains. “I was also able to do this during my civil service and during my years as an apprentice and university student.

And, of course, you learn a whole lot when you’re dealing with shipyards, service in ports, and various teams.” All of these are experiences that the captain is happy to have under his belt. In fact, he has never regretted his decision to go to sea or to switch from a sailboat to a container ship 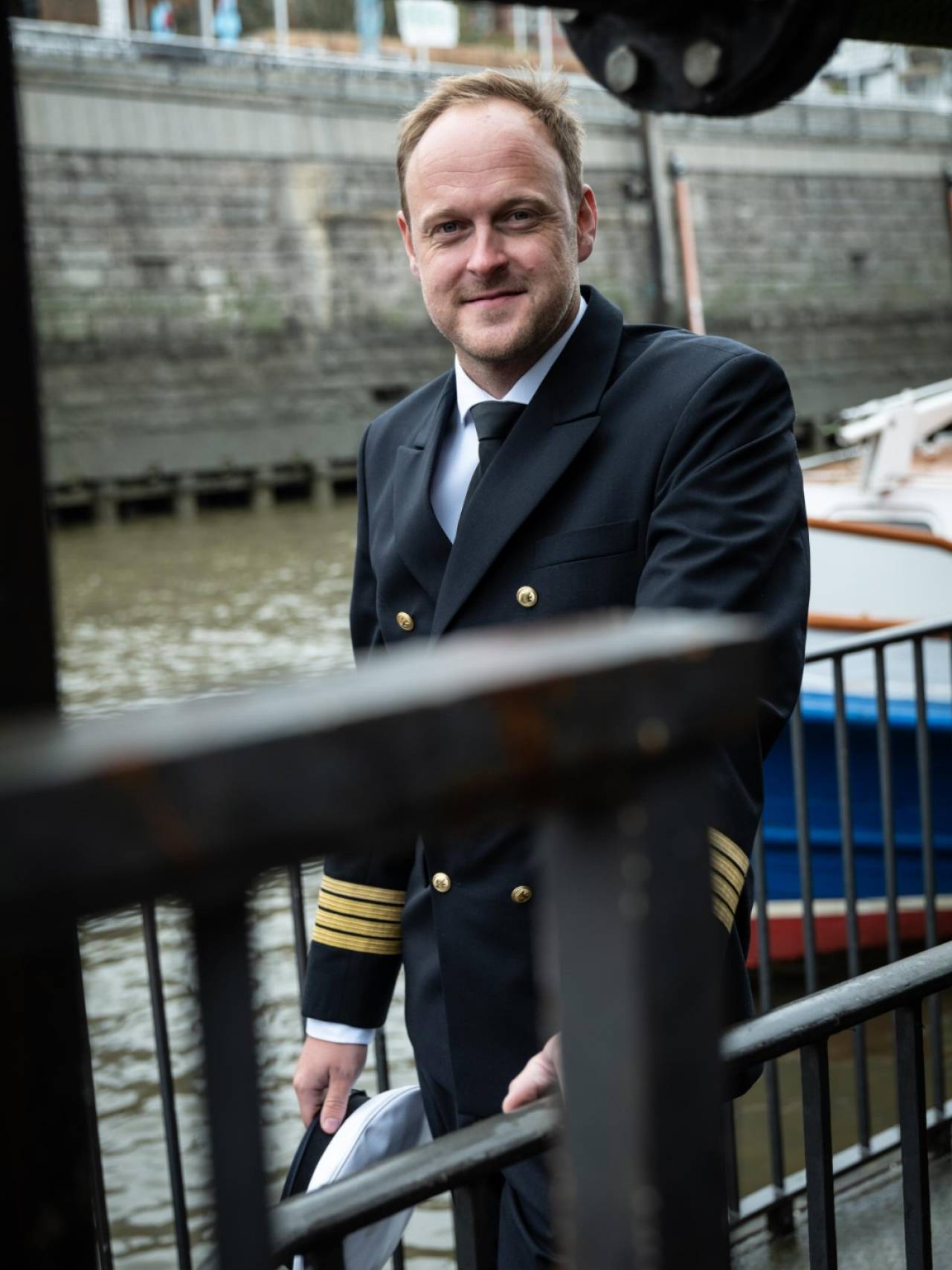 Stücker has particularly fond memories of his first voyage as an apprentice, on the “Kuala Lumpur Express” in 2009. “It was like a class trip,” he says. “All of us were coming straight out of high school, and most of us had no idea what this world was all about. Everything was new: the Suez Canal, the sunrises over the sea, sailing through pirate-infested waters, and for the first time in Singapore and China.

Plus the fantastic shore excursions – and, along the way, we learned an incredible amount of things from our lecturers.” In Stücker’s view, this is one of the unique selling points of Hapag-Lloyd. “I am absolutely certain that you won’t get better support as an apprentice at any other shipping company!” he says. 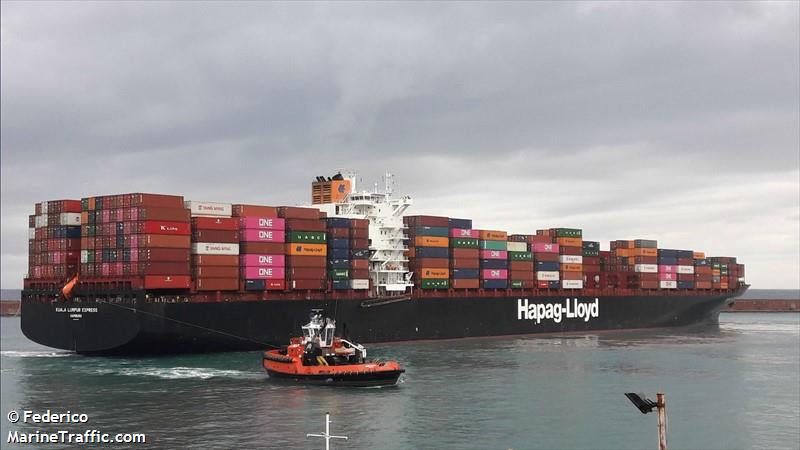 Stücker climbed the career ladder – from navigational assistant officer to officer of the watch, to chief mate – in around 12 years before he was finally promoted to captain. And he luckily didn’t experience any major disasters along the way.

“A crane broke loose once in the Pacific, but nothing else was damaged, and in my time as chief mate, we once tore down a dilapidated bollard in the port of Seattle.

The vessel was lying across the harbour until a passing tugboat kindly pushed us back onto the pier. And then I remember an engine failure in the port of Hong Kong, with which we had to be brought to the roadstead as an emergency – all in all, nothing too bad” he recalls.

The first time as captain: excited but relaxed

When asked what his first voyage as a captain was like, Stücker says: “Exciting, of course. The ‘Sofia Express’ set sail from Hamburg, and the handover process lasted until Rotterdam. I wasn’t familiar with the crew, but I had already worked with the chief mate, who had trained me years ago from second to chief mate. I could rely on him blindly. We were delayed by the weather on the section between London and Antwerp.

And then the radar failed on the way from Tangier-Med to the Suez Canal. It had to be repaired before we could pass through the canal. The working days grew longer, and I started getting less sleep. But my sense of euphoria carried me through the whole time. And when you come back and sail into the Elbe estuary, past Cuxhaven, Brunsbüttel, and Glückstadt, and see all the people standing on the shore waving at you – that’s absolutely priceless!”

As soon as he can, Stücker wants to invite friends onto the ship in Hamburg to show them his workplace and what life is like onboard. “That’s because you can’t really describe what it’s like,” he says. “You just have to see it for yourself!”

By being appointed a captain, Stücker has also come full circle in terms of his family. “Countless stories about my great-grandfather and his time at sea are still recounted in my family,” he explains.

“And I have something that I inherited from him: a small silver tray with shot glasses that he was given after 25 years of service. An engraving on the tray says: ‘A bit of groat under the cap is good, but the best thing is a real sailor’s heart under the waistcoat.

’ And that’s something that I think about again and again, especially now that I’m a captain.” [editor’s note: In this German aphorism, “groats” is understood as “wits” or “brains”.] 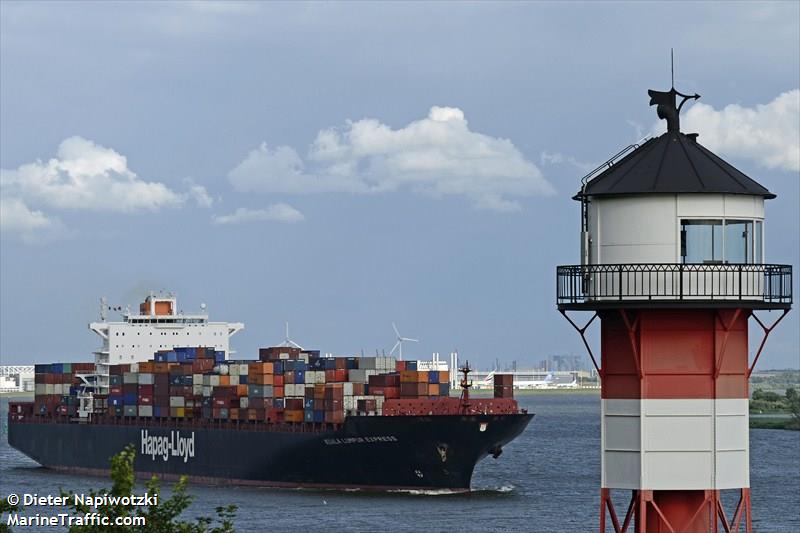 Hapag-Lloyd : Our Sustainability Report 2021 is here!