The initial contract was signed between the parties in 2018.

Dubai-based port operator DP World has entered into a final collaboration agreement with the Government of the Democratic Republic of the Congo (DRC) to develop a deep-sea port at Banana on the country’s 37km Atlantic Ocean coastline.

This development follows the parties amending the initial contract by signing a term sheet including contract modifications earlier in the year.

DP World and the DRC Government signed the initial contract in 2018.

With the new agreement in place, DP World will now initiate construction within 12 months for DRC’s first deep-sea port.

The Banana Port development is projected to provide cost and time reduction by attracting additional direct calls from bigger vessels from Europe and Asia.

Furthermore, it is expected to promote local businesses and bring economic development to the Kongo Central province through foreign direct investment.

DP World will work on the establishment of an initial 600m quay with an 18m draft that will create the capacity to manage big ships in operation.

With a 30ha yard to store containers, the port will feature a container handling capacity of approximately 450,000 twenty-foot equivalent units (TEUs) annually. 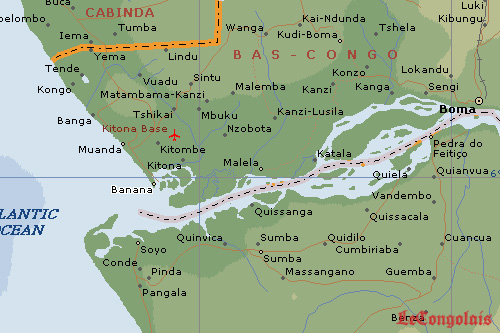 Banana Port will also include modern technology and equipment.

DP World CEO and group chairman Sultan Ahmed bin Sulayem said: “This agreement represents the vision of His Excellency, President Tshisekedi, and DP World, to provide the DRC with a modern, world-class port and logistics infrastructure to support the tremendous opportunities for trade in this country. The port will enhance the country’s export capabilities and give it affordable access to international markets.”