Caribbean coral has seen it all — bleaching, disease, hurricanes. But now, dozens of scuba shops are teaming up to support regional research on how corals can make a comeback.

From Aruba to Bimini, 32 operators form the Reef Rescue Network, established in 2017 by the Perry Institute for Marine Science. Each has a coral nursery built and scientifically monitored by the nonprofit’s staff where dive operators, locals and visitors together tend to nearly 8,000 fragments of critically endangered elkhorn and staghorn coral across 18 islands.

Setting up nurseries across the region increases the spatial capacity of restoration work, says Hayley-Jo Carr, coordinator of the Reef Rescue Network for the Perry Institute. “By establishing these nurseries throughout the islands… these corals are actually naturally going to spawn…And when they spawn, they’re going to mix with other corals in the area.” The institute ultimately aims to identify what genetic strands of coral will be more resilient in the face of the ocean’s increasingly strident conditions.

“It’s incredible, and the research that is being done is fantastic,” says Neal Watson of Neal Watson’s Bimini Scuba Center.

His garden is half-a-mile off the Bimini coast, about 35 feet deep in a protected area previously known as Bullard’s Barge for the nearby wreckage. Now it’s known as the coral nursery, a living laboratory for testing coral strands from Nassau, Exumas, Cat Island, Bimini and Eleuthera.

“It’s interesting to see the same species of coral — just a different strain in the Bahamas — in the same place in the same condition grow so dramatically different,” he says.

Divers visiting his or any of the other Reef Rescue Network partners can take a nursery tour, and most offer a Reef Rescue Diver certification. The PADI specialty, designed by Course Director Carr herself, involves half a day of classroom work and two dives at the nursery. Soon-to-be Reef Rescue Divers at Watson’s typically brush algae off the line holding coral to the tree, eradicating growth before it reaches the coral. If the time is right, volunteers can help with the outplanting. Scientific monitoring typically is conducted by members of the Perry Institute team once or twice a year.

“People love it,” says Watson. “The foundation of most scuba diving is coral reefs. That’s what most people are out there to see… [The course] populates the idea there is something we can do” about coral decline.

Hayley-Jo Carr, coordinator of the Reef Rescue Network, tends to a coral tree in a Bahamas Coral Innovation Hub coral nursery in Eleuthera.

Class fees help cover the costs of tending the nursery, like boat fuel, says Carr, who hopes the course will become profitable for participating shops.

Most of the program’s nurseries are in the Bahamas. The country’s tourism board is excited to make the country a center of coral restoration, partnering with the Reef Rescue Network to market its program to tourists.

“Coral loss is a huge, huge problem for divers…[and] for us working in the Bahamas, divers are a huge part of our economy,” says Aram Bethel, who handles the Bahamas Ministry of Tourism’s dive operations. “We thought it was fitting to partner up and make sure that we preserve what we have for the future generations to come.”

Everyone knows the Bahamas offers encounters with big animals, like sharks and sea turtles, Carr says. “We’re trying now to make people realize you can actually come here and do coral restoration.”

And coral nurseries are no tourist trap. Establishing the network has galvanized local interest in coral restoration, says Carr. “A lot of people don’t realize you can grow corals in a nursery,” but the network’s installations have grown to include school groups, shop staff and local volunteers. Outside of COVID, some operators in the network also have a dedicated group of volunteers that show up for in-depth projects, such as two to three days of outplanting.

“There’s commercial coral gardens growing in Freeport,” says Watson. “The program is expanding to hire a bunch of Bahamians. It’s super cool to watch it grow like this.” Coral restoration “is providing careers now.”

Carr hopes to replicate the program’s widespread adoption in the Bahamas across the region. “We’ll probably get to every dive shop in the Bahamas” by the end of the year, she says. “And then, after that, expand more in St. Lucia, expand more in Aruba and then look to other Caribbean islands.” 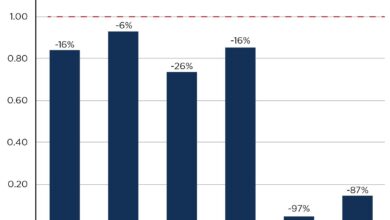