Gasunie, HES International (HES), and Vopak will be working together to develop an import terminal for green ammonia as a hydrogen carrier. The companies have signed a cooperation agreement to that effect. The cooperation is a response to the growing global demand for the import and storage of green energy.

This quarter, work will be started on the basic design of the import terminal. The terminal, that will operate on the Maasvlakte under the name ACE Terminal, will be operational from 2026.

Green hydrogen is seen as an essential element of the future renewable energy mix. Demand for green hydrogen is growing in the energy sector, the transport sector, and the petrochemical industry, both in the Netherlands and Germany.

An import terminal for green ammonia will make a vital contribution to the import of hydrogen, an essential link in the hydrogen chain, alongside hydrogen production, transport, and storage. A reliable logistic chain is essential for developing the market for green hydrogen and for achieving the climate goals for 2030 and 2050.

Ammonia as a hydrogen carrier

In addition to the production of green hydrogen in the Netherlands, there will also be demand in Northwestern Europe for the large-scale import of green hydrogen, in order to meet future demand.

Green ammonia as a hydrogen carrier will play a vital role. Reacting green hydrogen with nitrogen forms green ammonia, allowing the hydrogen to be efficiently and safely transported in large volumes. The ammonia can then be stored and converted again to green hydrogen. Green ammonia is also immediately usable as CO2-free fuel for example for shipping or as a raw material example for the production of fertilizer.

At the intended location on Rotterdam’s Maasvlakte, vessels from all over the world can moor to discharge green ammonia, and in the initial phase possibly also blue ammonia. Use can be made of the existing infrastructure and the logistic facilities of the Port of Rotterdam. The site offers space for the development of an installation for converting ammonia into hydrogen. In the future, this installation will be connected to the national hydrogen network of Gasunie, which can serve the future hydrogen market in Northwestern Europe.

On the Maasvlakte, HES operates a strategic location with quayside capacity and direct access from the sea. Gasunie has at this location infrastructure of existing storage tanks and a system of pipelines. Vopak, with six ammonia terminals around the world, has extensive experience in the safe storage of ammonia.

By joining forces, an attractive starting point will be established from which within just a few years, the partners will be able to realize the import location for green ammonia in Rotterdam. The eventual investment decision still has to be taken and will be based among others on customer contracts and the necessary permits, including the EIA procedure. 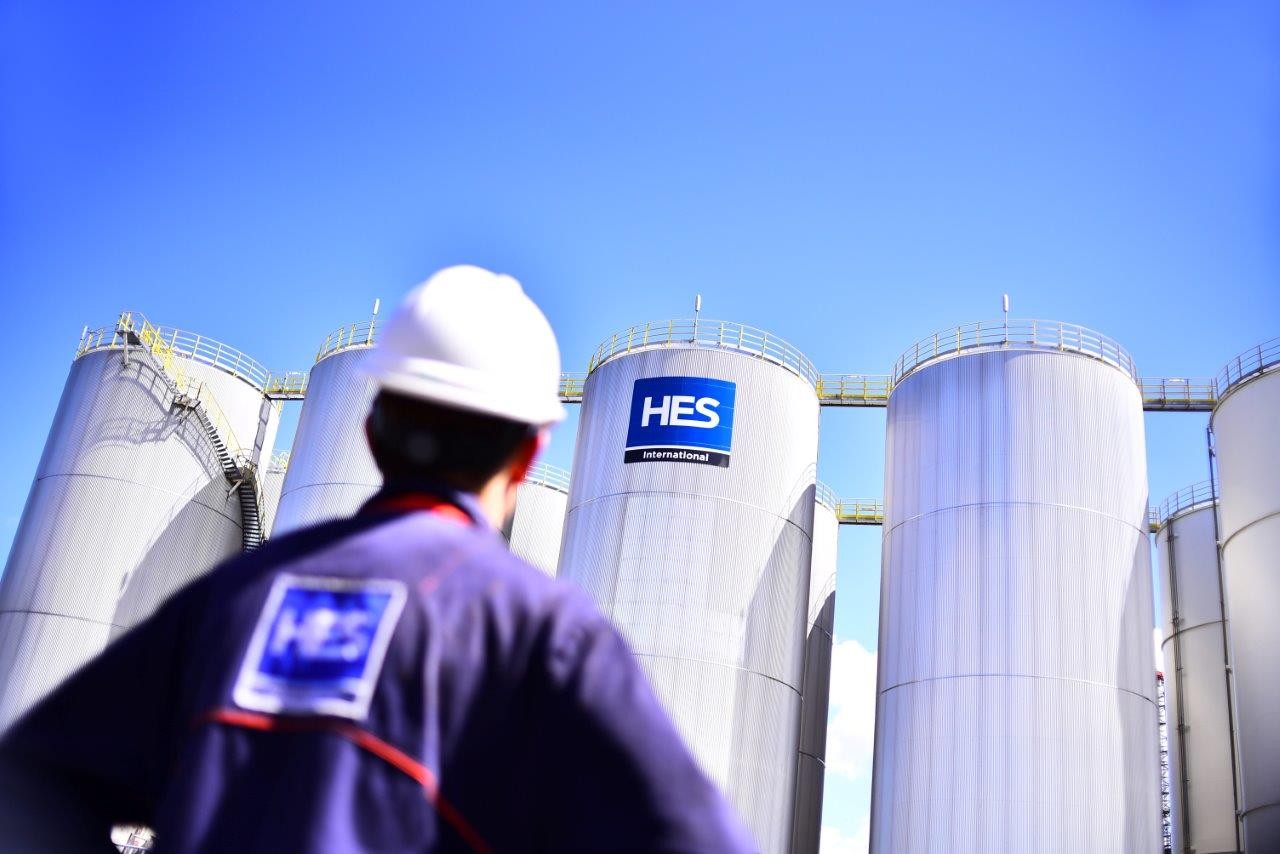 Contributing to the world of tomorrow, that’s what we do at HES. With 18 terminals in 6 countries at strategically located ports in Europe, we are an important switch in the continuous delivery of essential building blocks for our everyday life needed to develop, sustain and improve the world around us. Our professional staff of 1,450 ensures that bulk commodities are safely stored, handled, and processed 24/7 for customers from all corners of the globe. We pursue sustainable growth of our Agri & Minerals and liquid product portfolio as well as an expansion of our processing activities through expansion of our existing sites, greenfield development, and the acquisition of operating terminals

Gasunie is a European energy-infrastructure company. Gasunie’s network is one of the largest high-pressure pipeline networks in Europe, comprising over 17,000 kilometres of pipeline in the Netherlands and northern Germany. Gasunie provides natural and green gas transport services through its subsidiaries, Gasunie Transport Services B.V. (GTS) in the Netherlands and Gasunie Deutschland in Germany. With its cross-border gas infrastructure and services, Gasunie facilitates TTF, which has become the leading European gas trading point. Gasunie also provides other gas infrastructure services, including gas storage and LNG.

Royal Vopak is the world’s leading independent tank storage company. We store vital products with care. With over 400 years of history and a focus on sustainability, we ensure safe, clean, and efficient storage and handling of bulk liquid products and gases for our customers.

By doing so, we enable the delivery of products that are vital to our economy and daily lives, ranging from chemicals, oils, gases, and LNG to biofuels and vegoils. We are determined to develop key infrastructure solutions for the world’s changing energy systems, while simultaneously investing in digitalization and innovation. Vopak is listed on the Euronext Amsterdam and is headquartered in Rotterdam, the Netherlands.