In a ceremony held on the 20th of December, Damen Shipyards officially handed over the new RoPax 6716 ferry to the Port Authority of Timor-Leste (APORTIL). Built at Damen’s Yichang Shipyard in China, the Berlin-Ramelau arrived on the 9th of December at Timor-Leste’s capital city Dili, to start an extensive training programme for the new crew.

Timor-Leste has a population of just 1.3 million, making the vessel a significant addition to the country’s infrastructure. It will link Dili with the nearby island of Ataúro and the enclave of Oecusse-Ambeno, a coastal settlement otherwise surrounded by the neighboring West Timor, an Indonesian province. 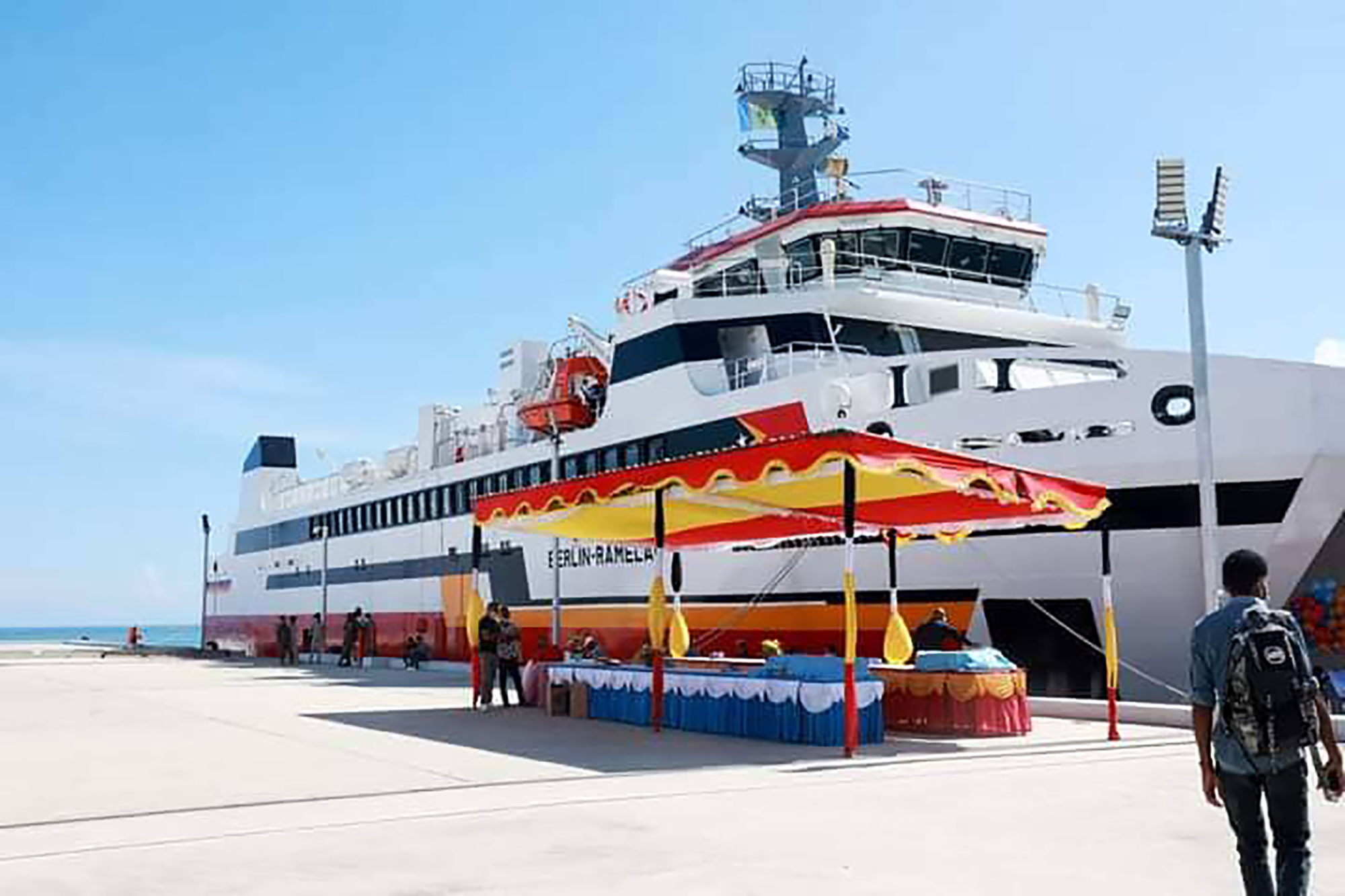 The 67-meter Berlin-Ramelau, named after Germany’s capital city in recognition of that country’s financial assistance with the project, and Timor-Leste’s highest mountain, is projected to bring substantial economic and social benefits. Built to take up to 308 passengers plus private and commercial vehicles, and cargo, it will increase access to education and employment for those living in the outlying regions, as well as increase internal trade.

Damen Regional Director, Mr. Gysbert Boersma, commented: “Despite all sorts of challenges arising over the course of the project due to the worldwide pandemic, I am delighted that we managed to deliver the vessel on time. This was only possible due to the joint efforts of Aportil, IMS Nord, the KFW bank, and Damen Shipyards.

“The timing and construction site resulted in this project finding itself at the center of a global crisis but, despite all the difficulties, our team was able to complete the project two years later, and with less than three percent deviation from the budget.”

“I consider this a great success,” said Minister of Transport H.E. José Agostinho da Silva in his speech at the ceremony. “Maritime connectivity reinforces national unity and is the main source of supply for the populations of Oecusse-Ambeno and Ataúro. The Maritime Transport Policy provides for the extension of maritime links to the east and south coast, and this is the original objective of the Berlin-Ramelau.”

Damen’s RoPax series offers mid to high-speed ferries in a wide range of sizes and specifications, all of which are safe, comfortable, and contemporary in their design, equipment, and styling. Damen’s trademark combination of standardization, the availability of a wide range of options, and customization where required ensures that the precise needs of each customer are met to the full.