Italian oil and gas company Eni held the naming and sail away ceremony of the Coral-Sul FLNG at Samsung Heavy Industries shipyard in Geoje, South Korea

The 432 meters long and 66 meters wide unit was on Friday located offshore Mauritius, according to its AIS data provided by VesselsValue.

It should arrive at its operating site in the Rovuma basin offshore Mozambique around January 5, the data shows. 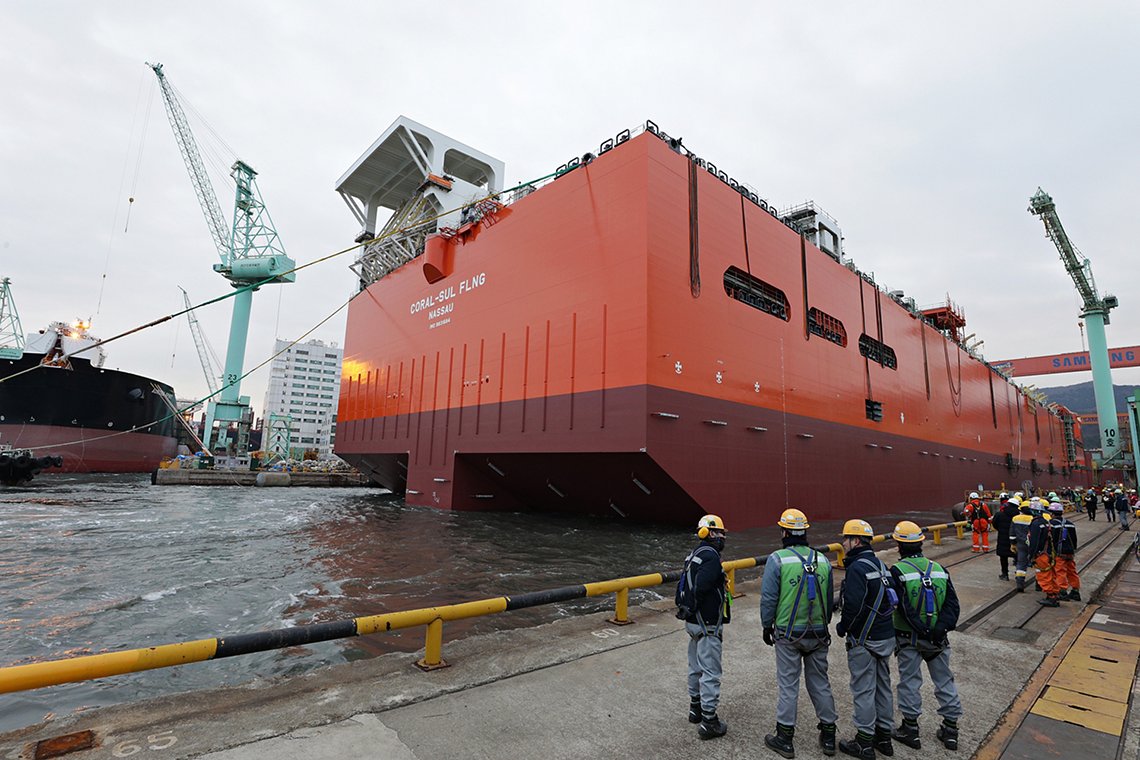 While performing the construction activities in Korea, several significant activities took place in Mozambique. These specifically include the ultra-deepwater drilling and completion campaign that involved the highest technological and operational skills and equipment.

To remind, the 3.4 mtpa unit which weighs about 220,000 tons left Samsung Heavy Industries’ Geoje yard in South Korea on November 16.

The TJS consortium, consisting of Technip Energies, JGC Corp, and Samsung, built the unit for Eni, the first floating LNG facility ever to be deployed in the deep waters of the African continent. 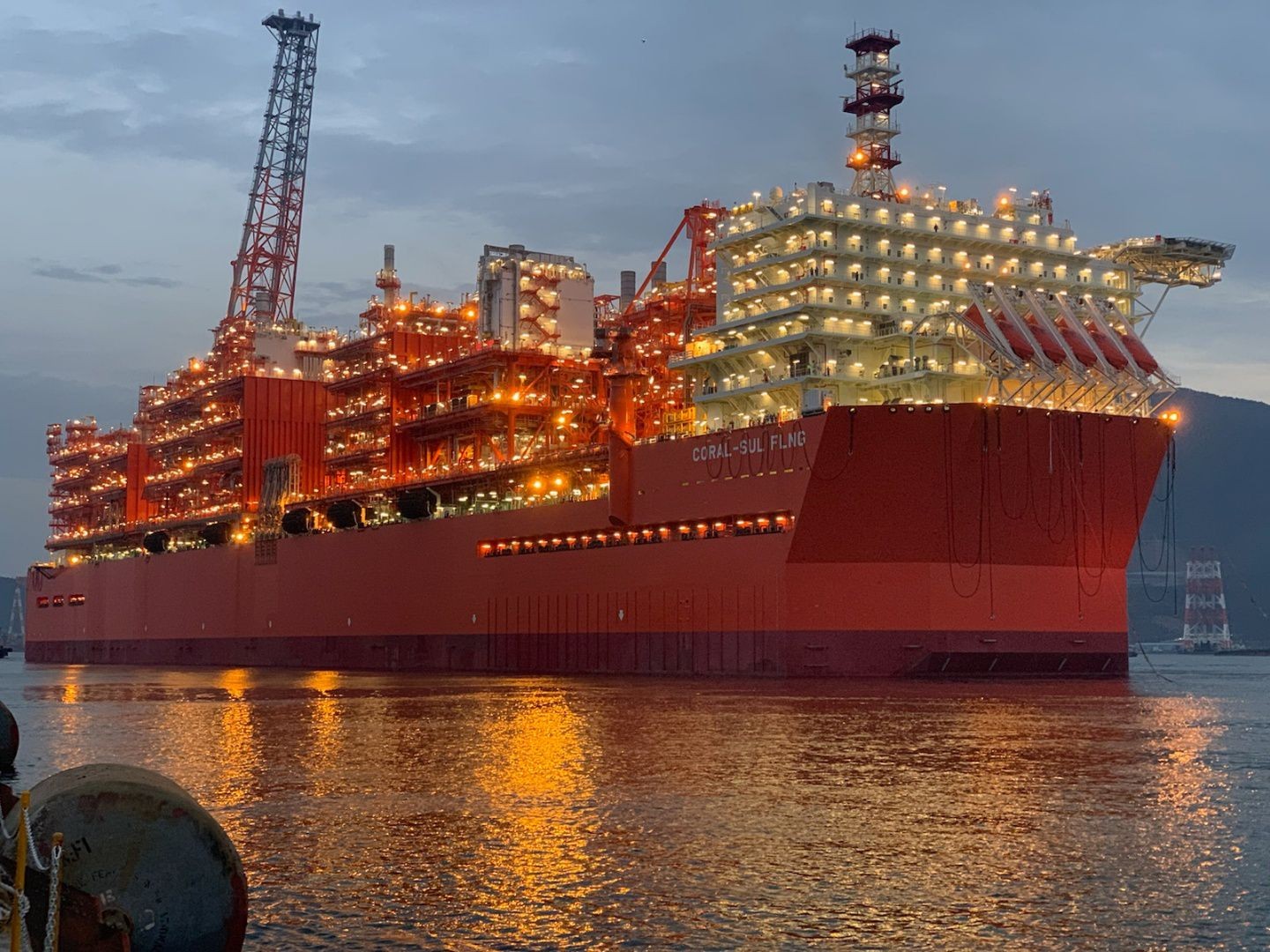 Following arrival offshore Mozambique, the installation campaign will begin, including mooring and hook-up operations at a water depth of around 2,000 meters.

The unit has the capacity to accommodate up to 350 people

Samsung Heavy Industries was responsible for the entire vessel construction process; from hull design to commissioning, as well as topside production design and manufacturing. Additionally, the shipyard has built three out of four FLNG orders placed around the world so far.

Ghorab : Egypt joins to NDB in the BRICS pool due to economic reform programs