450 kilos of cocaine were found in a container loaded with coffee, on board of container ship MSC ADELAIDE, which arrived at Genoa, Italy, on Feb 6 from Brazil. It should be just another drug shipment in a container, quite a regular, indeed trivial, incident nowadays, if not a suspicious death of a crew member of Serbian nationality, who was found dead with throat sliced, in the engine room, when the ship was already in Genoa.

As of now, the main version is a suicide, but there are reasons to smell foul play – for one, razor with which he allegedly, cut his throat, was not found. One or two persons, meanwhile, were seized, while attempting to take away bags with drugs, understood from the container in question, and prior to that, another man was caught with pics of the container, probably sent to accomplices so that they won’t get a wrong container. There’s also a message written in blood on the bulkhead, allegedly a farewell message of the deceased. 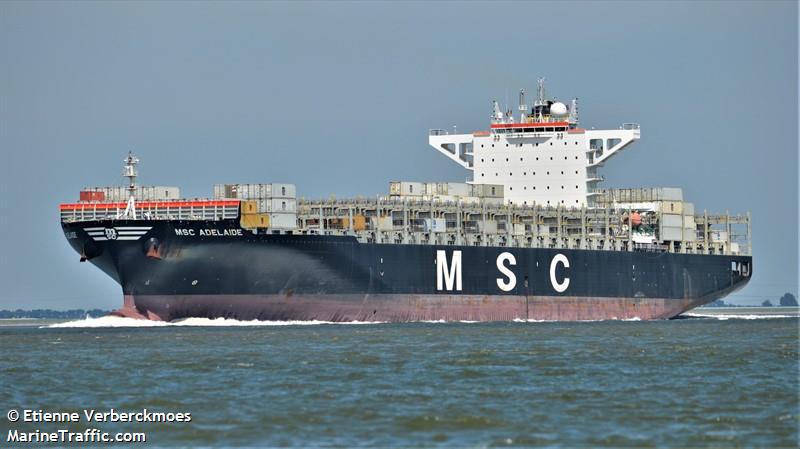 Overall, it’s more of a detective thriller, than a maritime accident, with all crew being present, under investigation. There’s obviously, a spike in drug demand in the EU, fuelled by a number of factors, mainly by pandemic restrictions and by mass migration. The wind in this area at that time blows from South direction at force 4 Beaufort. The vessel is currently at port GENOVA, IT, and her next destination is Valencia, ES