Ensuring safe operations is a major concern for shipowners. BridgeMate, a navigational app that is part of Wärtsilä’s Fleet Operations Solution (FOS), supports crews by working alongside their Electronic Chart Display and Information System (ECDIS) to provide several enhanced safety features such as storm avoidance, berthing assistance, and navigational hazard identification. As a licensed plug-and-play application that works on a tablet, BridgeMate can be quickly delivered to FOS customers and installed remotely without any need for engineers on board.
Addressing key safety challenges for shipowners

Vladimir Kolyada, Solutions Manager, FOS, Wärtsilä Voyage, stresses that safety is the primary function of the BridgeMate app: “One of its main purposes is to help navigators identify hazards and other safety issues.”

It’s very useful to have in emergency situations too; most vessels have a backup in case any issues arise with ECDIS – BridgeMate provides an additional backup, meaning navigators will never become fully blind from a digital point of view.

A chief safety challenge for shipowners is ensuring that they can deal with emergency situations regardless of system status. “If the main ECDIS backups become inoperative, they still have something they can use – and BridgeMate offers much more than paper charts that need to be updated manually, giving users charts that are automatically updated from their ECDIS and helping them identify their current position, the latest executed route, and any narrow areas or shallow waters,” says Kolyada. “The app also serves as a decision support tool, and because it’s used on a tablet the crew don’t have to go outside to the bridge to verify if everything is all right.”

Alongside the safety aspects, the app provides other important benefits. “BridgeMate helps to simplify the use of ECDIS by separating some of them out into a separate app that is easy to use,” highlights Kolyada. “It can also be used day-to-day as a bridge assistant, helping navigators work with current executed routes – showing the course, identifying useful information like the closest point of approach and the time to that point, and assisting with berthing by showing information such as bow and aft movement and the distance to the jetty or pier.”

A useful new feature of BridgeMate is the seakeeping module, otherwise known as storm avoidance. The module is currently in use on around 80 vessels, many of which are container vessels. This is because as well as helping navigators avoid capsizing or losing stability, it can also prevent cargo loss. “The solution uses a storm diagram that’s calculated in the app, with a traffic-light warning system to inform the crew when the ship is no longer within safe limits for pitching, rolling, and heaving,” explains Kolyada. “The app is tuned using parameters such as the vessel’s dimensions and load conditions, and the algorithm generates the storm diagram by using these details along with the ship’s speed and course and the latest weather, wave, and swell information. 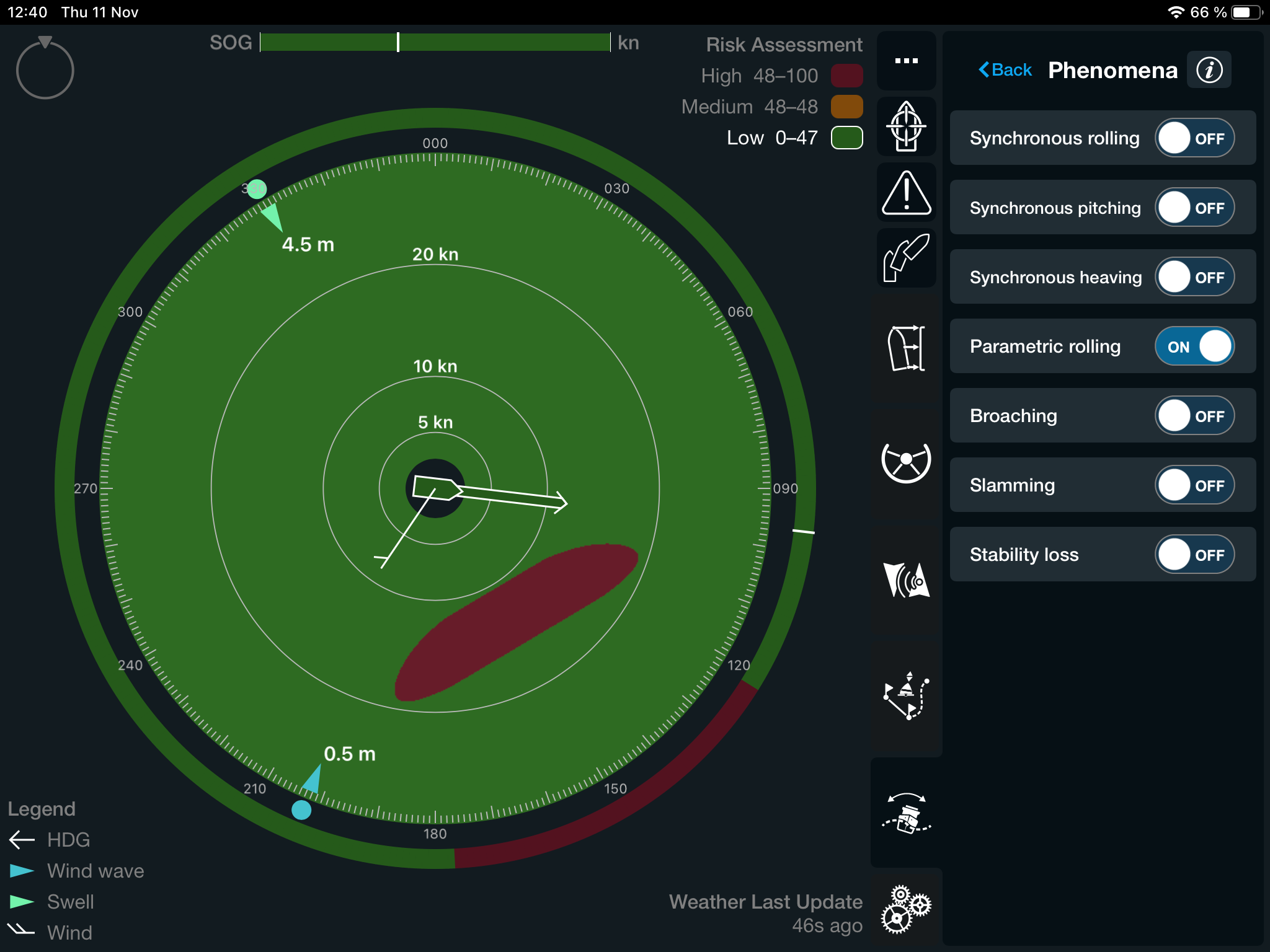 As well as connecting to ECDIS, BridgeMate can connect wirelessly to the automatic identification system (AIS) transponder, which allows the app to obtain data directly from the system. “This is an alternative way to get information from the ship’s sensors if for some reason the ECDIS isn’t working. In this case it uses the internal GPS which, despite being less accurate, is a valuable option to have in combination with the data coming from the AIS transponder.”

Enabling safer and greener shipping as part of FOS

Wärtsilä’s Fleet Operations Solution solves multiple challenges through a complete system that, among other aspects, includes onboard elements such as ECDIS for safe navigation and tracking and monitoring which can be used by shore operators to ensure efficiency and transparency. “BridgeMate is one of the onboard tools within the FOS concept, and it’s a highly valuable one in terms of safety,” states Kolyada. “The app integrates with Wärtsilä’s ECDIS but it will also connect with an ECDIS from other providers, other third-party solutions, and the ship’s sensors.”

By improving safety, the FOS bundle indirectly helps owners move towards more environmentally friendly shipping, says Kolyada. “BridgeMate does away with the need for paper charts, which can save significant resources over a large fleet where 20–30 large slipping folios per vessel, updated weekly, are needed. The app can also identify the most efficient route, and the seakeeping module contributes to decarbonization by reducing fuel consumption – rather than guessing, navigators can now use the storm diagram feature to get instant advice on how to change course or speed can reduce pitching and roll.” Kolyada also explains how reducing collisions and groundings offers added sustainability benefits: “As well as the safety enhancements that save lives and the fuel savings that protect nature, the cargo is prevented from falling overboard, avoiding the pollution that this would cause.” Supporting the industry’s shift towards digitalization

Kolyada points out that like all industries, shipping has a lot to gain from digitalization. “Mobile technology is second nature for younger navigators, and employers offering the latest digital tools, rather than relying solely on paper charts, will prove more attractive for the best emerging talent,” he says. “Having backup charts in FOS that update automatically releases the crew from the weekly burden of updating the charts and publication information. Furthermore, during inspections the crew can rest assured that everything is up to date and correct, which reduces stress and saves effort, freeing them up to focus on other tasks – to ensure safe and efficient voyages.” BridgeMate’s digital safety features offer additional advantages: “When the crew receives a warning from the system they can simply glance at the app, see if their course or speed may be causing danger and make the necessary adjustments. 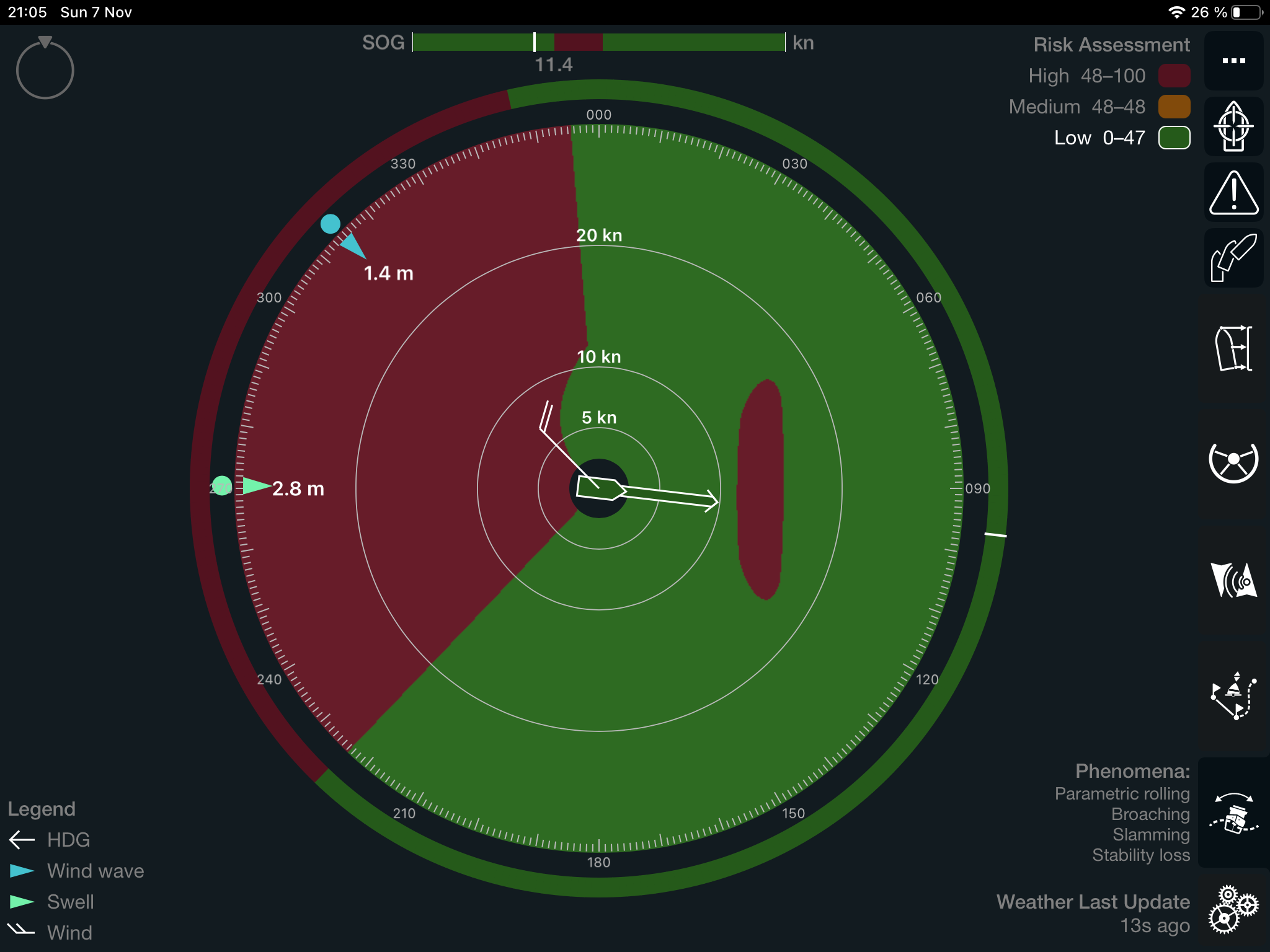 Not to forget another important benefit of BridgeMate – meeting the evolving needs of maritime cyber resilience and security by avoiding the usage of USB drives for transferring ECDIS data back and forth.

By removing the need for paper charts BridgeMate reduces costs for shipowners, in addition to the features described above that significantly enhance safety and save time-solving navigational tasks.

It also enhances crew welfare – being a navigator is a demanding job as the crew is responsible for preserving human lives and safeguarding the cargo to avoid penalties, claims and losses, so it’s vital to help them stay calm in any way possible. The importance of this aspect can’t be underestimated.