Home / Articles / Ports : Jennifer Williams is a mechanic, and also an ambassador, on the Port’s Sam Houston

Ports : Jennifer Williams is a mechanic, and also an ambassador, on the Port’s Sam Houston

Jennifer Williams-Alcia’s career path at Port Houston has blossomed since she started working as an intern at the port in 2015. Today, she is a full-time employee – a mechanic, and also an ambassador, on the Port’s popular Sam Houston Boat Tour.

While the New York native had always wanted to be a veterinarian, that changed after she saw an advertisement for maritime education and became interested in being a merchant mariner. “The more I read on mariners, the more I learned about the industry,” she said. That led to her eventually applying to maritime programs, getting accepted to San Jacinto College and moving to Texas. She graduated from San Jacinto College’s Maritime Transportation Program in 2016 and began working at Port Houston full-time soon after that. Since those early days, she had her eyes set on a career in the maritime industry.

“Since working for Port Houston, my career has skyrocketed,” said Williams-Alcia. “Within a short amount of time, I was given the opportunity to advance from a deckhand to a mechanic, and I am on track to getting my captain’s license.”

The training to obtain her 500-ton Captain’s license requires rigorous testing as well as fulfilling numerous sea hours. Since the Sam Houston Boat Tour is itself an educational operation, Williams-Alcia had a uniquely holistic perspective on the importance of maritime education when she was asked to participate in the “Roundtable for Infrastructure” with U.S. Speaker of the House Nancy Pelosi and U.S. Representatives Sylvia Garcia and Sheila Jackson Lee. She was invited to participate in the roundtable by San Jacinto College Chancellor Brenda Hellyer and Professor Amy Arrowood to share her perspective as a maritime student and professional.

“Being able to participate on the infrastructure roundtable with the highly-respected public officials was a great honor,” said Williams-Alcia.  “I felt incredibly grateful to have been included in such an important discussion. I was in awe to see how different organizations can work together to help each other and benefit the industry,” she noted. 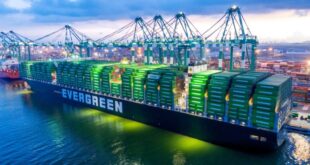 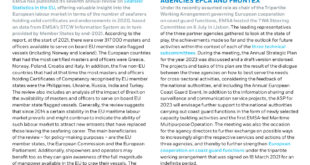 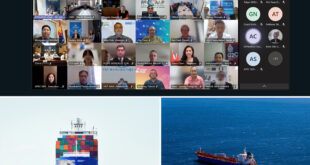 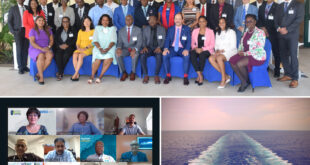