The move is part of the US strategy to degrade the crucial networks used by Russia’s elites and what ?!

A massive $90m yacht owned by a Russian oligarch with close ties to President Vladimir Putin was seized Monday in Spain as part of the government’s sanctions initiative to “seize and freeze” large assets linked to Russian elites, according to reports.

The US government had imposed sanctions on a close Vladimir Putin associate as well as a yacht management firm and its owners, describing them as part of a system that allows the Russian president and his elite to “move money and anonymously make use of luxury assets around the globe”.

In a statement, the treasury department said that it was sanctioning Monaco-based Imperial Yachts and its owner, Moscow-born Evgeniy Kochman. 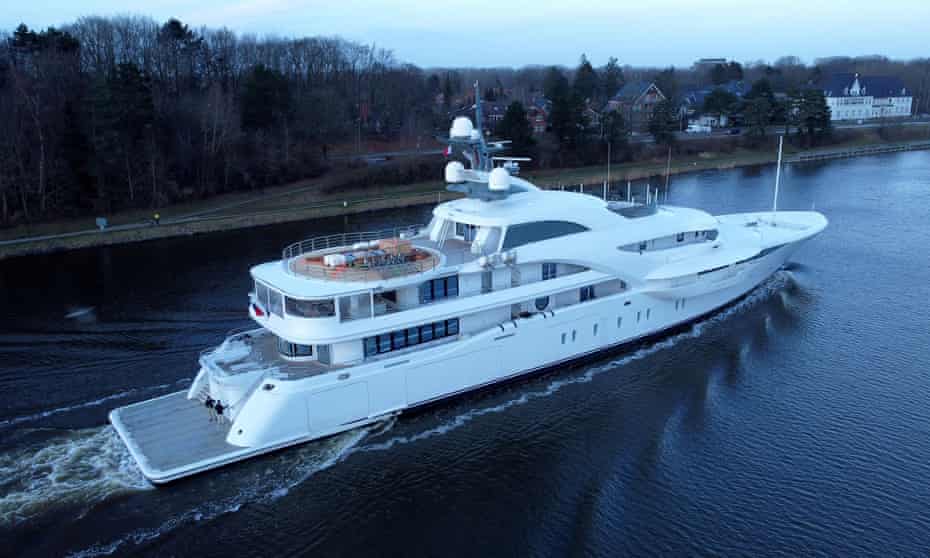 According to the department, Kochman’s company “provides yacht-related services to Russia’s elites, including those in President Putin’s inner circle”. It identified four yachts “favoured by Putin” that the Russian leader has “taken numerous trips on” as recently as last year: the Nega, the Graceful, the Olympia, and the Shellest.

The BBC Russian service earlier reported that the Graceful abruptly left the German port in Hamburg where it was docked for maintenance two weeks before the invasion of Ukraine, prompting speculation that it was trying to avoid sanctions as it arrived in the Russian exclave of Kaliningrad. 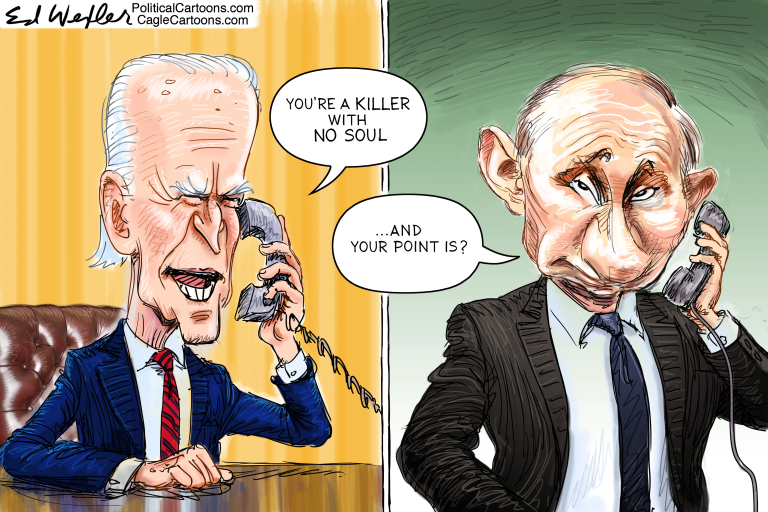 Notably, the treasury department did not name the 459-foot Scheherazade, an Imperial Yachts-linked ship that was seized last month by Italy for its ties to Putin.
The multi-million-dollar mega yacht Scheherazade, docked at the Tuscan port of Marina di Carrara.

‘Mysterious’: the $700m superyachts in Italy some say belongs to Putin

The White House said in a statement that the latest sanctions were designed “to crack down on evasion and tighten our sanctions to enhance enforcement and increase pressure on Putin and his enablers”. “Russia’s elites, up to and including President Putin, rely on complex support networks to hide, move and maintain their wealth and luxury assets,” said Brian Nelson, the undersecretary for terrorism and financial intelligence at the treasury department. “We will continue to enforce our sanctions and expose the corrupt systems by which President Putin and his elites enrich themselves.”

Putin at the time Had defended Roldugin and denied there was anything corrupt about his friend’s involvement in offshore companies. in spite of Putin lambasts all these disasters! adding US declared themselves God,s own representative on earth !!